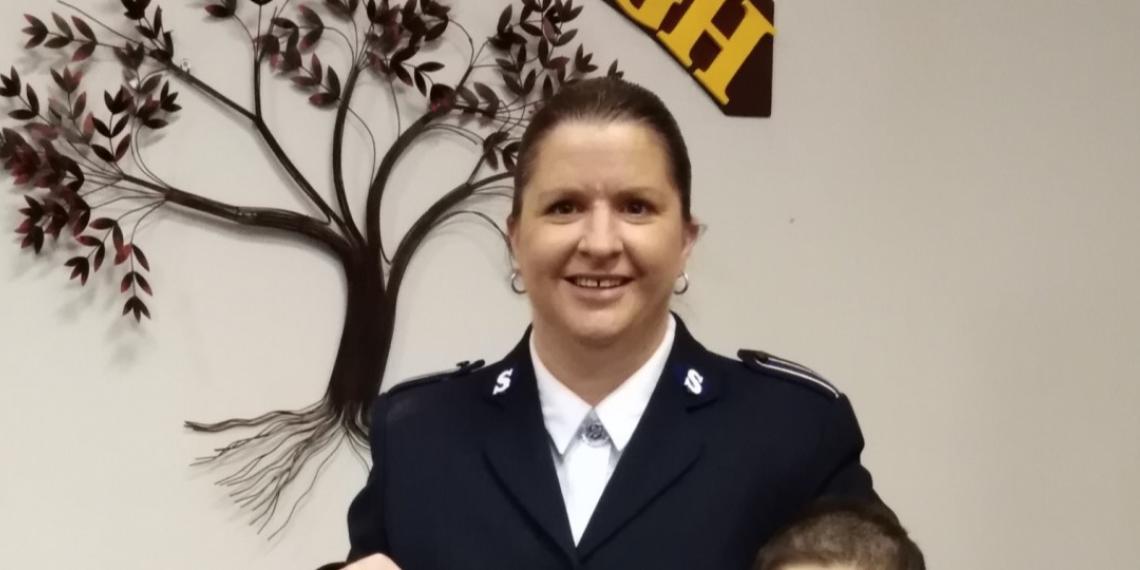 Angel Murphy, from Sydenham Corps, shares her struggle with abuse and addiction, until she surrendered to God and turned her life around.

I grew up in what seemed like a normal family, but, behind closed doors, my father was sexually abusing me. He was diagnosed with cancer and became a Christian. This made me quite negative towards God, because although the abuse stopped, my father said things like, ‘I’ve been forgiven by God’, yet he never apologised. I was a straight-A student and avid ballerina, but after an injury and his death, I rebelled by drinking and smoking, then moved into using marijuana and LSD.

I led a heavy life of addiction and gangs until 2008, when my house got burned to the ground by someone who had a vendetta against me. I realised then that I was in over my head. Not long after, I found out I was pregnant again, with my little girl, Madison. My two other children had been taken off me. I had no power, no food. I had the drive to give up using drugs, but the addiction was overpowering. I remember lying on the floor and I reached out and said my first-ever prayer: ‘If there’s a God out there, now could you please help me?’

I found my way to the Bridge programme. I was overwhelmed with the kindness that the Sallies showed me. I didn’t understand how they knew everything about me, but still liked and loved me anyway. I welcomed God into my life.

I got my diploma and worked at the Bridge for a while, but after five years, violence crept back into my life. I stopped going to church and AA. This time, I handed my children over because I didn’t want to drag them through my relapse. I wound up with 26 criminal charges, and after five months on the run, I woke up in an at-risk prison cell. That day, I asked God back into my life. In that cell, I was only allowed a Bible, and I remember looking up and saying, ‘Okay, God, I get the hint’.

During my two-and-a-half-year sentence, I went to church weekly and did every available rehabilitation programme. Two weeks before my parole hearing, I found out that Madi had cancer. The officers were great; they paid for the overtime to get me to the hospital for those two weeks I was still inside, and I was granted same-day release at my hearing.

Madi had two brain surgeries, six weeks of radiation and four months of chemotherapy. In January 2019, she was in remission, but three months later, the cancer came back. Now, she is palliative and terminal. I believe that everybody is put here for their assignment. Perhaps Madi’s is over, and maybe in her 10 years of life, she has changed the world more than some people do in 75. I rest assured knowing she’ll be with Jesus.

People say I should be falling apart at the seams, but I’m not. I’m grateful for every day I have with Madi. In spite of everything, I have a good life. I worked my way up to become a team leader at a mental health hospital. I celebrated three years sober in August 2019. God is always there. He doesn’t judge or hold grudges. He can miraculously heal lives. I don’t understand the person I am today compared with the person I was—my thinking is different, my actions are different, my life is different.

I became a soldier in April 2019. I got that calling in prison, and if God calls me to be an officer too, I’m hoping that’s the way I’ll go. I really affirm what The Salvation Army stands for, and also making those promises in front of the Lord that I won’t put anything harmful into my body, soul and life anymore.