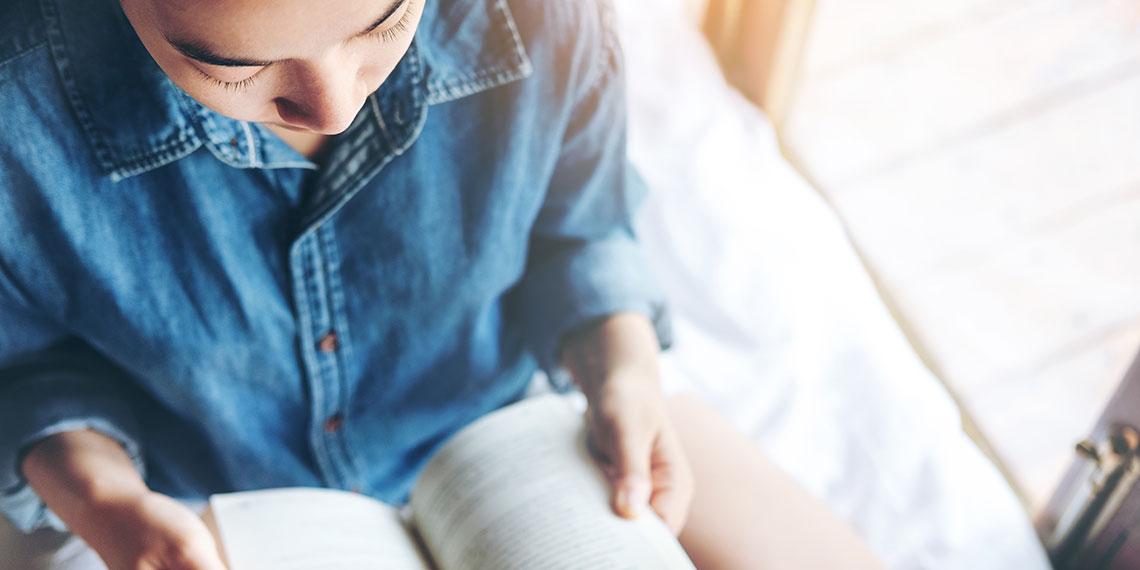 Lieutenant Colonel Dean Pallant, author of To Be Like Jesus! Christian Ethics for a Twenty-First-Century Salvation Army, has bravely chosen to ‘go there’ and write a necessary and important book for our times.

‘There have been few books about Salvation Army Christian ethics for 30 years. There may be a reason for this silence—ethics and moral theology raise sensitive issues that are increasingly divisive. It is tempting to avoid talking about these issues and hope they go away. This is naïve and unhelpful,’ Dean explains. ‘The tough issues are not going away.’

Instead of just treading water when it comes to the tough issues, Dean invites readers to open their mind, heart and spirit—and dive beneath the surface together. Christian ethics enables us to navigate the sea we are swimming in with increasing confidence.

In the following extract of selected comments from the book’s introduction and first chapter, Dean sets the scene and introduces some frameworks, such as the Wesleyan Quadrilateral, Faith-Based Facilitation and the Four Voices of Theology. These tools, he says, ‘can help readers grapple with complex issues that confront people in the twenty-first century. We are people of mission and we need tools that can help us both speak and act with the mind of Christ and in the power of the Holy Spirit.

‘I am not naïve. I expect some readers will disagree with many parts of this book because it discusses some contentious and complex issues. However, I am confident the Spirit will also help readers think about issues that require a faithful, credible response from Christians today.’

The traditional ways of teaching ethics are not working as they once did.

Providing easy answers to every question is not Dean’s aim. ‘My desire is to help readers develop their capacity to think and reflect how we can be more like Jesus.

‘The gospel of Jesus is timeless, but we cannot rely on nineteenth- or twentieth-century strategies and tools. We have a gospel that matches the hour and it needs to connect with the challenges of life in the twenty-first century.’

A book of two halves

The book is comprised of two sections, with the first part developing foundations ‘to help Christians have a secure and solid faith in Christ so we can make wise decisions and enjoy life in all its fullness, as promised by Jesus (John 10:10).’

Chapters one through five cover the following foundational topics: Christian Ethics for Every Christian—Definitions and Tools; The Bible’s Big Message— Creation, Fall, Redemption; Which Lens Are You Using?—Everyone Makes Choices; Every Relationship is a Holy Covenant—Challenges and Opportunities.

Chapters six through to seventeen build on these foundations, ‘by exploring what it means to be like Jesus today in relation to controversial issues, such as racism, refugees, the use of power, politics, human sexuality and using the Internet.’ Dean makes plain that his desire is ‘not to cause division but to advance openness in discussion among twenty-first century Salvationists about the tough and controversial topics of our time.’

A book for everyone

To Be Like Jesus! is a book for everyone—not just academics.

Calling out the elephants

Dean concludes his introduction by challenging those in Salvation Army leadership to engage with the uncomfortable issues discussed in his book.

‘As Major Peter McGuigan articulates in his recent book, The Leadership of Jesus, being like our Lord incorporates being like him in our leadership. That includes being leaders who will not shrink from or avoid the issues confronting humanity, but who will help our people to face and address them. “Jesus was the master at calling the elephant in the room,” was how McGuigan wrote about it.

People—particularly younger generations—do not want to be told what to think. They want to work out what they believe for themselves.

‘When I look closely at his interaction with the people of first-century Palestine, as recorded in the Gospels, I can’t help wondering whether it was his number one leadership strategy. Jesus never failed to call the elephant in the room, though he made the call differently every time.’

Jesus modelled such leadership to his trainee-disciple team who, post-Pentecost, McGuigan noted, would themselves begin calling out the ‘elephants’. If we cannot provide such leadership amid the complexities of twenty-first century life, The Salvation Army will fail in its God-given mission of personal and societal transformation.

Don’t tell me what to think

That said, in chapter one, Dean speaks the truth when he writes, ‘The traditional ways of teaching ethics are not working as they once did. People—particularly younger generations—do not want to be told what to think. They want to work out what they believe for themselves.

‘Historically, Salvationists have been used to getting instructions and directions. Leaders decide and issue instructions—often in an autocratic manner. People under them are expected to salute and obey. This approach is less effective these days. Unfortunately, trust in leaders—in all parts of society—has declined. People need to be convinced of the truth and inspired by love to be followers of Jesus in the twenty-first century.’

Lieutenant Colonel Dean Pallant DTh is Secretary for Communications for The Salvation Army United Kingdom Territory with the Republic of Ireland. He was the secretary of the International Moral and Social Issues Council (IMASIC) for over a decade. Dean is also the author of Keeping Faith in Faith-Based Organisations.

This is a book all Salvationists should read, think about and discuss with other Salvationists. Lieut-Colonel Dean Pallant has spent two decades engaging in the international Salvation Army discussion in the area of ethics. He has a clear understanding of traditional Salvation Army ethical positions but has spent a great deal of time and effort in thinking how these moral positions should be framed in the current context of the global Salvation Army. As with all books on ethics, those with a more liberal or more conservative view than the author may be disappointed. Disappointment should be short-lived, however, because Dean uses a variety of tolls which encourage the reader to develop their own ethical position based on their biblical, theological and historical interpretations. This is a helpful book for all Salvationists concerned to live their faith in the twenty-first century. —Major Campbell Roberts, NZ