Learning to trust | The Salvation Army
Skip to main content 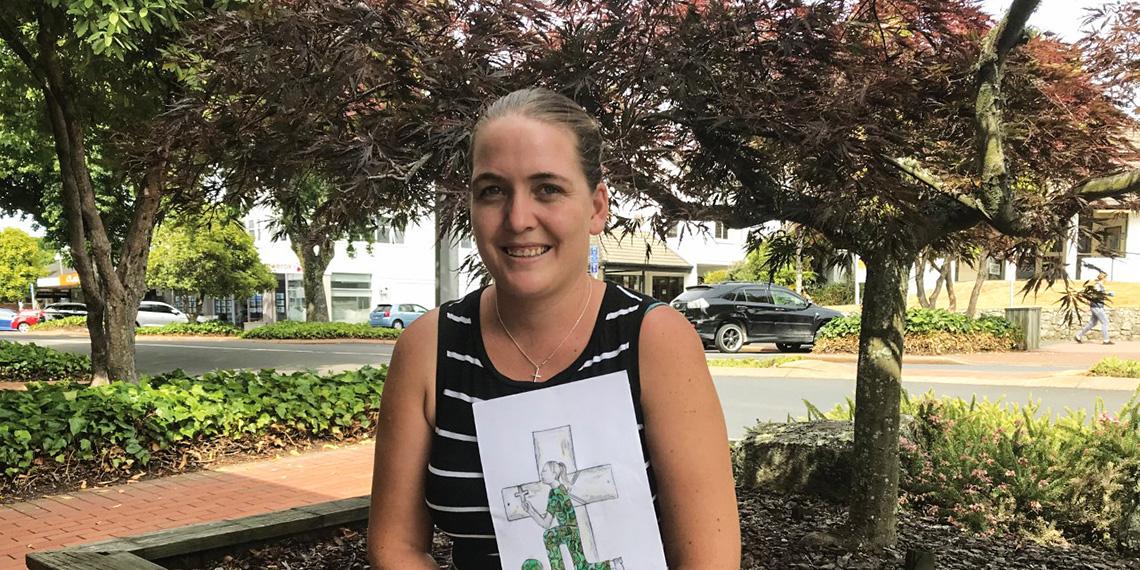 Since coming to know God one year ago through a life group, Lisa Davies has learned to trust him—particularly when it comes to her son’s medical condition—and interpret the hidden messages in her own artwork.

I was born in Hastings, the youngest of three girls, and we moved to Rotorua when I was five. The Rotorua Family Store is where I originally started at The Salvation Army as a volunteer, about three years ago. My son Elijah was getting older and it was something to do, basically.

Elijah was born with Cystic Fibrosis. It’s genetic, and it’s life-altering. He takes up to 10 tablets a day and has countless other medications and stuff that he has to do. I spent quite a few years in denial about it, because that was easier than accepting it was happening to my own child. Because he was my first child, I had nothing else to go on. When it came to all his needs, that has always been my normal. But he is doing good. He’s a normal seven-year-old boy, he just takes lots of medication. He does baffle doctors quite a bit—there’s no medical reason why he should be so healthy.

About a year ago, I started going to a life group, and then I slowly felt the need to go to church. Walking in the first time I was pretty much petrified, but as soon as I went in, there were people I knew from the shop, and it was all hugs and stuff like that. No matter what, the Rotorua Corps has always been really welcoming. If you miss a week, for whatever reason, they always notice that you’re not there and check up to see how you’re doing. Kylie Overbye (corps officer) and I have had good talks, and she’s always been the one I’ve gone to when I’ve read something or if something doesn’t seem quite right. I’m still part of the life group, and I’ve just made the decision to change over from the shop to ministry work.

I do a lot of artwork, which is where my decision to become a soldier started. I work with pencil and charcoal mostly, and I began feeling the need to draw soldiers. They had to be drawn in a very specific way. I did about four different ones before I got it right and was satisfied. It was a soldier—they had no weapons, no guns, no helmet—and were looking at the cross. Once I drew it, I knew, ‘okay, this is what I need to do.’

When it comes to my drawings, they always have a secret meaning behind them. They’ve got a story behind what you’re seeing on the page. It kind of inspires me to keep going, and one day I will share them with others.