The question of legacy | The Salvation Army
Skip to main content

The question of legacy 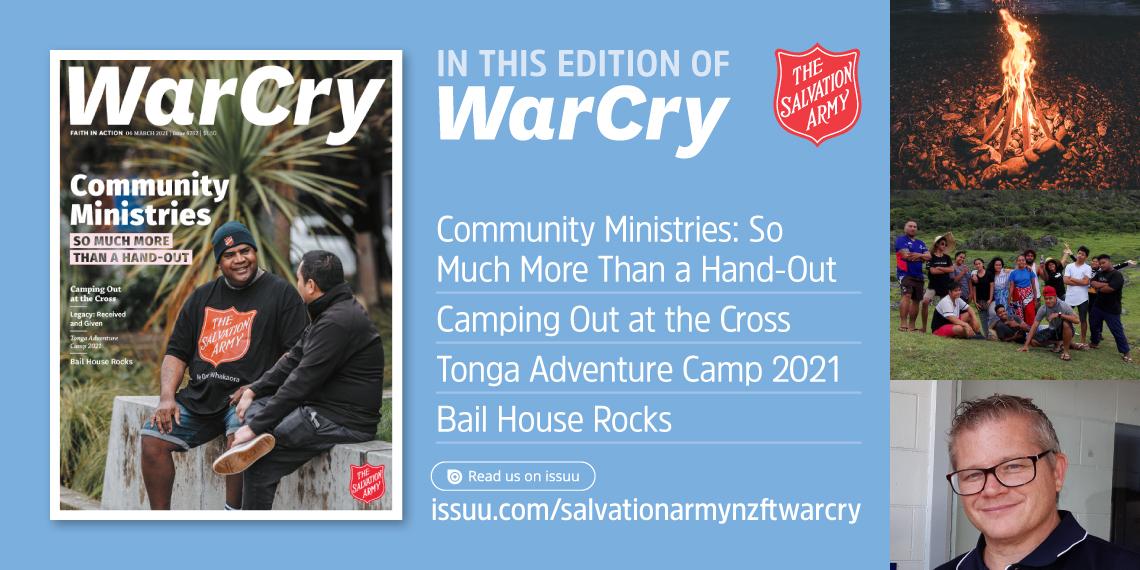 In this edition of War Cry, Captain Bryant Richards speaks to the importance of legacy (page 19). I too have been left a strong Christian legacy by men and women who have modelled to me devotion to Christ. Two people in particular come to mind: Commissioners Garth and Mel McKenzie.

I am mourning the passing of Garth McKenzie, who has had a strong influence on my spiritual life and has modelled what it means to daily walk with God. He was a man of prayer and faithful to pray for anyone … no matter what they needed, no matter what the struggle. He was disciplined in his spiritual habits and this consistency brought a depth and insight into his understanding of the human condition and the faith to move the mountains that often seemed immovable.

One memory in particular was as I returned to Territorial Headquarters from Major Harold Hill’s funeral (another mighty man of God). I was walking back to work and chatting with Garth. We cut through a small park and he pointed to a plaque at the bottom of a tree. He asked me to read the plaque, and explained that the City of Wellington had honoured a Salvation Army officer for his work in the city centre. He then went on to say that the tree and plaque were planted and laid after the officer took his own life. Garth turned to me and said, ‘We are very good at looking after other people, but not always good at looking after our own’. Sitting on a park bench next to the tree was a homeless man who mocked Garth’s uniform and joked about the Army. Garth replied, ‘Yes, brother, I belong to God’s mighty Army’.

These two statements sum up for me Garth’s heart. A man who deeply cared for people and a man who deeply cared for God. He was also committed to The Salvation Army, and his legacy will live on in my life and also in the lives of many other people who knew and served with Commissioner Garth McKenzie. His life has indeed left an enduring legacy. The question is: what legacy will each of us leave?

1 Chronicles 16:11
‘Look to the Lord and his strength; seek his face always.’