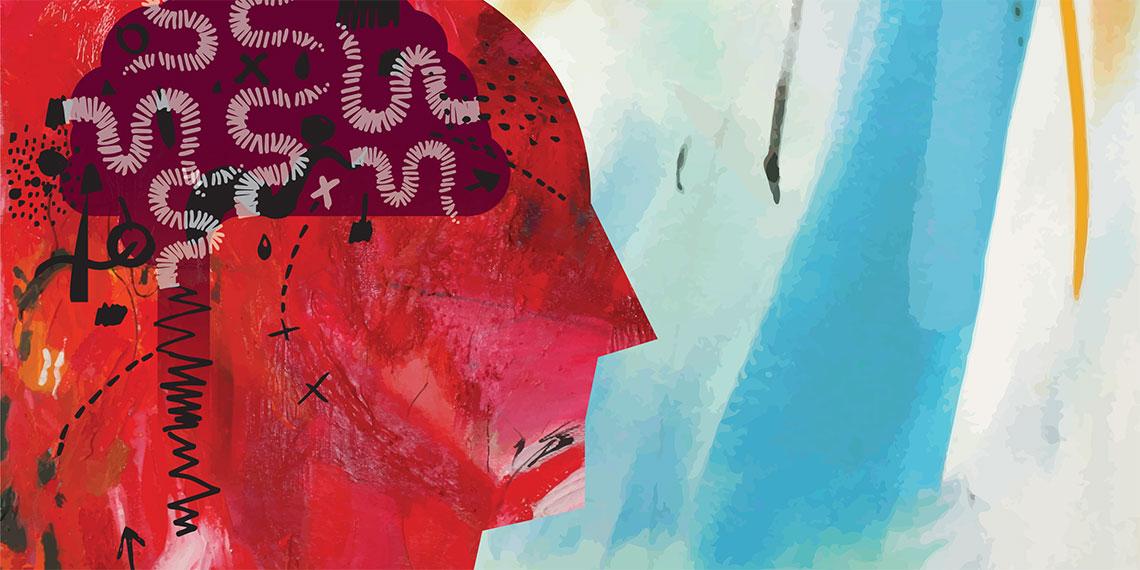 As leaders in the church, Captains Jules and Mat Badger believe they have a unique perspective to bring to the conversation of mental health. In 2012, Jules experienced a breakdown and Mat was thrust into the role of a support person. They hope their upcoming book which they are writing, called When the Light Goes Out, can help people suffering from poor mental health and encourage the church to become a place of refuge and healing.

When Jules Badger began documenting her lifelong struggle with mental health, which almost took her life, there was no intention for anyone else to read it. However, she soon wondered whether her story as a church leader wrestling with depression and anxiety could serve a purpose beyond personal reflection. Her husband Mat also recognised that he too had a unique perspective which would be helpful to capture, as the person who had gone through the process beside her.

They are currently working on their book, When the Light Goes Out, which contrasts the experiences of someone in the middle of a mental health crisis and the loved one trying to walk with that person out of the darkness. From their unique viewpoint as Salvation Army officers, Jules and Mat hope they have created a resource for those journeying through a similar experience, as well as others who might not understand the complexity of mental illness.

‘Covid-19 is one of the epidemics of our time, but actually if you took that out of the picture, the major epidemic of our time is poor mental health,’ Mat says. ‘And maybe it’s not that it hasn’t always been there, but it’s becoming easier to discuss.’

After living with undiagnosed mental illness, Jules’s first breakdown occurred in 2012, a culmination of toxic factors, unresolved grief and trauma, all mixed in with what was diagnosed as a natural chemical imbalance.

‘My faith was very much my job. I fell into what professionals refer to as “overidentification with the role”, so I became someone who thought I was indispensable.’

At the time, Jules and Mat were the corps officers at East City in Howick, Auckland. On rostered days off, Jules felt the need to go into the office, keep busy or make sure the house was immaculate. In her quest for perfection, she thought everybody had their eyes on her, expecting her to live up to those high standards.

Jules didn’t sleep. Plagued by rising anxiety and racing thoughts, she lost her appetite and would wake up feeling like there was a rock in her gut. She thought this was how everybody felt, that they were trying to handle their stress just like she was. Even when her doctor suggested she begin taking antidepressants, Jules did not believe she was mentally unwell, certainly not depressed. After all, she had a wonderful husband, beautiful children and a ‘great life’.

Jules thought she was going inexplicably crazy. How could she be a church leader and yet not ‘take every thought captive’? Where was God? Because as far as she could tell, he had abandoned her. Her mental health eventually deteriorated to the point where she wanted to take her own life.

‘That’s what an unwell brain thinks is a logical thing to do to stop the racing thoughts, to stop the intrusive thoughts. I thought I was going crazy and that my family would genuinely be better off without me. The only thing that stopped me was knowing I’d lived without a parent and been through that grief and I couldn’t do that to my kids.’

Instead—with great difficulty—she told Mat. The crisis team became involved and it was decided that she needed to enter respite care.

At first, Jules admits she felt ashamed to be a pastor in a mental health facility. However, through several visits from their colleagues and friends, including then-Northern Divisional Commander, Colonel Heather Rodwell, she was reassured that her church could and would accept her as she was.

‘Heather was like: “Jules, in this moment, you’re not the pastor. You’re just Jules, and you are having a thoroughly human experience. We love you and what you’re going through is okay and it’s going to be okay”.’

Jules’s breakdown became the turning point to regaining her connection with God and transforming her mental health.

With the help of medication, therapy and pastoral care, along with implementing greater rest and slowness into her life, healing was possible. Far from an imposter, Jules was the proof that you could be a Christian leader and still suffer from depression, the same way a Christian leader might live with a physical injury.

‘We don’t try and pray away a broken leg. We don’t say to someone who’s got a heart condition, “stop taking your pills, have faith”. And yet sometimes when it comes to mental illness, we’ve set people up to fail,’ Jules says.

‘I’m not suggesting that some people haven’t had miraculous experiences but, for me, my miraculous experience was a combination of intelligent medical professionals who God had gifted, who have studied the brain, and the love and care of my family, the body of Christ and The Salvation Army.’

When Jules returned to work after three months, it was never again for a sixty-hour week. She eased back upwards from part-time hours, and if she ever worked overtime, she knew to rebalance the scales.

Even so, Jules describes 2017 as ‘the perfect storm’. There were work pressures, their daughter Gabbie became unwell and it was the twenty-fifth anniversary of her father’s death. However, this time Jules had strategies in place and went through the year knowing God was present, which turned a terrible year into a time of healing.

Thankfully, Mat was surrounded by his own support network. Even when Jules was out of action, he wasn’t leading East City alone. ‘I had great people in place who knew their jobs. Basically, I went through a season of just checking in with them, making sure they were on track.’

Work colleagues made sure he wasn’t putting too much on his plate and, where necessary, made him leave the office early. About six months later, Mat took a trip to his parents to rest. ‘I must have slept for seven or eight days.’

‘Reading the book has been quite moving for me,’ Jules says. ‘Mat will write a chapter and I’ll go, “Oh, my gosh, I hadn’t considered that was happening for you”.’ For example, ‘Mat writes a part where he then went out to Muriwai one day and just sat in the car alone and tried to process everything, and I didn’t know that’.

The familial and work support, as well as remaining involved with sport, was important in making sure Mat stayed on top of his own mental health while taking care of Jules, their family and the corps.

‘We saw the body of Christ at its best,’ Jules says. ‘We were very blessed in that season to be so well cared for by our own congregation. We were the pastors that got pastored for a good six months, and we’ll always be really, really grateful to the East City community for that.’

Their experience is symbolic of what churches can offer mental health sufferers if they have compassion, can understand and recognise symptoms and know the best way to respond in emergencies.

‘The night that everything turned to custard for Jules, there were things going on for her physically where her skin hurt, where she was pacing around,’ Mat says. ‘There was a guy in East Auckland who we helped to get into care and when I first met him, he was pacing around, his skin was hurting … I was like, oh, I already know what’s going on here.’

Change in the Church

For someone whose job description was to offer and spread the news of God’s grace, in the thick of her mental illness, Jules gave no grace to herself. Realising she didn’t have to be perfect for God to love her, or for her to be a good leader, was a revelation, and Jules worries that this is emblematic of how many church leaders feel.

In particular, the work of Christchurch-based counsellor Richard Black (Director of Mind Health), which found that the pastor role can be toxic to the emotional health and intelligence of the person in it, has spurred Mat and Jules to push the conversation of mental illness within the church, particularly amongst its leaders.

‘We can so quickly fall into perfectionism and overidentification with the role and focus on the wrong things. It happens to so many pastors, and he [Richard] even says some end up having affairs or committing fraud, they sin to get out. They self-sabotage to get out.’

Both of their current positions with the Army—Mat is the Territorial Youth Secretary, while Jules is Assistant Writer for War Cry—enable them to help others and advocate in the mental health space. Starting with The Salvation Army they want to stamp out any lingering, outdated ideas that struggling with mental illness is a marker of lacking faith.

‘In the same way someone has terminal cancer and ends up dying from cancer, you can end up dying from mental illness through suicide—not because you’ve chosen it, but because death seems like the logical solution,’ Jules says.

‘One of the things that often happens in church circles is that you have very well-meaning people with good intentions, who simply have this idea that we can pray this stuff away,’ Mat adds.

Jules and Mat now see instances of mental health struggles in the Bible—such as the Psalms and Proverbs—that change the way they read Scripture.

‘My interpretation as I read Elijah was he was burned out, and he went into the desert and what did God give him? Rest, care of his physical needs and an encounter with him. And for me, that’s a really good summary of what happened,’ Jules says.

With the enormous waiting times for affordable mental health care, not everyone has equal access to crucial support. The Salvation Army is renowned for providing wraparound services; it is integral that everyone involved at each level knows how mental health sinks its teeth into the many issues they are dealing with, and how they can respond effectively.

‘The vulnerable and marginalised in Jesus’ day may have been tax collectors and prostitutes and lepers. I would say today it is the mentally ill, the poor, LGBTQIA+ communities,’ Jules lists. ‘We have the marginalised and vulnerable of our generation and we need to give them greater love and attention, just as Jesus did.’

‘It’s challenging, not just The Salvation Army, but the wider church, to up our game and the way that we engage with people who have poor mental health—not just leaders, but people in general,’ Mat says. 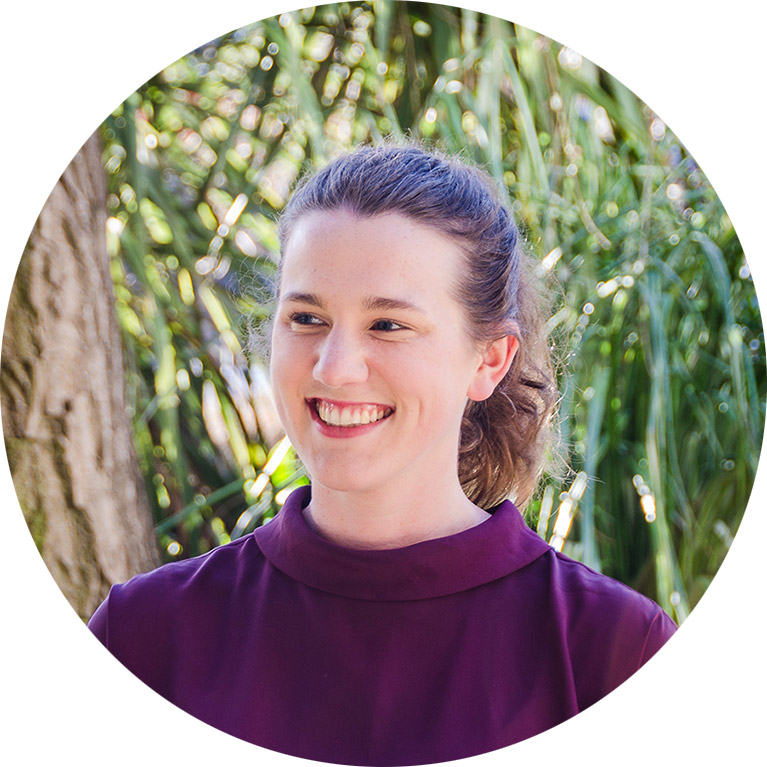 Bethany joins the Communications Department as a writer for War Cry. She grew up in Adelaide, where years of filling notebooks with stories and scribbling in the margins of church newsletters inspired her to study a degree in Creative Writing and Media, followed by an internship in Publishing.

Her weekends are often spent donning the goal attack bib, supporting her beloved Adelaide Thunderbirds, or writing for Netball Scoop. Otherwise, you will find her reading, making homemade cards, or watching Pixar films.

All articles by Bethany Slaughter