Creative or copycat? | The Salvation Army
Skip to main content

How can we be woven in creativity, rather than cultural copycats? 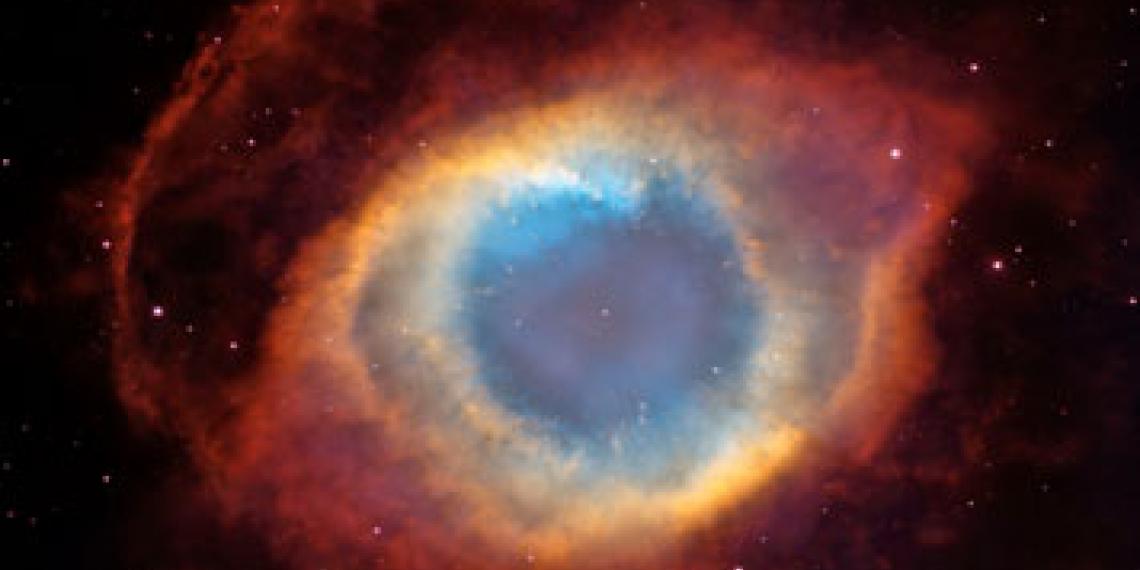 The two most creative things in the world are creating another life, and assisting an existing life to come to know the Author of Life,’ says Graham Burt. It’s a typically profound statement—the kind you need to pause for. But for Graham, this is simply how he brings together the many strands of an impressive life portfolio.

Graham’s latest project is a book about the creative process, whose working title is Same.Different. He’s an ad-man by trade, having worked for some of the world’s most prestigious advertising companies, including Oglivy and Mather, and Saatchi and Saatchi. But when I ask him about his own creative endeavours, he seems most at ease with talking about being part of the music team at his local church. ‘When I’m playing music at church—which is something we’d traditionally consider as “creative”—I’m encouraging people to fall more deeply in love with the God that I love. The goal is not music; the goal is to help people focus on the living God.‘So it’s the same with everything I do. When I’m working on a brand or product, I’m wanting to draw people to it, to the uniqueness and creativity behind it.’

Graham’s career highlights include the strategy and design behind the ‘Together 10CD’ collection, which skyrocketed to fame when it was named by then queen-of-daytime Oprah Winfrey as her current ‘favourite thing’. But he prefers to talk about being chair of Laidlaw College, New Zealand’s number one theological institute, as his current creative adventure. ‘I love it because it’s where people come to be inspired,’ he says.

A cosmos of creativity

I have to admit, I expected a marketing guru to be skilled at blowing his own trumpet, so am surprised to find Graham almost uninterested in talking about himself. Instead, he focuses on a philosophy of creativity that is simple and beautiful, or perhaps beautifully simple: ‘We’re made in the image of God, who at his core is deeply creative and loving, so we’re all capable of being loving and being creative,’ says Graham. ‘Every human is creative—whether you’re an accountant, lawyer, musician or so forth.’

This vision of creativity extends to the cosmos, and back again to the smallest details of life. ‘Every single second of every day, our world is getting more and more different. When a baby is born, a new leaf buds, or a snowflake falls, it’s a unique event,’ he says. ‘We know the cosmos is expanding—it’s a great mystery that the universe is still growing. All the difference in colour and texture and shape is a delight to God because he’s infinite, and infinitely creative.’

Graham gives a surprising example of this creativity in action: ‘If you work in an office cubicle, it should be changing all the time. That doesn’t mean you have to be untidy, but surround yourself with things that give you pleasure. Our life should be full of ephemera.’ (I sneak a look at the dictionary later, and discover that ‘ephemera’ means ‘things that are enjoyed for a short time’: the infinite, ever-changing universe right there in our office cubicle.)

Within this vision of creativity, our goal is not to do something unique, but to be uniquely human. ‘When you understand that the world is so vastly different, and that every person has something unique about them to share, you can walk into almost any circumstance and say to yourself: ‘This person was meant to be.’ My role is not to be noisy about myself, but to listen, learn, observe and share.’ So, working behind a shop counter can be a creative exercise—knowing that every new customer offers something unique to be shared.

It also means that what you love, doesn’t have to be the same as what others love. In God’s creation, there is no hierarchy between classical and popular music; between politicians and protestors; between a ‘sci-fi geek’ and a ‘literature buff’. ‘We’re all different—we’ll all be moved by different things and fall in love with different things,’ Graham notes. ‘If you’re enthusiastic about it, if it touches you, embrace it. If someone else doesn’t love it, who cares?’

This strains against a culture crammed full of marketing images that promote ‘sameness’, where ‘we’ve learned to put up barriers against people who don’t like the same stuff as us’, says Graham. He is critical of the marketing obsession with ‘fabricating reality, and putting the individuality of people into boxes, in order to sell a product’. Although he adds, ‘But if you are inherently proud of a product and you love it, you can offer it unhesitatingly to somebody else—I have absolutely no problem with that.’

The very best type of creativity is ‘heading in the direction of more and more difference, rather than controlled and contrived’, says Graham. ‘We’re not trying to constrain and copy; we’re swimming in the infinite difference that God has created.’

It begs a difficult question: Why, as Christians reflecting God’s infinite creativity, do the Christian arts often look so much the same? For every cultural movement, a Christian version is likely to spring up several years later—from music genres, to self-help books, to dating websites.
Why does Christian culture seem to lag behind the rest of the world?

The simple answer is that ‘it’s hard not to copy, because that’s so easy to do’, says Graham, ‘But I am perturbed that we take the easy way out.’

Perhaps the real answer can be found in Christianity ‘the people’, verses Christianity ‘the industry’—which is marketed towards sameness just like any other product, and puts a diverse group of people into a box labelled ‘Christian culture’. ‘I think that’s partly because Christianity can lean toward a conservatism that isn’t correct,’ Graham ponders, ‘but we’re a vibrant, dynamic people; we’re a rich tapestry of colour making a magnificent picture.’

In reality, people who call themselves Christians are bringing uniqueness, colour and creativity to every industry. From innovative artists like Mumford and Sons, to the popular Brooke Fraser; from sports heroes, to business people making a stand for sustainable practice. The key to drawing out your unique creativity—no matter what you’re passionate about—is to resist the ‘copycat’ trap, and instead, to ‘love it to death’.

‘Whatever you’re passionate about—law, music, numbers—absolutely wrestle with it. Read everything you can, work diligently, be hungry for information, absorb all you can,’ says Graham. ‘Pray about it—I’m not just saying that, I’m convinced it works! Talk to God about it, chat it over with him, and I guarantee you will be amazed by how God inspires you to come up with an original, creative idea.’ In other words, the inspiration comes after some hard mental, emotional and spiritual graft.

Giving it all you’ve got

One of Graham’s current projects is as CEO of Lonely Dog, a company inspired by South Island artist Ivan Clarke and his paintings of a canine character called the Lonely Dog. ‘When I first went to see Ivan he was painting and sketching this amazing stuff, but it was scattered everywhere—under the couch, on his pad. It needed to be pulled together, shaped and made coherent.’

Graham spent two years helping evolve the paintings into exquisite, limited edition ‘Almalogues’ that feature embossed leather covers and medallions by Sir Richard Taylor of Weta Workshop. ‘It was going to be impossible to print, impossible to bind, impossible to make the cover. We had to wrestle with every obstacle,’ says Graham. Today, the Almalogues have won three gold Pride in Print medals, and sell for up to a staggering $60,000 each. Richard Taylor has created bronze statues of the Lonely Dog, and Hollywood has expressed interest in the movie rights.

It’s an amazing creative success-story-in-the-making that Graham says would never have been birthed if they hadn’t ‘loved it to death’. ‘It’s years in gestation. It takes time, and you’ve got to give it all you’ve got.’

So what fuels Graham’s passion for creativity? Rather than a grand, influential figure, he chooses a series of small ephemera: his favourites are an ‘elegant’ lyric from Bob Dylan, a ‘silly kid’s verse’ by Spike Milligan, and a poetic C.S. Lewis quote. But Graham’s most genuine answer reflects the creativity found in our unique, everyday lives: ‘My children really inspire me—and my wife. It sounds cliché, but when you live with people you see them first hand and you live the struggles with them. That makes them genuinely inspiring.

‘Funnily enough, the things I’m most proud of aren’t the obvious things,’ he says. ‘The most creative things we can do are not the big gestures, but the small touches that go on to have great effect.’ And this is when Graham pauses, with tears in his eyes. ‘I get emotional because it’s so central to the heart of God. If we can do today the one or two things that his quiet voice asks us to, we just don’t know what will happen.

‘That quiet voice can lead to an explosion of difference that goes on to infinity. How mind-blowing is that?’