The debate over social welfare is again in the spotlight. 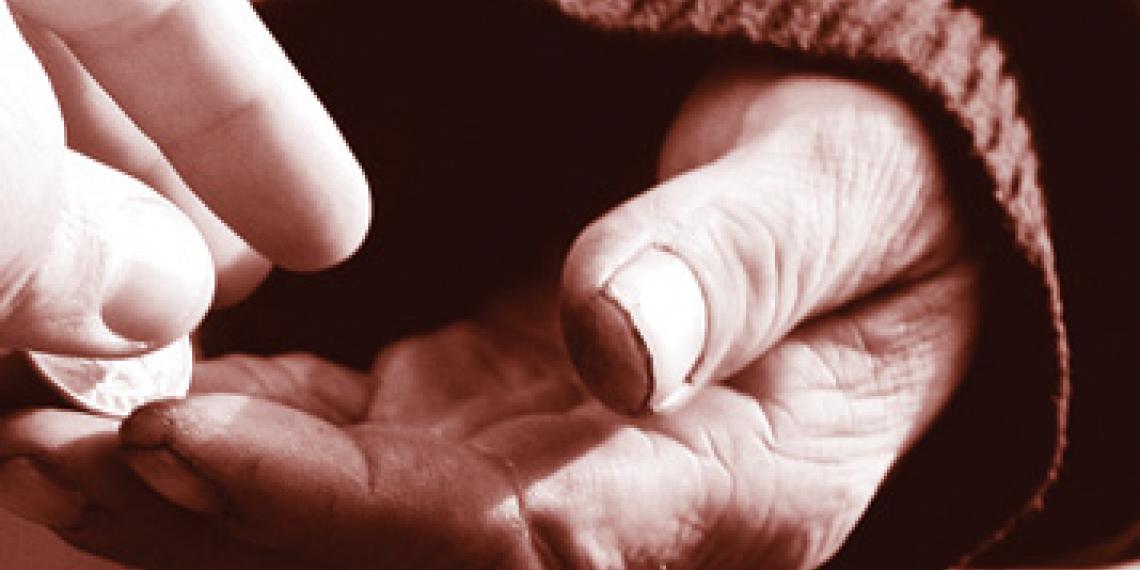 The New Zealand Government’s Welfare Working Group has presented its final report, with the aim of identifying how to reduce long-term welfare dependency.

It’s easy to agree with this goal. No one would argue that having some 325,000 people dependent long-term on a minimal welfare payment is a good thing—either for beneficiaries or for the nation. What is easy to overlook, though, is how the welfare debate is being re-defined as a personal issue and a personal responsibility. Deeply embedded in this thinking, is a stereotype of beneficiaries ‘choosing’ to be on welfare.

The Alternative Welfare Working Group, set up by NGOs to challenge the Government’s perspective, notes that most people find themselves on benefits ‘as a consequence of something horrible happening’[1] and not as a personal choice. Other commentators have sensed that the Welfare Working Group seems to be more troubled with how to contain and manage ‘throw-away people’—the people who we ‘write off’ and declare to be ‘use-less’.[2]

Where is the work?

The Welfare Working Group is concerned with ‘better work outcomes’. There’s no doubt that meaningful, paid work is critical for both personal development and the productivity of our nation. But where is this work?

Paula Rebstock, chair of the Welfare Working Group, says our economy has created some 500,000 jobs since 1986, and to question whether or not there is work is a ‘cop out’[3]. But Tim Watkin, a political commentator with Pundit, challenges this:

A tutor of a ‘Back-to-Work’ programme—a collaborative employment project between The Salvation Army and Work and Income—spoke with me about how difficult it is to get people back in to work:

The Welfare Working Group contends that social welfare is a financial drain on the public coffers, a ‘liability’ to the state and—extending this logic—to taxpayers (which ignores the fact that even welfare beneficiaries pay taxes)[5]. By 2050, they argue, welfare could cost the public purse more than $50 billion. However, this is a highly-inflated and politicised figure that has already been widely disputed: ‘[The] $50 billion figure is rather meaningless ... concocted to paint the benefit system as an intolerable financial burden,’ says John Armstrong, a political journalist for The Herald.[6]

These directives of the Welfare Working Group capture some of the intense divisiveness and electioneering that is currently dominating the welfare debate. So is there more to welfare reform than economic concerns and populist politics? Is this a fair and full interpretation of what is social welfare?

In its submission to the Welfare Working Group, The Salvation Army’s Social Policy and Parliamentary Unit states:

‘We know, through our own experiences in working with tens of thousands of poor and needy New Zealanders each year, that this problem of dependency is not as widespread or corrosive as some people would have the New Zealand public believe. We believe the emphasis on benefit dependency builds a sense of resentment toward New Zealanders living on benefits from working New Zealanders and that this is not helpful in any discussion where big long-term questions are being considered and where we hope to arrive at some new consensus around the way forward.’[7]

Am I my brother’s keeper?

The public debates that encircle welfare is essentially about answering the ancient (and timeless) moral question: ‘Am I my brother’s keeper?’ (Genesis 4:9). Any review or reform of our welfare system should not be confined to merely ‘benefit dependency’, cost-cutting economics, or rational instrumental calculations. Welfare is a complex moral and ethical debate that includes the concerns of equity and the demands of justice; it is a debate about our shared responsibilities and what it means to live together.

… there is, let us be frank, no ‘good reason’ why we should be our brother’s keeper, why we should care, why we should be moral … Morality has only itself to support it: it is better to care than to wash one’s hands, better to be in solidarity with the unhappiness of the other than indifferent, and altogether better to be moral, even if this does not make people wealthier and the companies more profitable.[8]

If left to dominate the public welfare debate, issues of ‘dependency’ and ‘funding’—while critically important—will, in the end, individualise the problem and ‘demonise’ individuals. In the imagery of Bauman, we’re facing the haunting, immoral possibility of entire groups of people becoming ‘disposable’.

What does Noah have to do with it?

There is, lurking within the individualising spin of the Welfare Working Group, the echo of a different biblical event: the ‘failure’ of Noah. Although the Bible states three times that Noah obeyed God and got on with the construction of the ark, there is a contentious twist to this story, argues Jonathan Sacks, Chief Rabbi of the Commonwealth:

‘Throughout the whole of the narrative—the warning of the deluge, the building of the ark, the gathering of the animals, the beginning of the rain—Noah says nothing … In Jewish folklore Noah became a tzaffik im peltz, “a righteous man in a fur coat”. There are two ways of keeping warm on a cold night: buying a fur coat or lighting a fire. Buy a coat and you keep yourself warm. Light a fire and you keep others warm also. Noah, the righteous man, fails to exercise collective responsibility.’[9]

The Welfare Working Group is advocating for people to ‘buy a fur coat’—to see the welfare as a personal problem and a personal responsibility. But a fair and sustainable practice of social welfare demands a collective response. Welfare is our shared responsibility, a remembrance of something of the ‘sacred value’ of each other.

The timeless lesson of Noah is that ‘responsibility extends beyond the self. “It is not good for man to be alone”. We are part of society, sharing its rewards when it does well; its guilt when it does wrong.’[10]

As The Salvation Army also stated in our submission to the Welfare Working Group:

A broader review of welfare is required and in our view, this review should address the serious questions of inequality in New Zealand, including questions of inequality of opportunity, inequality of incomes and wealth and even the inequality in what New Zealanders aspire to. We believe that the Welfare Working Group has not set its sights high enough in its attempt to consider the question of the future of welfare and we urge it to do so during the remainder of its task.[11]

As the dismantling of the welfare state continues, The Salvation Army will also continue to juggle the demands of ‘crisis’ encounters with a longer-term view of a new community. These meetings of need and hope, have always been and will always be, the starting point and the promise of social welfare.

What can we do?