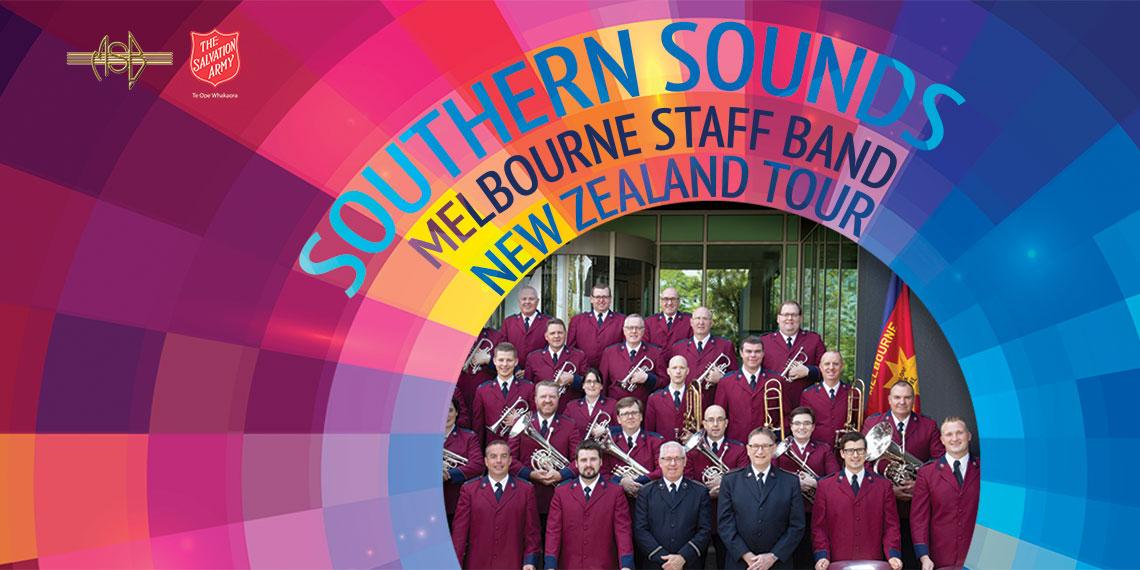 MSB are an internationally recognised band from the Salvation Army in Australia with a long and rich history of music making. They are particularly focussed on seeking to make their music relevant to the current generation.

The Band’s international reputation has been enhanced by visits to the U.K. (four times), Europe, Canada, the USA, New Zealand and, Korea. Recordings are regular features of the Band’s diary but not its raison d’être. It maintains its primary roles of supporting major Salvation Army events, sponsoring concerts with leading contemporary performers from Australia such as James Morrison (Jazz musician) and Slivie Paladino (Singer).

When Melbourne Staff bandmaster Ken Waterworth joined the Melbourne Staff Band in 1979, he already had a formidable reputation as a euphonium soloist. His progression to Deputy Bandmaster and, in 1994, to Bandmaster was smooth and natural as by then, he had established his credentials for leadership and musicianship far beyond the confines of The Salvation Army.

For over 25 years, Ken was the Director of Music at Eltham High School where he built the instrumental programme to the point where his Senior Symphonic Band was consistently a national pace-setter in the genre. Amongst many community honours recognizing this, he received the Prime Minister’s Centenary Medal for outstanding leadership and development in music education.

As Staff Bandmaster, Ken’s constant challenge is to affirm the relevance of the brass band in a changing Army musical ethos. He endeavours, he says, to extend the boundaries of musical styles of the Band ‘to serve the present age.’ He succeeds by maintaining the superb standards he inherited, producing attractive concerts, both contemporary and traditional, backed by innovative use of multi-media technologies, campaigning in corps throughout the country and actively encouraging the next generation of musicians.

This tour will have concerts in seven (7) venues from Auckland to Christchurch.

Any questions can be directed to: jim.downey@salvationarmy.org.nz