A fair price | The Salvation Army
Skip to main content 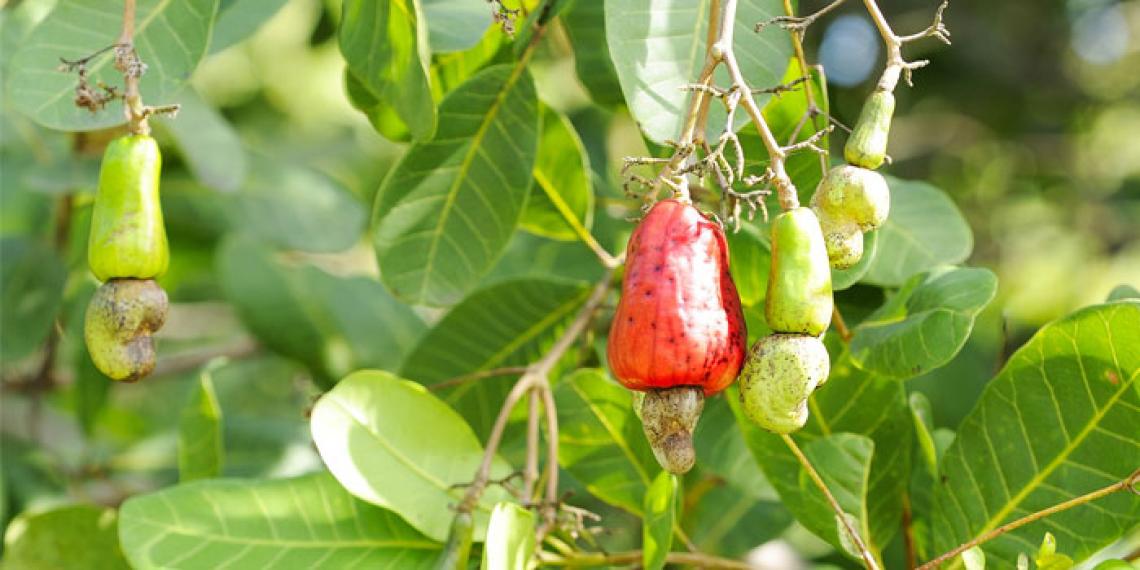 Have you ever seen a cashew nut growing on a tree? It is a strange, unexpected sight. A vibrant red bulb with the nut jutting out the end.

I picked cashew nut fruit for the first and only time in Cambodia a few years ago. We had tramped for a couple of miles through forest, guided by almost every member of the small neighbourhood we were visiting. We passed through orchards of cashew nut trees and palm sugar trees—this community had worked hard to find a sustainable income from this forest.

We arrived at our destination dripping with sweat. Here we were in a plain, cobwebby shed on the far side of their land. It hardly seemed worth the hot hike, but this hut was vital to the community. It was a watch point, and every night someone attended it, walking the border of their land—on guard.

This community had already had the edges of their land cut into. Over the past 15 years their section of forest had shrunk substantially at the hands of corporations. Trees would be felled in the middle of the night as overseas businesses illegally encroached on to small landholders’ property. It has happened across Cambodia on a massive scale—with over half of the country sold in private sales to private companies in just two decades.

With help from Cambodian development organisations, this neighbourhood had organised into a cooperative. They were able to organise a night time watch, but more importantly, they had been able to up skill themselves in the art of negotiation and bureaucracy. They had petitioned the local government and were gaining influence and power. Being part of a cooperative had given these rural farmers and foresters a voice against some of the world’s biggest corporations.

This issue is one of the lesser known parts of the Fair Trade movement.

The first Fair Trade item, a bag of coffee, was sold in 1988. Since then, Fair Trade has gone from strength to strength, pushed primarily by consumers. By choosing items with the FAIRTRADE mark, shoppers have created a demand for products that put more money in the hands of farmers and give more strength and efficacy to their communities. Shoppers have also lobbied businesses for fairer products, and in recent years big names such as Cadbury, Whittaker’s and Starbucks have put out Fairtrade-certified products.

The Fairtrade certification system currently works with 1.3 million people, and even more have been lifted out of poverty through Fair Trade over the past decade.

But this isn’t a campaign that has been won. It is easy to consider Fair Trade a fad that has passed. It is anything but—the movement will collapse if shoppers stop demanding Fair Trade. We mustn’t for one moment think that corporations that have changed to Fair Trade have done it out of the kindness of their hearts! They have done it to drive profit, and we must keep their Fair Trade lines profitable.

I want to challenge you to consider switching to one Fair Trade product a fortnight beginning now. By the end of the year, you will find you have gradually begun buying all the Fair Trade options possible—hopefully without too much strain on your budget. (One way to keep the cost of your Fair Trade items down is to buy wholesale from Trade Aid.)

I believe in a future where workers and land owners are given a fair price for their toil, where they don’t have to keep a nightly guard against land grabs, and where they have a strong collective voice against Big Business. I think the Fair Trade movement is one of the things that will get us there.

Fair Trade Fortnight runs in New Zealand from 3 to 18 May. Go to www.thePowerofYou.org.nz for more information.