Meeting needs and standing up for injustice is in the Army’s DNA. 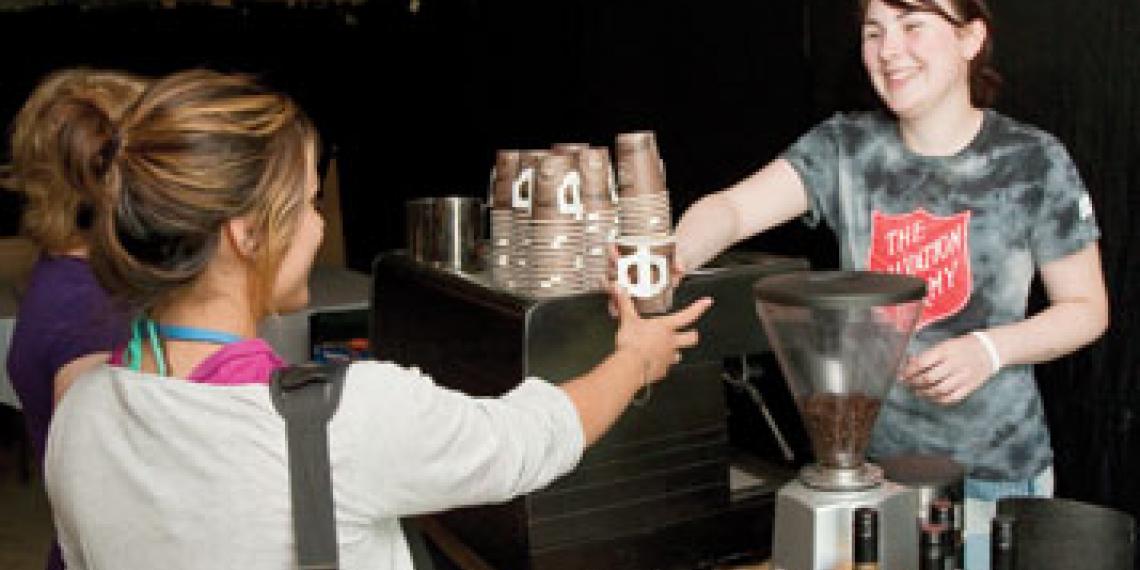 Meeting needs and standing up for injustice is in the Army’s DNA. It’s who we are and what we have been called to do. So it was no surprise when, in 2006, leaders of The Salvation Army in New Zealand, Fiji and Tonga recognised the often unjust attitude of international trade towards suppliers in the developing world and endorsed the concept of ‘fair trade’, encouraging corps and centres to purchase and use Fairtrade-certified products.

Many of us have made the change and now use Fairtrade tea, coffee, sugar, chocolate, clothing and even sports balls. If you, your corps/centre, family or flat haven’t yet taken this step, the following fair trade myth-busters may inspire you to ‘disturb the present to change the future’.

Myth: Would Jesus buy Fairtrade?! Christians are called to make disciples; isn’t Fairtrade a distraction from our core mission?
Busted: Often the best way to demonstrate what it means to be a disciple of Jesus is in practical ways. Salvation Army founder William Booth said: ‘What is the use of preaching the Gospel to men whose whole attention is concentrated upon a mad, desperate struggle to keep themselves alive?’ Showing concern for the livelihood of workers in the developing world by ensuring fair wages makes our stated concern for their souls more believable.

Myth: Fairtrade quality is poor.
Busted: A quick search on the Fair Trade Association website brings up almost 300 different suppliers of Fairtrade coffee in New Zealand. So if you don’t like one café, try one of the other 299-or-so. And once you’ve sampled a block of Trade Aid Fairtrade chocolate you won’t ever want to go back—eating a naughty snack has never been so tasty and altruistic at the same time!

Myth: Fairtrade is too expensive. It makes sense that if workers are treated fairly, prices paid to the farmers will be higher, and hence, the end product will be more expensive.
Busted: First of all, Fairtrade will often have fewer middlemen to pay. Secondly, many Fairtrade sellers reduce margins at the retail end of the market to ensure products remain affordable. At our corps we did the maths, and the difference between buying non-Fairtrade and Fairtrade products was very little.

Myth: Fairtrade is hard to get.
Busted: Most major supermarkets now stock Fairtrade tea, coffee and chocolate. Later this year Cadbury will begin manufacturing with Fairtrade chocolate. The first shipment of Fairtrade bananas has just landed in New Zealand. Office Max, the main stationery supplier to The Salvation Army, has a range of Fairtrade products. You can purchase reasonably priced t-shirts, jeans and a few other clothing items in New Zealand. Our corps orders direct from Trade Aid’s Christchurch Warehouse at wholesale prices. We place the order and it’s on our doorstep in a few days.

Myth: Fairtrade is not the answer; we need an open free market.
Busted: While free market economics has its place, many of the countries that are demanding free access to offshore markets by reducing import tariffs are still providing billions of dollars of subsidies to their own farmers. These farmers create more produce and dump excess on the world market, which lowers commodity prices. Sadly, the farmers in developing countries miss out.

Myth: We did that and we’ve moved on to other things.
Busted: I’ll be blunt; while we move on, children work long days without receiving an education or health care or clean water to drink. This is not something where we tick the box and move on—it’s a week-in, week-out lifestyle choice.

In the interests of full disclosure, the author of this article is not only a hardworking Salvation Army youth worker, he also runs Micah Clothing, selling Fairtrade t-shirts. If you have further questions or comments about this article, email Darren.