Hope Beyond the Blues | The Salvation Army
Skip to main content

Hope Beyond the Blues

Getting through post-natal depression. 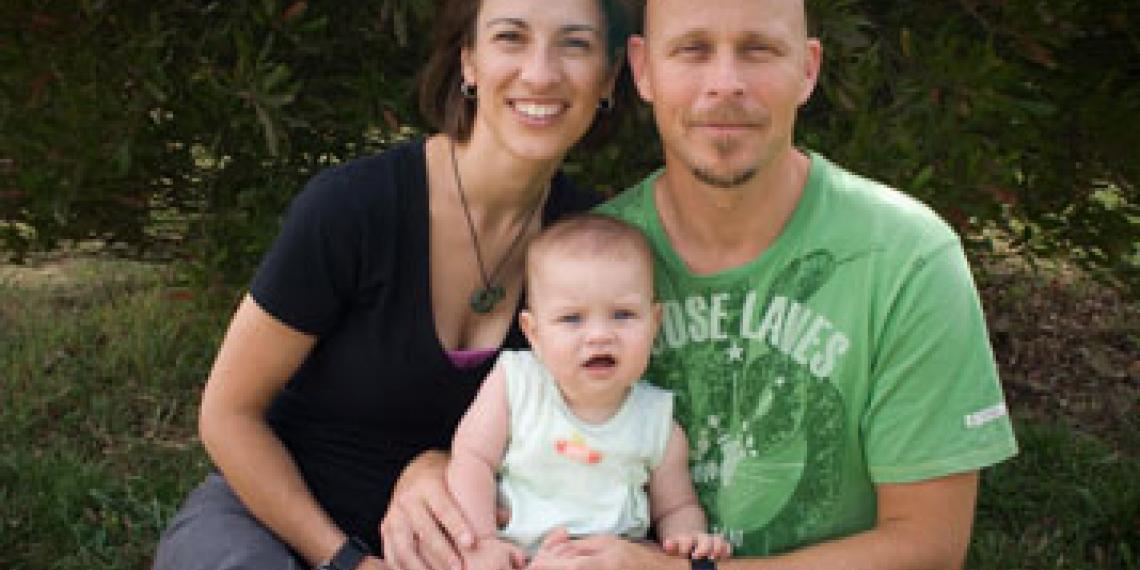 Kia ora. I’m Kelly. I was brought up in a Christian home and attend The Salvation Army in Whangarei. I first asked Jesus to be my Saviour when I was five and I’ve had a constant relationship with him since. I’m married to my best friend, Chris.

Chris and I always planned to have children, but for a while this was not looking possible. We had tests, but despite all results coming back normal we were unable to conceive.

This was stressful and heartbreaking. But God was with us, which didn’t exactly make it easier, but God did finally bring me to a place where I was able to agree with the writer of the book of Habakkuk, who says (Habakkuk 3:17–18):

‘Though the fig tree does not bud and there are no grapes on the vines, though the olive crop fails and the fields produce no food, though there are no sheep in the pen and no cattle in the stalls’—and, I would add, no child in our home—‘yet I will rejoice in the Lord, I will be joyful in God my Saviour. The Sovereign Lord is my strength.’

We’re Having a Baby!

When we were right on the brink of beginning fertility treatment, low and behold, a positive pregnancy test! We didn’t want to get too excited as I’d previously had a miscarriage. But time passed and things continued to go well.

26 May 2008 our beautiful little girl was born. Initially, Chris and I were on an absolute high. But when Milla was around six weeks old I found myself feeling increasingly overwhelmed and anxious.

After wanting this so much for so long, I now felt overwhelmed by the permanence of this baby, uncomfortably aware that this was forever and that there was no getting out of this motherhood thing. Ever. That freaked me out.

I’m a naturally positive person. I don’t have any trouble seeing the brighter side of life. So these very dark, very strong feelings were new for me.

Part of me didn’t want to face up to what was going on, so I put it down to being over-tired. But it soon became pretty clear that this was more than just tiredness.

Facing up to Post-natal Depression

Half the battle was aligning the two realities in my head: that this desperate, helpless, pitiful, weeping woman who OBVIOUSLY had post-natal depression … was me!

I kept saying through the tears, ‘I can’t believe this is me!’ I’d never before faced a situation where I couldn’t cope fairly well, but I had no tools in my toolbox to get me out of the deep pit I suddenly found myself in.

During all this, my husband, along with my parents all put their own lives on hold and gathered around to support me. I leaned heavily on everyone because I really had no strength of my own.

Terrified in the Dark

I can’t overstate how scared I was through all this. It was the darkest, bleakest, most terrible place I have ever been, and I hope I never go back there again.

The only person that could be right there with me was Jesus, and even though I was still terrified, it was a comfort to know he was holding my hand and walking through the dark with me.

I was truly worried that I might stay depressed and non-coping forever. And, as awful as this fear was, there was also a part of me that wanted that, because then it would mean that I was absolved of responsibility. And still I’m thinking, ‘How is this me?’

The Path to Healing

Chris was my rock during all this. Because he has had his own battle with depression, he was experienced and practiced with the weapons I lacked.

He said feelings are strong but they’re just that—feelings—they’re not the truth. The truth is that God is in control and you’ll get through this. He’d tell me this over and over, especially in the middle of the night and early mornings, which were the hardest times.

We also went to my GP who agreed that I had all the classic signs of post-natal depression and started me on an antidepressant. I felt the anxiety lifting after a couple of weeks of being on the medication, and after about a month felt more like my old self again.

Healing also came through people. God has hugely blessed me with family and friends who would come and spend the day with me so that I wasn’t all by myself. At first I was embarrassed to think that people knew I’d lost it; it was humbling accepting help. But I just had to get over that.

A passage from Psalm 40 has stayed with me and continues to give me hope and encouragement, for today and for tomorrow:

I waited patiently for the Lord. He turned to me and heard my cry. He lifted me out of the slimy pit, out of the mud and mire. He set my feet on a rock, and gave me a firm place to stand … Blessed is the [woman] who makes the Lord her trust …