Home / Church Community / Articles / I knew God was with me

I knew God was with me

Sharon Turner's life is now all about serving God 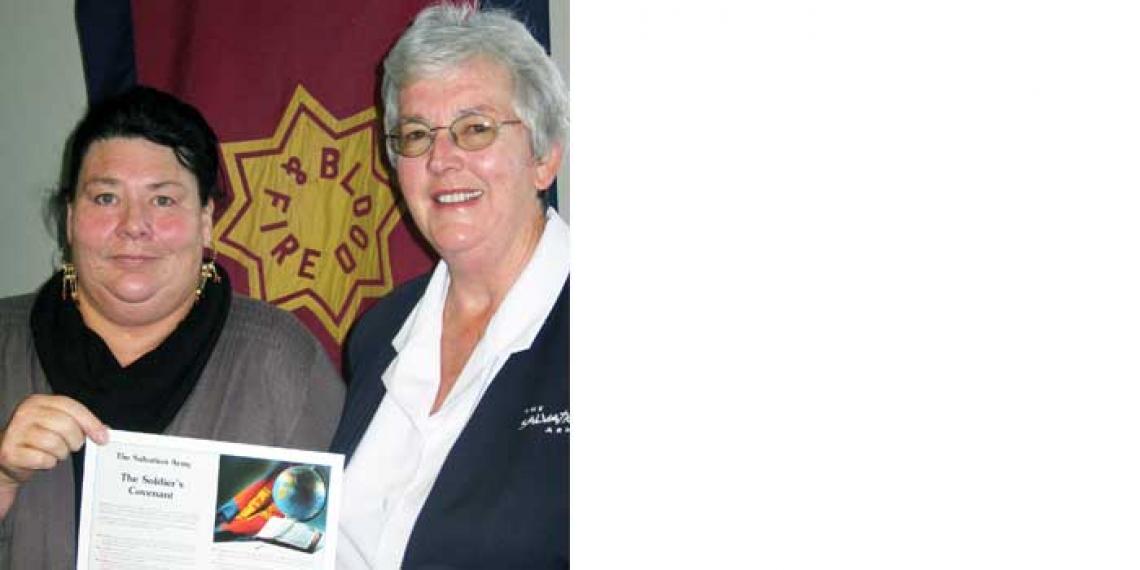 I was brought up in a small country town in the South Island called Kirwee. I am the oldest in a family of six. I have four sisters and one brother.

Dad was a shearer and Mum was a cook so we moved around quite a lot as I was growing up.

When the time came for to settle and for us children to have schooling we came to Islington on the south-west side of Christchurch. I began going to youth group at The Salvation Army in Hornby.

As a teenager I found it difficult moving from the country into the city. I got into trouble with a bad group of friends, started drinking and generally went off the rails.

Mum and Dad broke up and trouble seemed to come very easily.  I went through a bad marriage, challenging relationships and years of domestic violence. For her own safety, I chose to place my daughter in the care of her father but then I did not see her again for 27 years.

The Salvation Army’s Family Tracing Service and the magazine New Idea helped me to find her and we were reunited in 2010. Through all the dark and difficult times of my life I knew that God was with me—there to talk to when I couldn’t talk to anyone else.

Seven years ago I walked into the Salvation Army shop in HeiHei. My mum asked me where I was going but it was as if God had directed me there. I became a volunteer and am now the manager of Sallies on Wycola.

I love helping people, listening to them, caring about them. On Sunday 6 May this year I took a further step of faith and commitment and was enrolled as a senior soldier of The Salvation Army.

Life for me has become all about serving the Lord.