A Colourful Way to Support Kiwis. | The Salvation Army
Skip to main content

A Colourful Way to Support Kiwis. 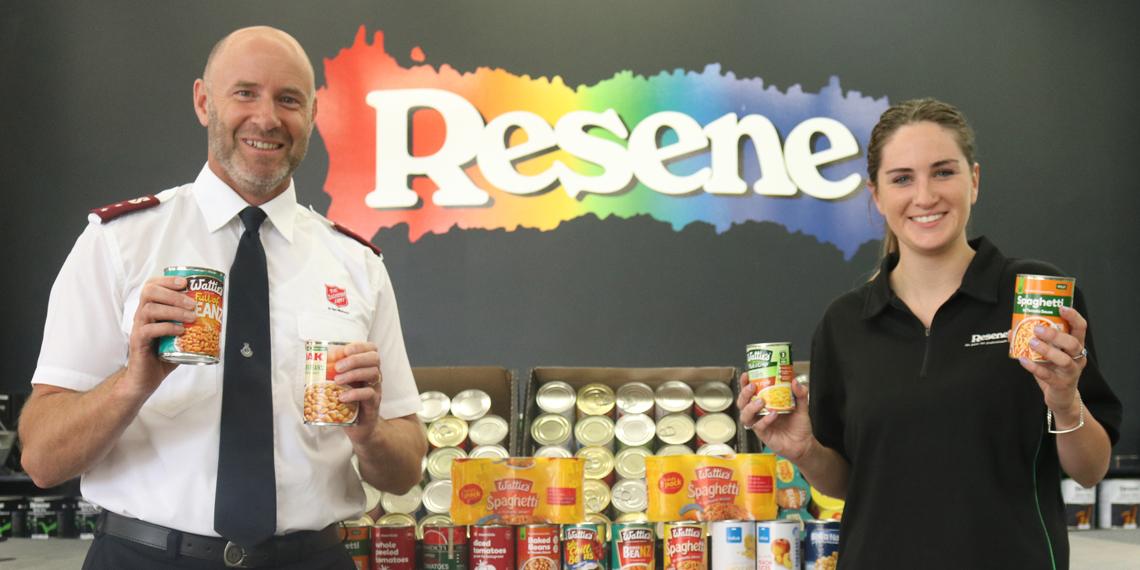 Back for its fifth year, The Resene Hunger for Colour campaign saw colour loving New Zealanders swapping 38,458 cans of food for testpots of Resene paint during February.

The month-long campaign has helped restock shelves of Salvation Army foodbanks around the country. In five years the campaign has collected almost 190,000 cans of food to support struggling New Zealanders.

For the fourth year running Palmerston North saw the biggest community support for the campaign. Over the past five years the Palmerston North Resene ColorShop has received more than 12,000 donated cans during the appeal.

The cans will give a timely boost to Salvation Army foodbanks, restocking shelves after the busy Christmas and back to school period, Salvation Army social services National Manager Jono Bell says.

“With winter just around the corner and our centres starting to run low on stock they really appreciate Hunger for Colour. It’s a relief for them to know that generous people in their communities always get behind this campaign. This support makes a huge difference in their planning for the extra people who rely on us for help over winter.”

In 2018, The Salvation Army provided more than 60,000 food parcels to New Zealanders struggling to put food on the table. The generosity shown through Hunger for Colour in the past five years has made a real difference in helping ensure families don’t go hungry in all parts of the country, Jono says.

“Pretty much everywhere we have a foodbank, there’s a Resene ColorShop so it’s an incredibly important annual fundraiser for us. We’re really grateful to Resene for the past five years of support and their commitment to running the campaign again.”

Resene Marketing Manager Karen Warman says they were thrilled by the response of their customers.

‘We’re really impressed by how many people have supported us this year. We’re very proud of being part of this campaign, working with New Zealanders to make a difference for struggling people and adding colour to customer’s lives.’