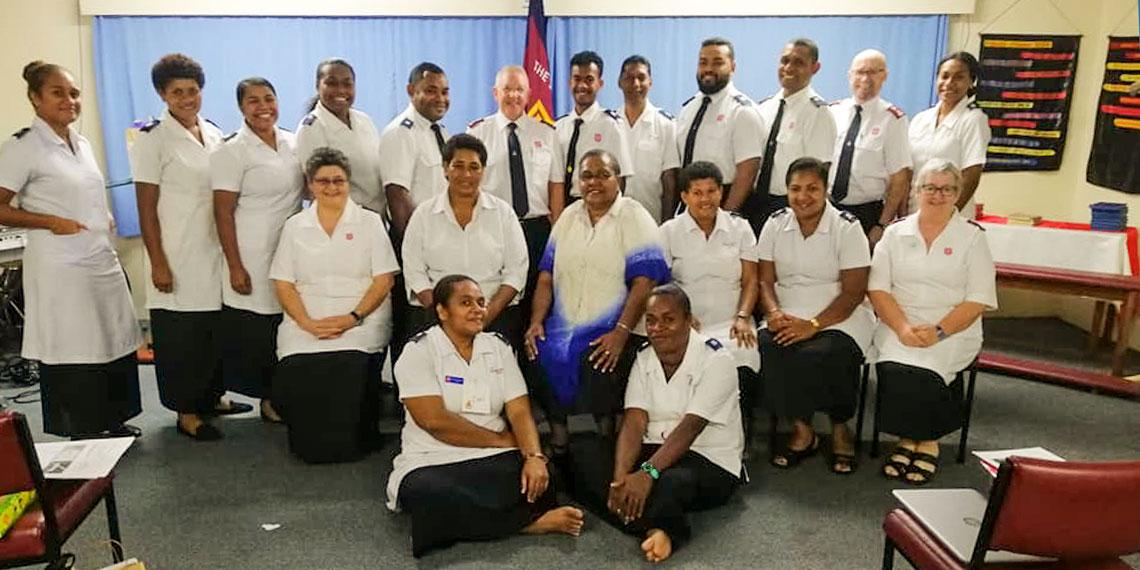 Twenty representatives from across corps in Fiji were invited to be part of the Brengle Holiness weekend, 9-11 August. It was a great blessing to be part of this soldier’s Brengle. Everyone was empowered and challenged to live a holy life.

The weekend started off with words of welcome from Major Anne Irwin, followed by the introduction from Major Alister Irwin, who elaborated a little about Samuel Logan Brengle—who he was and how he began this holiness movement.

Major Malcolm Herring, guest speaker for the weekend, emphasised that holiness is pure love and, in order for a person to live a holy life, he or she needs to be fill with the Holy Spirit. ‘To be fill with the Holy Spirit is not a mere emotion. It is an infusion of love that brings every thought into captivity to the Lord Jesus Christ, that drives out all fear; that burns up doubt and unbelief; that makes a person gentle and humble in heart.’

We concluded the weekend being reminded that, ‘holiness leads to mission, which leads to a holiness that can’t sit still.’ The challenge is for each of us to put that holiness into action as soldiers of The Salvation Army in Fiji.