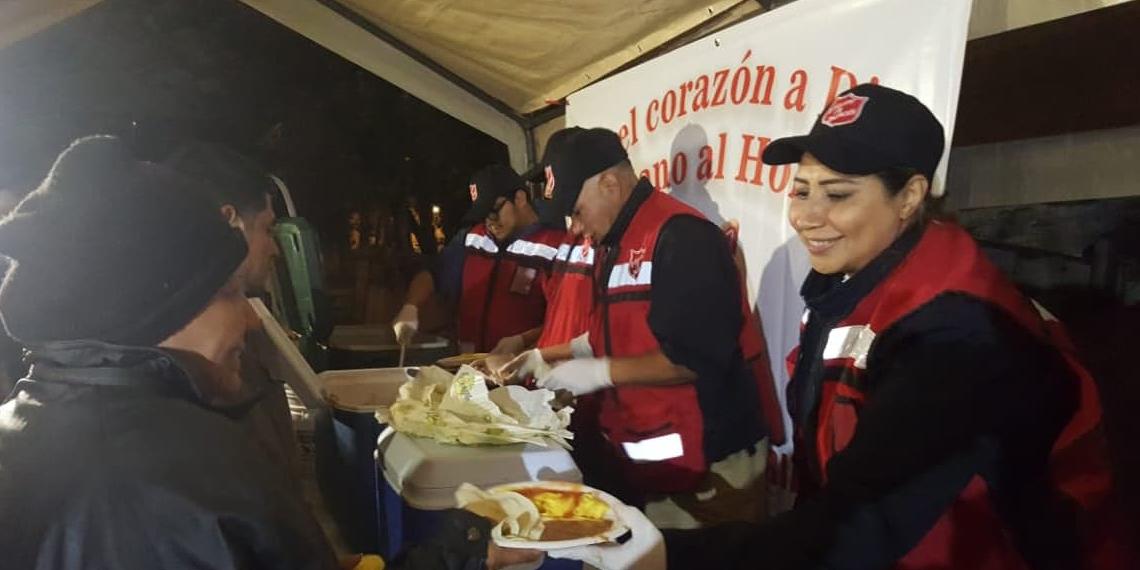 An estimated 10,000 people from Central America have arrived at, or are approaching, the USA-Mexico border after travelling through Mexico. While some have crossed into the USA seeking asylum, several thousand of these migrants have congregated in the northern city of Tijuana, where The Salvation Army and other aid agencies are providing essential services.

The caravan started almost 4,500 kilometres away, in Honduras – where the vast majority of its members originate – but its numbers have grown as it has travelled north, with people from El Salvador, Guatemala and Nicaragua joining. Most of the people are fleeing extreme poverty, gang violence and a lack of employment. The caravan provided an opportunity to travel with others, providing safety in numbers. Along the way, local communities – including some Salvation Army centres – have provided food, drink and shelter. Most of the migrants plan to seek asylum in the USA, but almost 1,800 of the original group have already sought asylum in Mexico.

The Salvation Army operated two shelters in the city prior to the current crisis. The men’s shelter accommodates just 120 people, with a small extension soon to be commissioned. The women’s shelter provides a further 27 places. However, outreach services are providing support to approximately 8,000 individuals with provision of food and non-food items. Many of the migrants are disorientated and emotionally affected by having felt compelled to leave their homes and familiar surroundings.

In Tijuana, which is also home to a sizeable transient Mexican population that seeks refuge in the USA, The Salvation Army is supplying 2,000 backpacks and nearly 2,500 personal hygiene kits. Around 8,000 individuals will also be assisted with information and advice, access to legal aid, assistance with identification documentation and the paperwork associated with the legal aspects of registering for asylum. Practical issues, such as the need for cooking facilities and clothing, are also being addressed.

Coordinating with other stakeholders, The Salvation Army is further enhancing its humanitarian response in the region by providing greater availability of access to social workers and psychologists, and by offering spiritual assistance where requested.

Donors wishing to support The Salvation Army’s Americas and Caribbean Disaster Fund can do so securely online at https://secure20.salvationarmy.org/donation.jsp?projectId=IHQ-Americas_Fund.