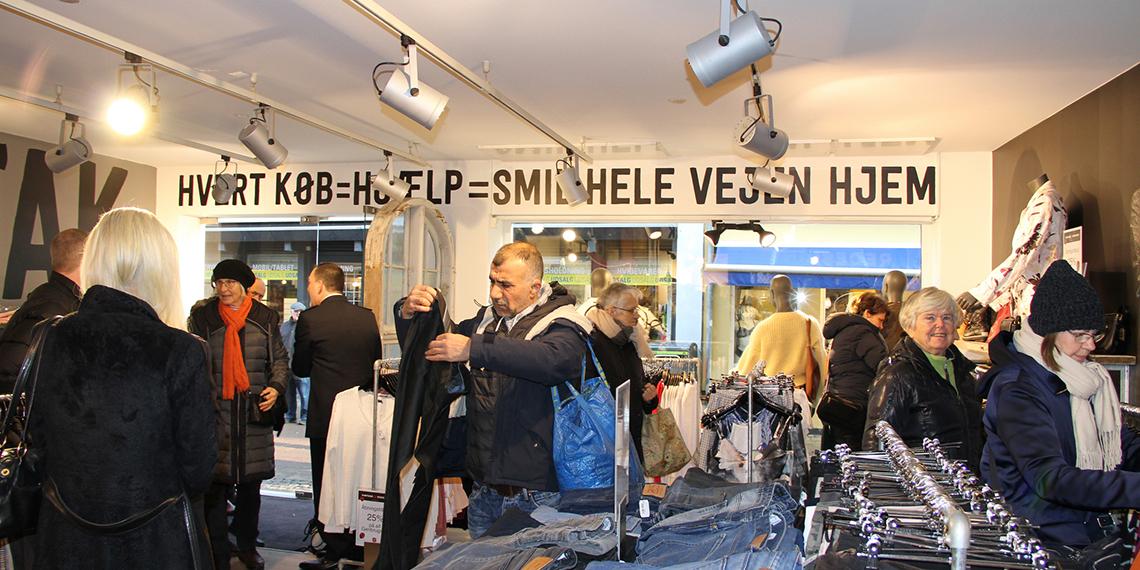 Recycling is a key concept at the newly-opened Salvation Army ‘Vintage and Redesign’ shop in the coastal town of Helsingør, Denmark. But it’s a thrift store with a difference, where skilled and passionate craftspeople reinvent items of clothing and accessories when the ‘pre-loved’ donations cannot be resold in the condition they are in. The initiative aims to be environmentally responsible in the reuse of materials, as well as to provide training and employment opportunities, raise money for the work of The Salvation Army in Denmark and bring joy to the new owners of the unique artisan products it sells.

‘Reuse, reclaim, rethink: that’s our philosophy,’ explains Jette Skov, the manager of The Salvation Army’s Redesign CPH based in the Danish capital Copenhagen. ‘We were receiving lots of donations of clothes, but some were in tatters, or out of fashion so nobody wanted to buy them. A pile of high-quality textiles was building up in our stockroom that we just couldn’t sell. So a new idea emerged: how about trying to reintroduce old-fashioned values like repairing, altering and redesigning the usable fabric? Could this be done in a world wrought with consumerism? We decided to challenge the existing ways. With a bit of creative thinking, a discarded jacket could become a handbag!’

In 2012, the first Salvation Army Redesign shop was opened in Frederiksberg and proved so successful that four years later a second store was opened in Valby – focusing more on adapting clothes for children and young people – and an online shop was also launched. The February 2019 opening in Helsingør extends the Redesign concept outside of Copenhagen to an even wider clientele on the busy island of Sjælland.

‘It’s also about social responsibility and smarter thinking,’ says Jette. ‘We want to make it easy – and attractive – for people to consume less, by sharing, repairing and redesigning clothes. We encourage students and volunteers to learn and develop their skills by providing opportunities for them to practise their creativity in our workshops. And customers love it too, as they can pick up some custom-made items at a reasonable price, while being assured that we are paying our team a fair wage and looking after the planet at the same time.’

Lieut-Colonel Christina Jeppsson, Territorial Commander in Denmark and Greenland, comments: ‘The high-quality “boutique” approach is popular in Denmark, and we want our Redesign stores to be places that are appealing, where people choose to shop on a regular basis. The Redesign ethos is rooted in our Christian values of justice and compassion – to be good stewards of what we have been entrusted with, to be fair employers and to care for the world that we live in.’

The launch day of the new store in Helsingør saw more than 300 people pass through the doors, and resulted in sales of around 23,000 Danish krone (US$3,500).