God and the gay Christian 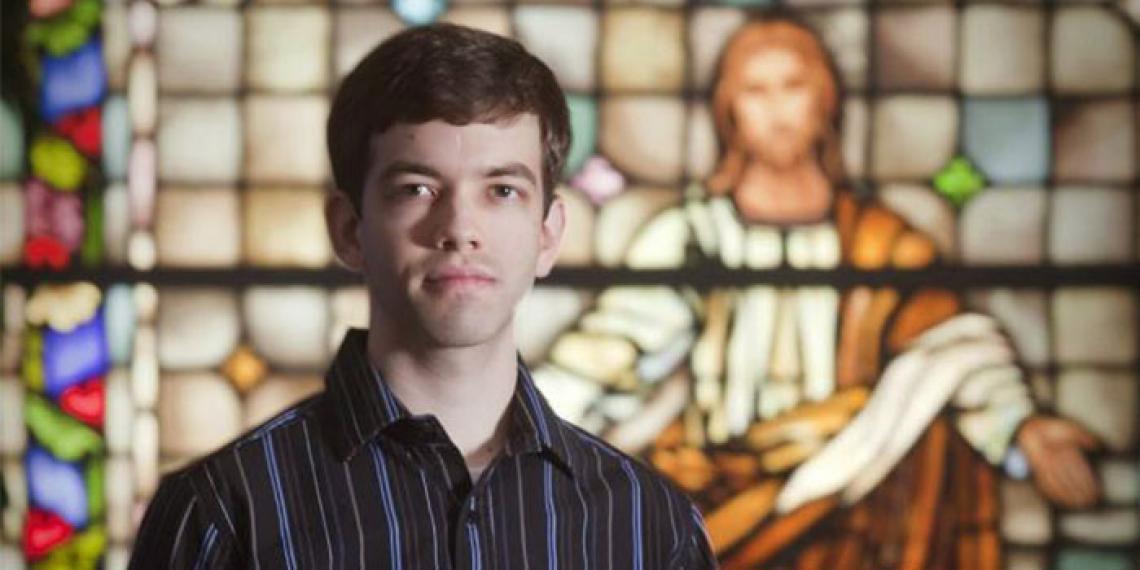 The response of churches to lesbian, gay, bi-sexual and transgender people is a hotly debated subject, both within and without church communities.

In the churches, opinion is somewhat polarised between those accepting of people in same-sex relationships and those opposed. The dividing line between or sometimes within churches is often drawn between those who take a conservative view of scripture and theology, and those of a more liberal persuasion. The former usually point to certain texts in both Old and New Testaments as prohibiting same-sex relationships, while the latter are sometimes more likely to regard such prohibitions as irrelevant to modern life, like the Levitical rule against eating shellfish.

What is distinctive about Matthew Vines’ defence of gay Christianity, God and the Gay Christian (published by Convergent Books), is that it is written by a gay Christian who is also a conservative evangelical with a high view of Scripture. His claim is that Christians who affirm the full authority of Scripture can also affirm committed, monogamous same-sex relationships.

There are six passages in the Bible that are taken as referring to homosexual behaviour, three from the Old Testament and three from the New: Genesis 19:5, Leviticus 18:22, Leviticus 20:13, Romans 1:26-27; 1 Corinthians 6:9 and 1 Timothy 1:10. Vines sets each in context and brings to bear upon them the consensus of scholarship. His conclusion is that none of them addresses the phenomenon of ‘committed monogamous same-sex relationships’ as understood today. He supports this with an examination of the ways in which sexual relations were viewed over the centuries. In fact, Vines claims that the Bible does not address, or condemn, same-sex orientation, which was not actually recognised as an issue until the 20th century.

Naturally, not everyone will be happy with Vines’ conclusions. It might be argued that he is just selectively defending his own preference from Scripture and history. Quite apart from the fact that the same accusation could equally well be levelled at people taking the opposite position, it also has to be said that this writer is able to examine and critique unsustainable claims made by some sharing his own views. Others will suggest that regardless of the scholarship he brings to bear upon the particular biblical passages in question, Vines misses the whole drift of Scripture that would lead to different conclusions. He, of course, argues precisely the opposite. The reader must judge.

Vines’ introductory chapter sets his arguments in the context of the experience of young gay people growing up in conservative churches and trying to find their way, often with unhappy consequences as they often lose their faith and sometimes their lives. Those most willing to examine his arguments may be their friends and families, whose pain no one should minimise. Claims to ‘love the sinner while hating the sin’ can sound a little hollow when real people are involved. Vines’ own parents, who did not at first accept his position, came in due course to support him, even though it eventually meant leaving their church community for another.

Vines also suggests that we learn to adopt more eirenical language in our debates. He suggests that rather than ‘pro-gay’ and ‘anti-gay’ or ‘homophobic’, or other such expressions, all parties might adopt terms like ‘affirming’ and ‘non-affirming’. This might help temper attitudes on both sides of the debate with a modicum of mutual respect.

This is a divisive topic for many church fellowships. Salvationists have the options of ignoring it and hoping it will go away, or of seeking to inform themselves as to the arguments and their implications. Recently, the New Zealand Moral and Social Issues Council conducted a survey of Salvationist attitudes towards samesex relationships, the Tri-Territorial ‘Thought Matters’ theological conference in August is about ‘a Christian view of sexuality’ and may therefore be expected to discuss this matter, and there is an unofficial ‘Salvos for a More Inclusive Church’ Facebook group on the web [Ed—email the editor for more information]. All of these suggest that some are paying attention to this subject.

Salvationists ought to be well-informed, and it would be a good thing if we were able to discuss the issues—about which inevitably there will be differences of opinion—without the painful and personal divisions encountered in some other places. Matthew Vines’ God and the Gay Christian is a book that could be recommended to conservative Christians who want to work out a balanced view of the matter and are prepared to consider respectfully and dispassionately views and arguments with which they may not agree.