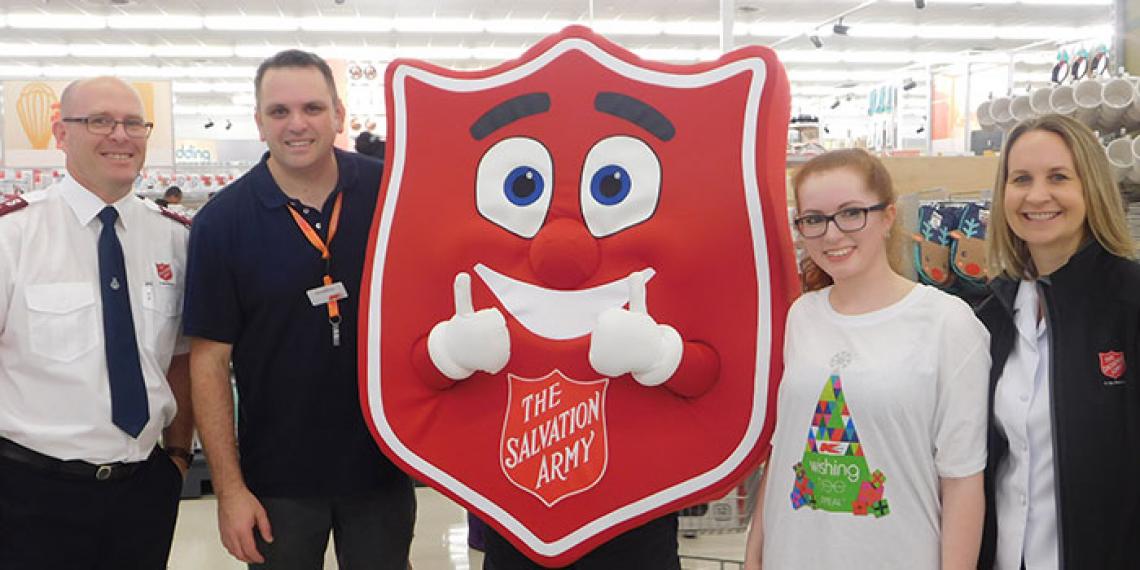 Generous New Zealanders donated 42,386 gifts and more than $18,000 through the 2016 Kmart Wishing Tree Appeal. The gifts were then passed on to children, young people and parents who were at risk of having nothing on Christmas morning, through The Salvation Army.

Palmerston North residents were the most generous in the country donating 5,158 presents. This continued a trend where the people of the Manawatu regularly lead the way nationally in giving to Salvation Army appeals.

They were followed by people giving through Kmart Dunedin and Henderson in Auckland.

Community Ministries National Manager Major Pam Waugh said it was heart-warming to see the continued generosity of New Zealanders towards the appeal which has been running for 23 years and has now seen more than 500,000 gifts collected and gifted to those in need.

“We’re very grateful to Kmart for this extraordinary long-running Appeal and to the thousands of New Zealanders who give generously so that families who are struggling, living pay check to pay check, can experience that giving feeling.”

Kmart New Zealand Manager Jason Picard says it is a privilege to partner with The Salvation Army on the Appeal and to see the incredible way in which store teams, customers and the wider community comes together to help those less fortunate celebrate Christmas.