Hunger for Colour Back for Second Year 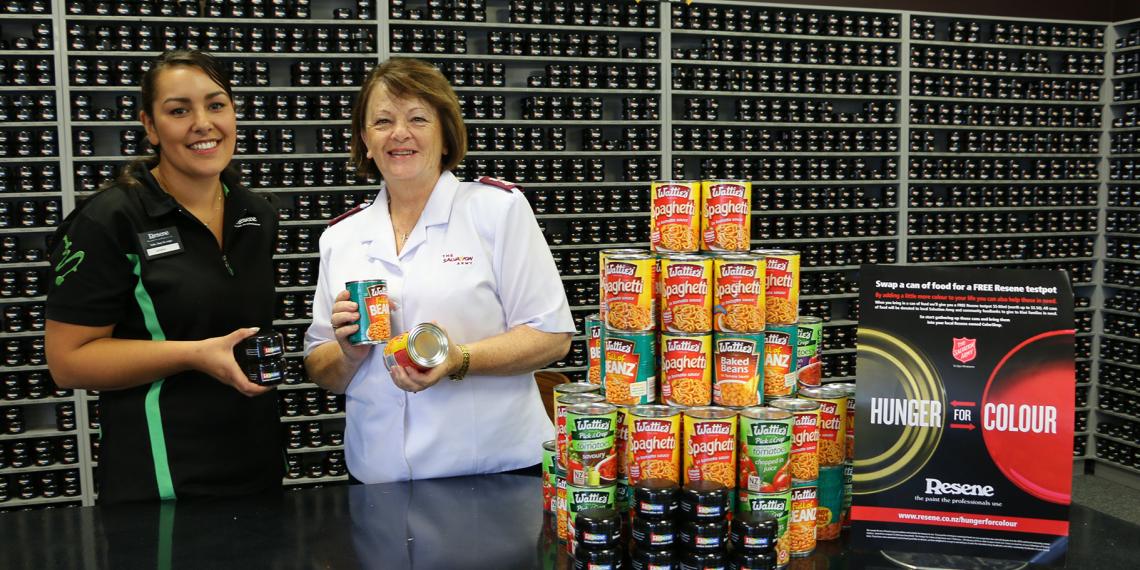 Resene ColorShops were busy adding colour to Kiwi homes and putting food on the table for thousands with their second Hunger for Colour fundraiser, which ran from 1-29 February.

This year's Hunger for Colour saw Kiwis swap more than 24,000 cans of food for 55-80ml testpots of Resene paint at 65 Resene ColorShops and resellers around the country. The cans were donated to their local Salvation Army food banks.

Resene Marketing Manager Karen Warman says the company first collected cans for The Salvation Army after the Canterbury earthquakes. Staff and customers loved the idea and the company had been looking for ways to give back ever since, she said.

‘We had fantastic feedback after last year’s campaign and so are really pleased to be able to run it once again. People liked donating food knowing it was going directly to help someone in need and the testpots are a popular, versatile product which encouraged people to come in,’ she says. ‘The stores loved it, customers loved it and we loved it!’

‘It was awesome to see not just the mums and dads, but elderly people right down to the little ones coming in to choose their colours,’ Jeseka said. ‘We were excited to see how our community supported the campaign at such a critical time of the year for The Salvation Army.’

Major Pamela Waugh, Territorial Secretary for Social Services, said the cans collected through Hunger for Colour were a major boost to the Army’s food bank supplies. ‘It was great to see such a helpful business partnership right around the country, including Gisborne, Invercargill and Palmerston North, which were especially strong supporters of Hunger for Colour this year.’