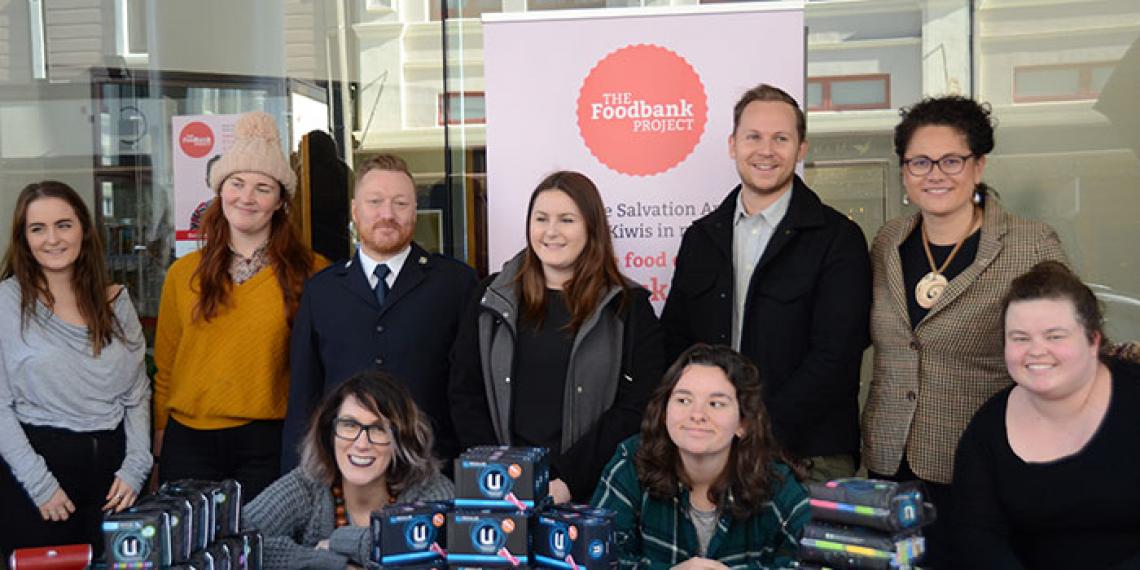 The MP has joined forces with Countdown and The Salvation Army to champion the cause of female students on low incomes.

“A lack of sanitary products has been identified as an obstacle to regular school attendance,” says Wall. “Some girls stay home when it’s their period because they cannot afford sanitary products. Others resort to makeshift and unhygienic measures such as recycling used pads or improvising pads from old clothes, rags, newspapers and other materials—putting them at risk of infection and sickness.”

This is not only a problem for high school students, but also for university students who typically don’t have much money. “Some university students can’t afford to take public transport or have to skip meals when it’s their period so they have money to buy pads and tampons.”

Wall and Lee-Mariu are encouraging people to donate female sanitary products to The Foodbank Project so these can be provided to women in poorer New Zealand households.

The Foodbank Project (www.foodbank.org.nz)—an online foodbank collaboration between The Salvation Army, Countdown supermarkets and web developer Lucid—has introduced a “Women’s Hygiene Bundle" for $15 that will be distributed to The Salvation Army’s foodbanks. This can be set up as a recurring monthly donation.

Countdown supplier Kimberly-Clark has kickstarted the campaign with $2,500 worth of sanitary products as a donation.

Countdown’s General Manager Corporate Affairs James Walker says, “Women’s sanitary products are a necessity item that can become hard to afford when young people are under financial pressure. We hope this collaboration between Louisa Wall, Countdown and The Salvation will allow us to fulfil an important community need.”

In a pilot project, The Salvation Army will approach schools in Wellington and Porirua to talk about discretely supplying sanitary products to young women who need them.

“We don’t want any of our young women to miss out on learning opportunities,” says Major Pam Waugh, head of Salvation Army Community Ministries. “We know that poverty can follow people throughout their lifetime, so it’s essential students who are making every effort to improve their future prospects are not held back because it’s ‘that time of the month’.”

A recent survey by Wateraid reported that three-quarters of UK women feared the embarrassment of blood leaking onto their clothes while out in public during their period. Just over half feared smelling bad. Only six per cent of women reported experiencing no anxiety around their periods.

“There is the risk of embarrassment for anyone during their period—but poverty increases a woman’s vulnerability even more,” says Wall. “We need to establish interventions that will empower our girls and young women so they are not marginalised simply because they are menstruating.”