Australian Territories to be merged 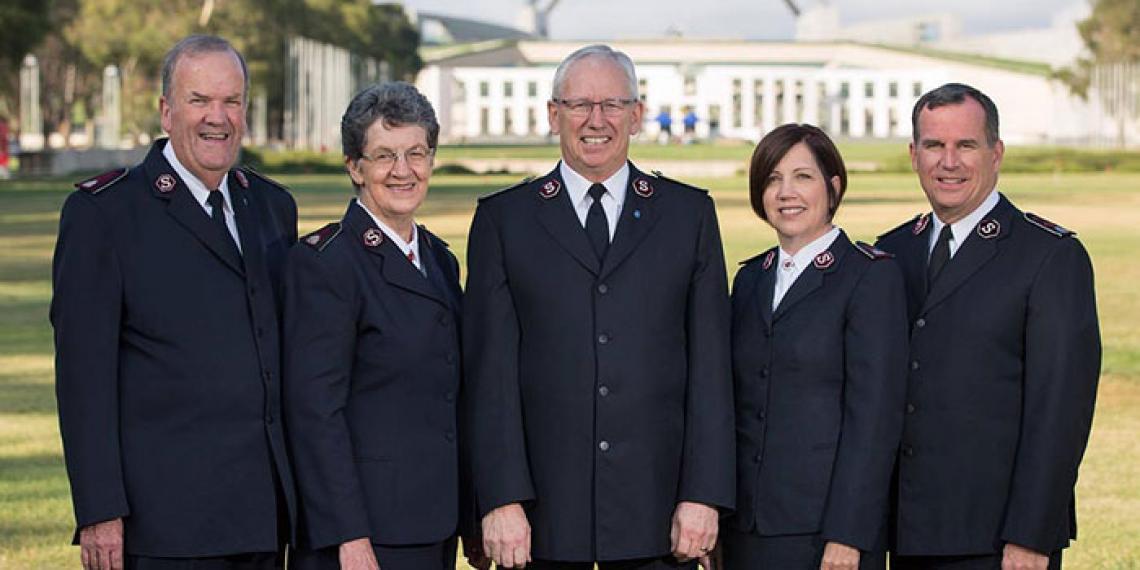 News has been announced of a significant decision made by the General in relation to the future of The Salvation Army’s work in Australia. With effect from 1 January 2019 the Army’s two Australian territories, Australia Eastern and Australia Southern, will operate as one territory – the Australia Territory.

The target date of 1 January 2019 for launching the Australia Territory may seem far distant, but the General wants to afford ample time for the intricacies of the process to be worked through efficiently and effectively, without undue haste. If, at a later stage, it is felt that the target date could realistically be brought forward, that possibility will be given serious consideration and, if deemed appropriate, adjustments will be made to the timetable.

The national leaders will work closely with both territorial leadership teams as steps are taken towards the implementation of a single territorial team that will ultimately head up the Australia Territory. The eventual location of the territorial headquarters for the one territory is yet to be determined.

This decision has been reached following a lengthy and exhaustive review which has involved in-depth discussion with Salvation Army leadership, officers and soldiers in Australia, advisory board input from both existing territories, the administrative expertise of Colonel Glen Shepherd (Canada), to bring an independent mind to the proposal and, finally, consideration by the International Management Council at International Headquarters, under the chairmanship of the General.

In early 2015 Colonel Shepherd – a retired officer currently serving as a divisional secretary in the Canada and Bermuda Territory, and having seen service as both chief secretary and territorial commander during his years of active service - was engaged by the Australian territories to determine if there is a business case for their unification. The study was mandated to examine the costs and benefits (financial and missional) of such an approach, as well as the issues to be considered in the implementation of any form of unification.

A financial analysis of the proposal has resulted in a confident expectation that the unification of these territories will bring about substantial savings, which will be invested in a Mission Development Endowment Fund to ensure the sustainability and further development of effective mission in a single Australia Territory. The creation of this single territory will also ensure that the Army speaks in Australia with a single voice and has a consistency of approach in all of its programmes, personnel management and business dealings.

The Salvation Army today announced the appointment of Commissioner Floyd Tidd as its inaugural National Commander in Australia, effective from 1 June 2016. Commissioner Tidd is currently Territorial Commander for the Australia Southern Territory and has had an extensive international career with the organisation. Commissioner Tracey Tidd is appointed National President of Women's Ministries.

'This is an important milestone that will further enhance The Salvation Army’s ability to provide life-changing social and spiritual services to the people of Australia,' said Commissioner Floyd Tidd. 'I am delighted yet humbled by my appointment and ready to meet the challenge to ensure we strengthen our ability to provide social and spiritual services around the country.'

The international leadership of the Army seeks the prayers of all for the ongoing process of bringing these two territories together. It is believed, most sincerely, that the outcome will be the strengthening of the Army’s ministry in the beautiful land of Australia, and the enrichment of officers, soldiers and friends who work within the Army structure or offer valuable support from the sidelines.

•The announcement, which was webcast live, can be viewed again at http://live.salvos.org.au/