Chief of the Staff celebrates inauguration of Russia Command 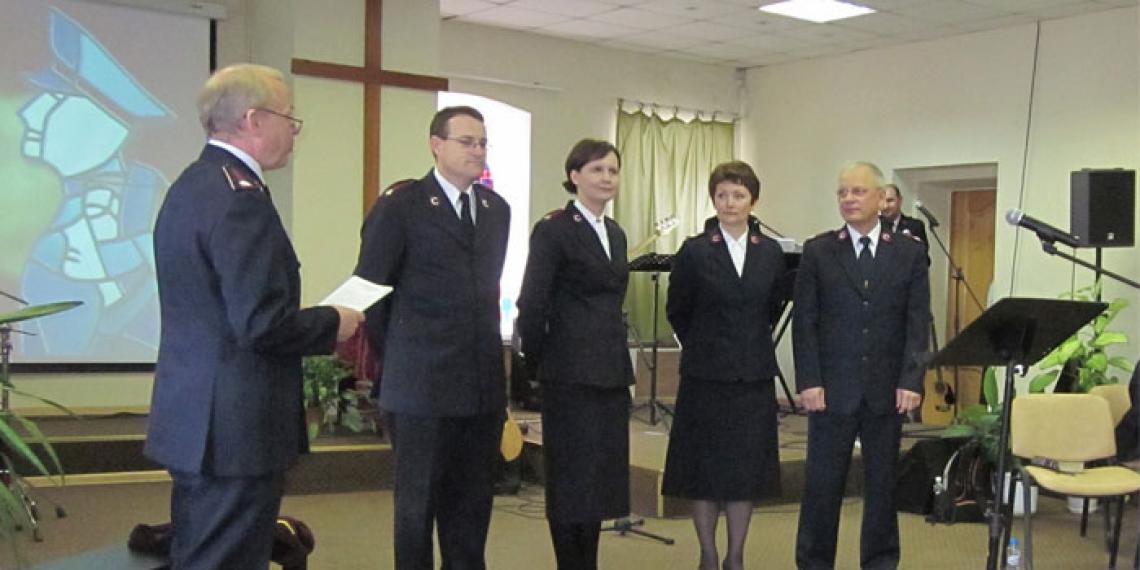 In recent years the country has been part of the Eastern Europe Territory, but Russia became a Salvation Army command in its own right on 1 August 2015.

The Chief of the Staff told the congregation at Moscow Corps: 'The eyes of The Salvation Army world are upon us,' before conducting the ceremonies to dedicate the new command to God and install its leader. There was a sense of excitement from Salvationists and friends who had gathered from across the vast nation as the Chief expressed his gratitude to the Lord for the work and ministry that has gone on over the past 24 years, since Salvation Army ministry recommenced in Russia in 1991 – and prayed for God's leading into the future.

The Chief of the Staff invited the new command leadership team forward – Lieut-Colonel Kharkov, Major Svetlana Sharova (Command President of Women’s Ministries), Major Glenn Price (General Secretary) and Major Julia Price (Command Secretary for Women’s Ministries) – and together they spent time in prayer at the mercy seat. The congregation, including corps officers and other leaders from the command, welcomed the new leadership team members and prayed for God's blessing and guidance upon them.

This historic visit ended on Monday with a morning of officers councils led by the Chief of the Staff. He and Commissioner Nancy Roberts encouraged the command's officers and corps leaders never to give up, but to stay strong with Jesus and The Salvation Army's mission. A number of people knelt at the mercy seat, rededicating themselves to the Lord.