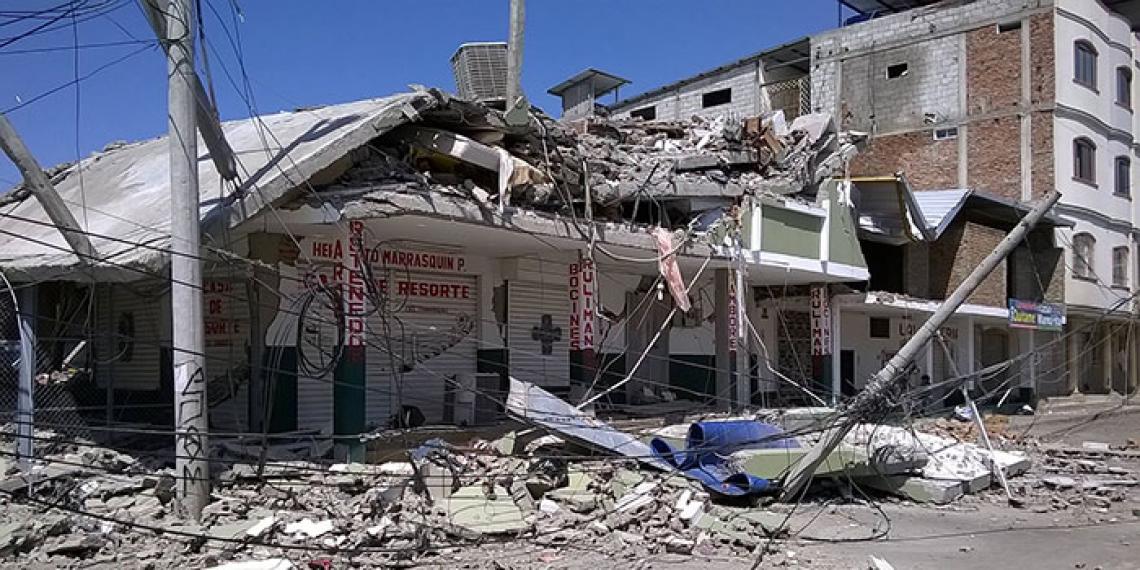 THE Salvation Army in Ecuador is responding to the 7.8-magnitude earthquake that struck the country's north-west coast.

At least 350 people are known to have lost their lives but President Rafael Correa says that number is likely to rise. It is the worst disaster in Ecuador since a 1949 earthquake that killed more than 5,000 people.

Commissioner Torben Eliasen (Territorial Commander, South America West) says The Salvation Army's Ecuador Division is fully involved in responding to the earthquake. The divisional leaders (Majors Samuel and Gloria Flores) were visiting Esmeraldas when the earthquake happened, and the corps (church) and community centre in the city is offering assistance. He adds: 'Our corps and community centre in the city of Manta is also actively engaged.'

Red Shield emergency response teams are in action across the affected region, reports Major Samuel Flores. In Manta a team is offering support and providing food to dozens of families.

Another team, led by Major Fabian Jaime, from Esmeraldas, has set off on a 180-kilometre journey to the small city of Pedernales, taking water, candles and non-perishable food to people who have been forced from their homes.

Essentials are being distributed to people around Guayaquil and a further Red Shield team has left the capital, Quito, to provide assistance in Puerto Viejo and Manta.

General André Cox has called for prayer for the people of Ecuador, particularly for the families of those who were killed and for the Salvationists and others who are seeking to provide help and hope.

Donations to the Americas and Caribbean Disaster Fund can be made online at https://secure20.salvationarmy.org/donation.jsp?projectId=IHQ-AMERICAS_Fund