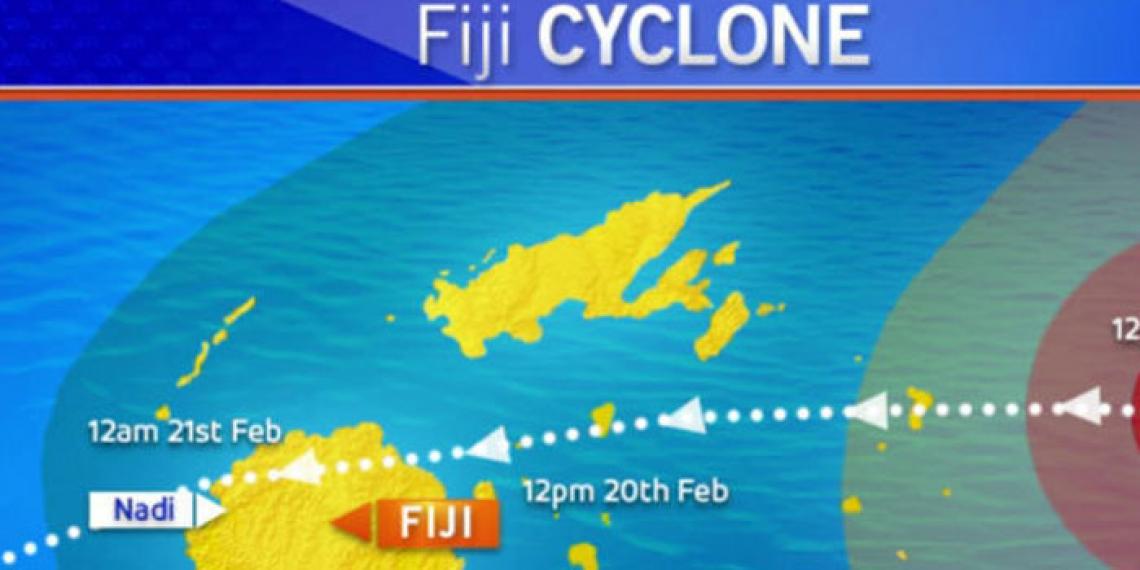 Fiji is braced for its first Category 5 storm, with Cyclone Winston the strongest tropical cyclone ever recorded in the Southern Hemisphere.

Islands in the east of the country were warned to expect destructive hurricane force winds with average speeds of 220 km/h and gusts to 315 km/h. The Fiji Government has declared a month-long State of Natural Disaster

The New Zealand Ministry of Foreign Affairs and Trade (MFAT) Aid Programme funds The Salvation Army in Fiji to provide emergency immediate and ongoing relief to cyclone and flood-affected people. This includes the provision of emergency containers stocked with mattresses, generators, shovels, wheelbarrows, chainsaws and protective clothing. The Salvation Army also has an arrangement with a local food supplier to ensure sufficient food and water for each of its evacuation centres.

All Salvation Army officers in Fiji have been trained in cyclone readiness through Empower Pacific, a counselling and social services group originally set up by MFAT. This includes training in emergency crowd management and grief counselling.

Fiji Divisional Commander Major David Noakes reported the storm was ‘vicious’. Speaking early on Saturday evening, he said, ‘The whole of Fiji is already being severely battered and we haven’t had the worst of it yet. There are going to be a lot of Fijians in quite desperate situations come morning.’ Flooding in the Western Region was always severe after storm surges, he said, so people there were expected to be severely affected by Cyclone Winston.

Salvation Army church services had been cancelled to ensure the safety of members.

Major Noakes said The Salvation Army would have a better idea of needs over the next few days, but one priority after meeting initial urgent needs would be restocking the emergency containers to be ready for the next natural disaster and to complete cyclone certification for The Salvation Army’s centres in Lomaivuna and Nasinu.

The Salvation Army was also expecting a considerable food bill, particularly as support for displaced people might be required for some time.