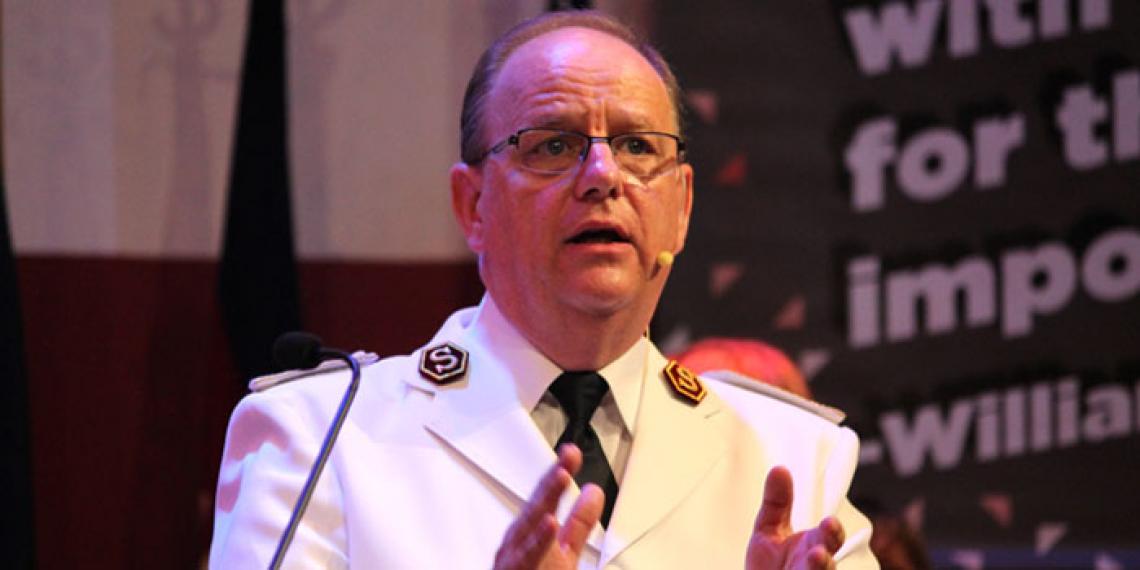 The international leader of The Salvation Army, General André Cox, has added his voice to those of other Christian leaders in a strongly-worded appeal to G7 representatives as they meet for a summit in Italy this week.

Co-signed by heads of the World Council of Churches and World Vision International, the letter tells the world’s most influential political leaders that ‘not nearly enough is being done to save the lives of the 20 million people who face famine in Yemen, Somalia, South Sudan and Nigeria’ and that ‘in this day and age, famine cannot be tolerated, not just because every human being is valued in God’s sight and has the right to eat but also because starvation singles out the weakest and most vulnerable.’

Reflecting on the Global Day of Prayer to End Famine – through which more than a billion Christians were called to participate on Sunday 21 May – the letter observes that the General and other church leaders prioritised this solidarity ‘because we believe that this crisis demands our prayers and that governments, society and people of faith must act’.

As an international church and charity, The Salvation Army is responding practically to address food and water security across Africa. In the Nigerian states of Adamawa, Yobe and Borno, 40,000 people are currently experiencing the effects of famine, which is projected to rise to 120,000 within the next month. A Salvation Army rapid response team is focusing its initial efforts in a community which is hosting a camp for internally-displaced people who have fled conflict and persecution. Immediate food aid – rice, beans, wheat, noodles, cooking oil and salt – will be provided to 300 of the most vulnerable refugees. The Salvation Army’s presence will then enable a full needs assessment of a further 18,000 residents in the host community who are experiencing severe hunger.

Captain Godspower Anozie, Emergency Disaster Services Coordinator for The Salvation Army’s Nigeria Territory, explains that this is not just about food, but about ‘restoring hope for living’. He explains that the distribution will ‘save lives and preserve dignity, particularly amongst female recipients’, many of whom have been sexually exploited, faced with the horrific choice of whether to sell their bodies for food or to starve.

Meanwhile, thousands of famine-affected refugees from South Sudan will be helped by a proposed Salvation Army project in the Pagirinya settlement in the Adjumani district of northern Uganda. Here, new boreholes will be drilled to provide access to safe drinking water. After training has been provided, the infrastructure will be handed over to a new community-led water management committee. Around 2,200 families will have improved sanitation because of the initiative, which also includes the provision of containers to store water safely and kitchen utensils to help improve nutrition and health. The borehole initiative follows the newly-finished construction of 20 toilets in the settlement, a project that will increase hygiene and safety.