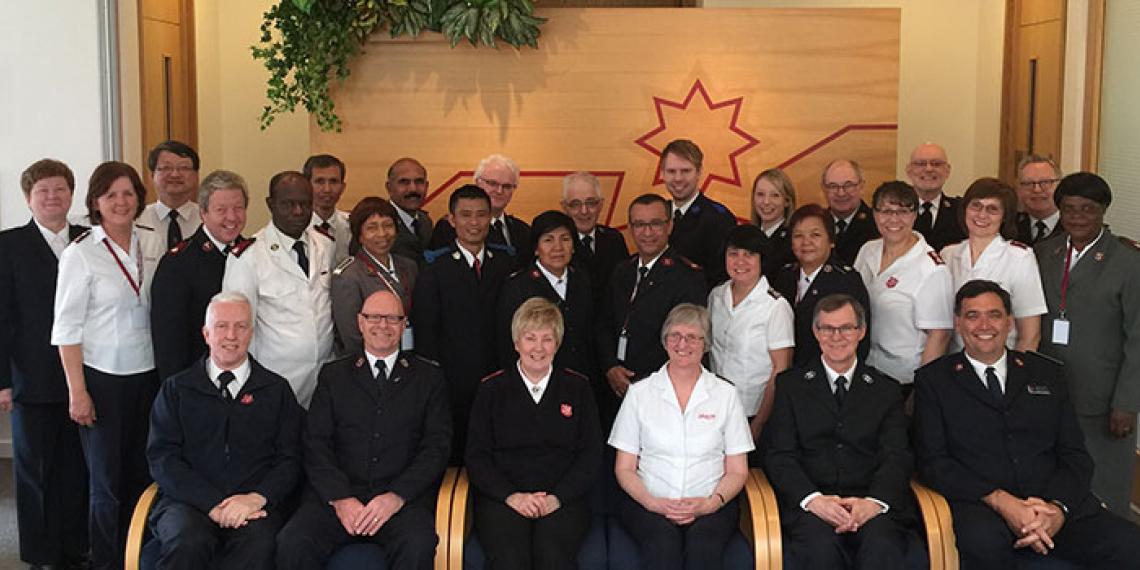 History was made last month when a joint two-day meeting of the International Theological Council (ITC) and International Moral and Social Issues Council (IMASIC), under the leadership of Commissioner Robert Donaldson, was held. Themes and agendas common to both bodies were discussed at this meeting.

Commissioner Robert Donaldson says General André Cox has significantly widened the remit of both groups during his tenure as General.

‘Previously, the ITC’s focus was primarily on The Salvation Army Handbook of Doctrine, but the group is now is being asked to give considerable input to international Salvation Army leadership on wider matters of theological significance. Likewise, IMASIC is providing more input on moral and social issues—and consulting more widely with territories and commands in the process. And where there is commonality, the two groups are also collaborating.

This collaboration offers considerable strategic benefits to The Salvation Army, Commissioner Donaldson said. ‘For example, from an IMASIC perspective, there is great advantage to having such a broad, highly competent group of theologians assisting us with the theological reflections that form the basis of International Salvation Army Positional Statements. This isn’t to say that IMASIC doesn’t have these resources within its own members, but an extra measure of robust thought comes when from adding additional theologians to the mix.’

The ITC, chaired by Lieut-Colonel Karen Shakespeare, had previously spent two days focusing on the General’s priorities, as well as preparing for an upcoming meeting in Paris that included Sunday worship and a workshop with French Salvationists.

The ITC’s work on ‘Doctrines for the 21st Century’ has been approved for publication. This will shortly be available on the ITC website (www.salvationarmy.org/doctrine). The ITC is also preparing for the publication of a book on The Salvation Army’s 11 doctrines from a series of articles previously published in The Officer magazine. Its members are now contributing to a second series in The Officer on aspects of the Soldier’s Covenant.

After the two councils had met together, IMASIC then met for a further day. Its agenda included discussions on conflict and peace-making, as well as work on an International Positional Statement on refugees and asylum seekers. MASIC groups from the Australian territories have given input to this statement, as well as the Southern Africa Territory and the Italy and Greece Command.

‘This was a great collaborative effort,’ said Commissioner Donaldson. ‘Having such well-considered input from parts of the Army already heavily engaged around refugees and asylum seekers really sped up our process.’

New Zealand will host the next IMASIC meeting, in September at Albany Bays Corps in Auckland.