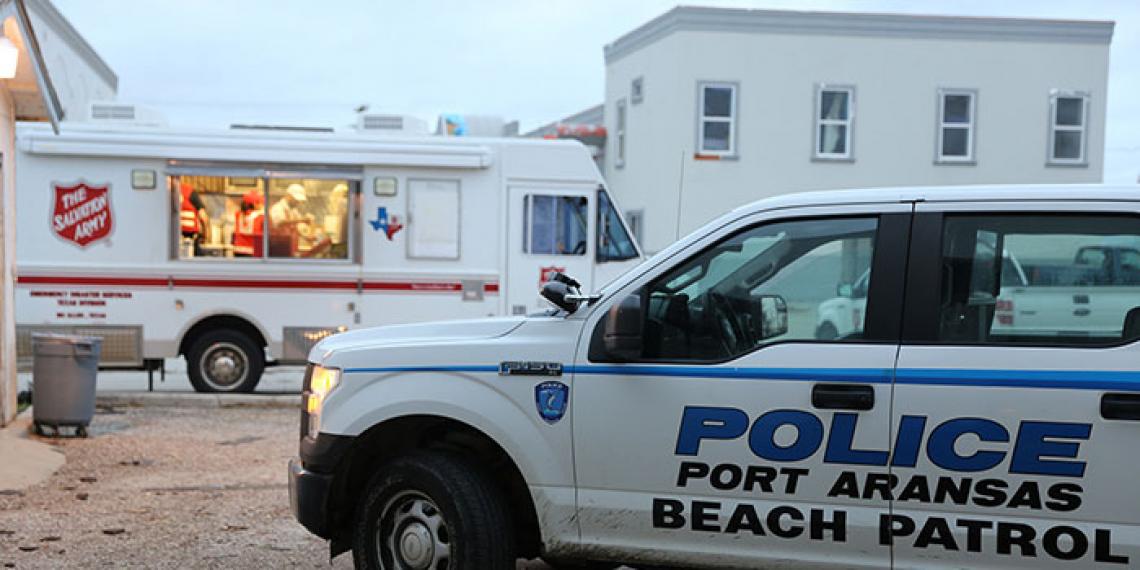 As continued rainfall from Storm Harvey presents extreme danger to the Gulf Coast of the USA, The Salvation Army in Texas is providing food and hydration to first responders and is preparing for massive feeding efforts for residents. In response to increased needs, The Salvation Army is activating emergency response teams across the country.

‘As the situation in south Texas continues to worsen following Hurricane Harvey's landfall, The Salvation Army has activated all of its US and Canadian emergency disaster response assets. These units are able to provide food, shelter and emotional and spiritual care to those impacted by this ongoing devastating weather event,’ said Major C. Mark Brown, Director of Business Operations for The Salvation Army’s Texas Division.

Salvation Army locations in Houston and the surrounding areas are providing shelter, food, and clothing in response to dramatic flooding in the city. On Sunday afternoon in both Pasadena (Texas) and Texas City a number of people were transported to The Salvation Army in the back of dump trucks having been rescued from rapidly rising flood waters.

Mobile kitchens from McAllen, Laredo, Corpus Christi and Dallas Fort Worth served meals, drinks and snacks to residents and first responders in the hard-hit city of Port Aransas, Driscoll and Corpus respectively. More than 3,000 meals, snacks and drinks have been served. Ten additional mobile kitchens and an Incident Command Team from Arkansas and Oklahoma arrived in Corpus Christi on Sunday evening ready to begin service on Monday. An Incident Command Team from Florida is travelling to support the relief efforts in Houston by the middle of this week.

As communities along the coastline become accessible, Salvation Army mobile emergency feeding and hydration vehicles are delivering service to the affected areas. Service will continue for as long as is necessary.

Major Andrew Kelly, Salvation Army Area Commander for the Austin Area, Texas, tweeted: ‘This disaster will take months and possibly years to get through and The Salvation Army will be there, helping in any way we can, providing meals, shelter, clean-up support, and emotional and spiritual care; it will take financial assistance for us because it will be very costly.’

Former president George W. Bush, in a Facebook post, wrote that he and his wife Laura ‘are moved by the heroic work of the first responders and volunteers who are putting themselves at risk to save others … The devastation breaks our hearts, but we are confident that these strong communities will recover and thrive.’ He encouraged the population to donate to The Salvation Army and other organisations offering assistance.

To make a financial donation to support the Hurricane Harvey relief efforts please go to http://sar.my/amappeal.

Up-to-date information about the Hurricane Harvey response in Texas and neighbouring states can be found at disaster.salvationarmyusa.org.

Compiled by IHQ Communications from reports by USA Southern Territory