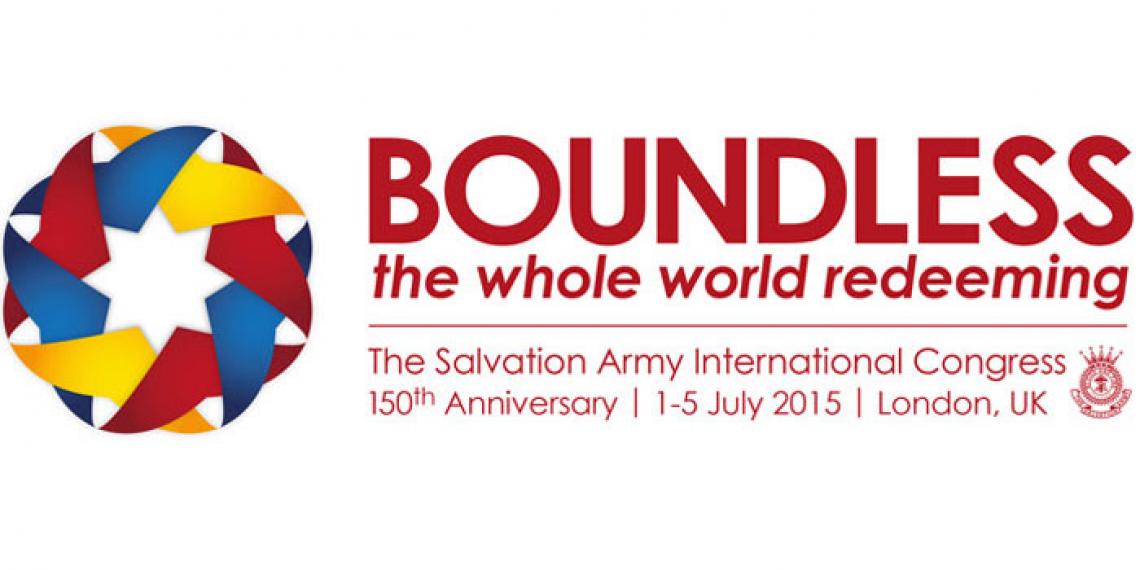 Thursday 2 July 2015 is a historic day for Salvationists, friends and supporters, marking the 150th anniversary of the date on which William and Catherine Booth began the ministry that later became The Salvation Army. To help publicise the occasion online, a virtual ‘flash mob’ will take place at 1pm (British Summer Time) on Founders' Day. All Salvationists, supporters, donors and friends are encouraged to add their voice at sar.my/thunderclap.

The one-off burst of social media uses Thunderclap, enabling people to participate using their Twitter, Facebook or Tumblr accounts – or all three – to share a simple message. The text – sent from supporters' own accounts – includes a link through to the International Headquarters (IHQ) website where people can find out more about the history and current ministry of The Salvation Army:

The Booths were keen advocates of early communications technology, with the Founder famously sending a one-word, Twitter-friendly telegram (‘Others’) as his Christmas message in the early 1900s. William and Catherine also made innovative use of the new-fangled motor car in order to ensure the spread of the Christian gospel within the United Kingdom and beyond.

IHQ Web Manager David Giles explains that an approach like this is a great way of reaching out to people who may not know about the diverse work of The Salvation Army. ‘The beauty of a Thunderclap,' he says, ‘is its simplicity – all you need is a social media account. If you don’t already have one it’s free and easy to sign up. The message we’re encouraging people to share should open up plenty of opportunities for online conversation. Because all these messages occur at exactly the same time – 1pm on 2 July – it is sure to get The Salvation Army noticed. Taking into account the number of online connections that Salvationists and friends each have, the message is amplified and could well reach millions of people worldwide.’

Full details of how to take part in the Founders’ Day Thunderclap are available at sar.my/thunderclap.

Once they have signed up to the Thunderclap, Social media users are also invited to demonstrate their participation in the Boundless – The Whole World Redeeming 150th anniversary congress, regardless of physical location, by adding the event’s now-familiar logo to their Twitter and Facebook profile photos. This can be done at sar.my/twibbon, and is again intended to be a conversation starter (see www.salvationarmy.org/ihq/news/inf170615 for an example).

The striking design by Kim Hansen and Jan Aasmann Størksen lends itself well to spiritual discussion. It portrays interwoven doves – which symbolise the Holy Spirit – and the Army colours of red, yellow and blue. The doves come together in the shape of a star, which is the centre of the Salvation Army flag and represents the fire of the Holy Spirit. The circle itself represents the world redeemed by Jesus Christ. The circle, explain the designers, has no beginning or ending, reminding us of the eternal and boundless nature of God.

For more information about the congress, and to be part of Boundless 2015 online, go to www.boundless2015.org