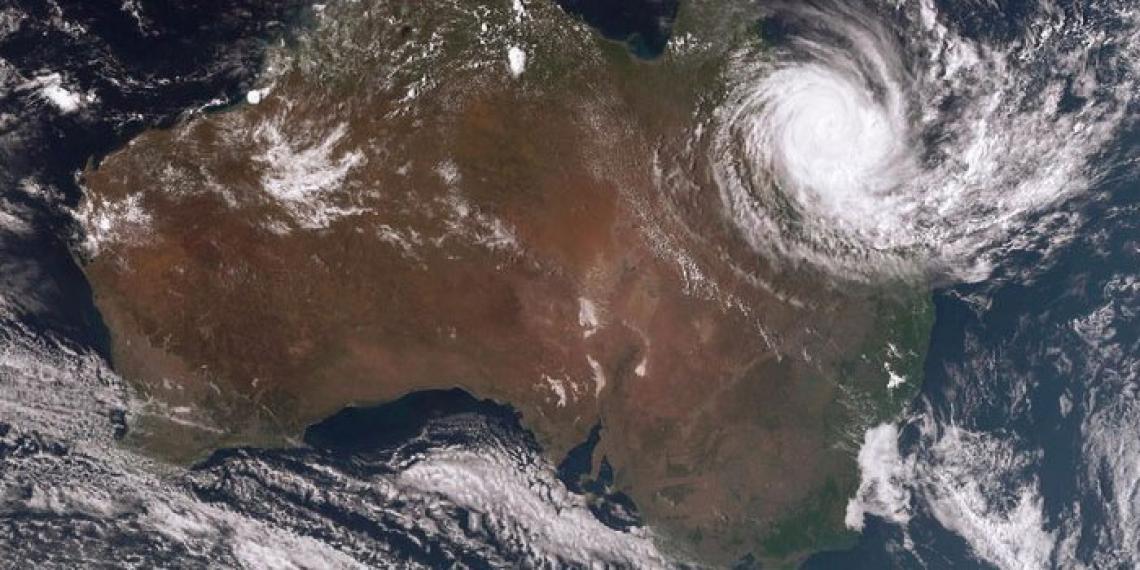 The Salvation Army in Australia is providing assistance to people who have lost homes and livelihoods in the devastation caused by Cyclone Debbie. The storm, with winds in excess of 260 kilometres per hour, hit the north-eastern state of Queensland on Tuesday 28 March, forcing thousands of people to be evacuated to safety. The Salvation Army has launched a disaster appeal to support affected communities.

The Queensland State Government has asked The Salvation Army to play a key role in the Cyclone Debbie emergency response effort. It has already made a AUS$1 million contribution to four leading charities, a quarter of which is for The Salvation Army.

As the clean-up begins, Salvation Army Emergency Services (SAES) and disaster teams are working with local authorities to respond to the most immediate needs.

In the coastal town of Bowen, the weather has cleared but debris covers the roads, many trees are down and roofs have been ripped off houses.

'There is a lot of damage in the town,' said Envoy Heidi Grice, leader of Bowen Corps (Salvation Army church). 'The family store has been damaged – there is flooding inside and the front fascia signage has been ripped off. There is also water all around the windows of the corps building and the guttering has been torn out of one side of the building.

'It was the first cyclone we’ve been in and we didn’t really know what to expect. We had winds of 145 km/h, which were strong, but other places got more than 200 km/h. We are still assessing the damage here.'

Heavy winds and rain are still being felt in Mackay, where many homes have lost power.

'Trees and branches are down and the cane fields have been flattened,' says Lieutenant Steve Spencer, corps officer in Mackay. 'Cars that have been in accidents are on the side of the road. I sat at an intersection waiting for the lights to change and my car was shaking with the winds. Thunderstorms are now forming, which for this area means torrential rains. We aren’t out of this by a long shot!'

Major Peter Sutcliffe and a team from Rockhampton have made it through to Mackay, where they will wait to move into the worst-hit areas.

'We will be deployed north to Proserpine [where the strongest winds were measured] as soon as the roads open,' he says. 'although that may not be until Friday or Saturday. Once the State Emergency Services, who are already working here, have their logistics in place, we will respond to their callout as well.' SAES teams from Bowen will also join the deployment to Proserpine.

On their way north to Mackay, the team waited with other stranded motorists while a road accident was cleared. 'We checked with the police there and fired up our generator to serve tea, coffee and biscuits to those waiting,' says Major Sutcliffe. 'We also gave the police hot coffee and refreshments, for which they were most appreciative. It was the least we could do to offer help on the side of the road.'