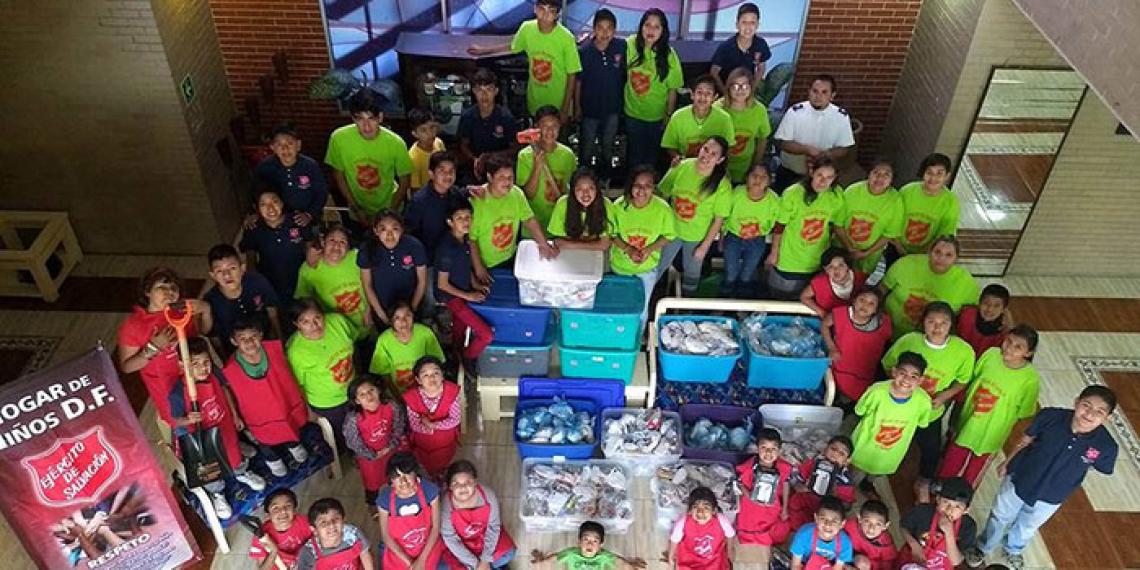 A 7.1-magnitude earthquake has caused the collapse of buildings and other infrastructure in and around Mexico City. The epicentre was on the border between the states of Puebla and Morelos, around 120 kilometres from the Mexican capital. The Salvation Army’s Territorial Commander Colonel Ricardo Bouzigues reports that there has been ‘tremendous damage’. More than 200 people are known to have lost their lives in the tremors, including at least 26 children who died when their school collapsed.

Salvation Army facilities have been affected, with all territorial headquarters officers and cadets of the School for Officer Training having to be evacuated because of structural damage to buildings. Nevertheless, The Salvation Army is assisting communities most severely affected by the disaster and a needs assessment is under way.

The Salvation Army’s Irma Arellano Children’s Home in Mexico City was largely undamaged by the earthquake and has become a hub for The Salvation Army’s response. Officers, staff and volunteers have all been involved in the immediate response, with some of the resident children actively participating in preparing sandwiches and other food packages for first responders, rescue teams and people who have had to leave their homes.

Headquarters and some corps (church) buildings across the Mexico City metro area are being used as collection centres to receive donations such as food, water and blankets for subsequent distribution.

Photos and video of the immediate reaction to the earthquake are available at sar.my/mexcityquake.

This latest emergency reponse comes as three teams of Salvation Army officers and volunteers are already assisting with emergency disaster responses after the 7 September earthquake in Oaxaca and following the landfall of Hurricane Katia in Veracruz. This means that additional Salvation Army canteens, supplies and personnel are being sought from the neighbouring USA. The church and charity’s International Emergency Services team – based at International Headquarters in London, UK – is also poised for immediate deployment.

In Oaxaca, The Salvation Army’s emergency response is centred on the city of Juchitán, on the Chiapas coast and 100km from the epicentre of the 8.1-magnitude quake. Two emergency canteens were mobilised to serve approximately 5,000 people. The majority of these people had become instantly homeless because of the collapse of their houses.

The Salvation Army continues to support affected individuals and families, in cooperation with the government and partner agencies.

Meanwhile, in Veracruz a mobile canteen and two vans stocked with food, groceries and clothing were deployed in response to Hurricane Katia. Around 2,000 people are currently being supported with emergency feeding programmes, and emotional and spiritual counselling as required.