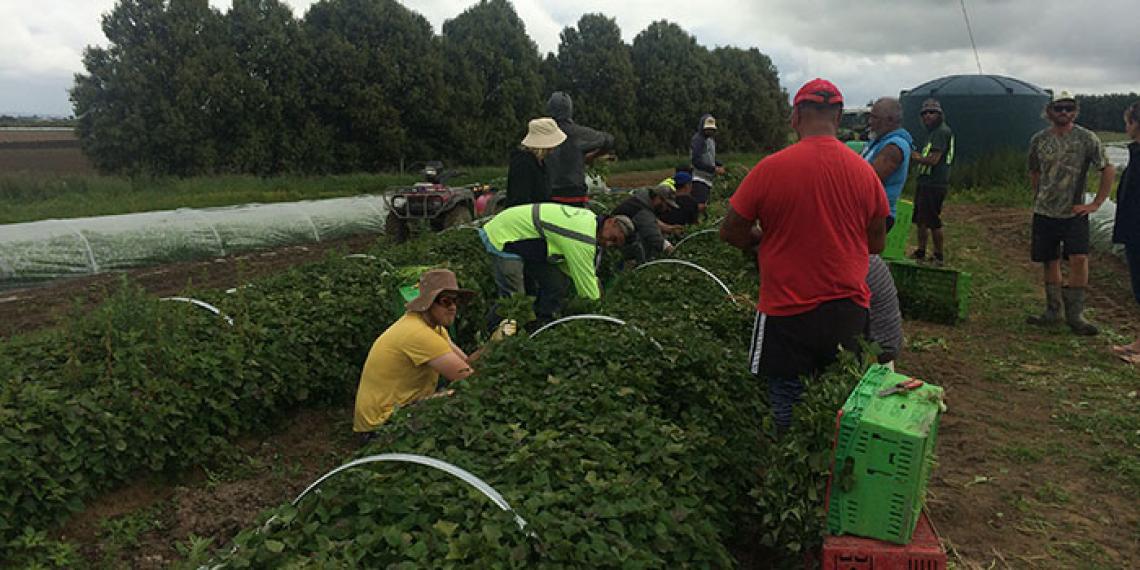 Kumara has been helping some newly released prisoners get their lives back on track in Northland.

The Salvation Army Education and Employment (E&E) Corrections Employment Services programme has been placing released prisoners into work in Northland and helping change their lives.

Their latest project is a pilot programme working with the Department of Corrections, the Ministry of Social Development and a Dargaville kumara farmer with a commitment to helping released prisoners.

Employment navigator Lee Colvin, who helps the clients find work, says they placed a team of 10 clients on two kumara farms in September, supported by two foremen, with fantastic results. The men and have been supporting each other to stay on track, and have stood out as the hardest working group on the farms, Lee says.

‘I don’t know how to describe the camaraderie between them. It’s just been a really uplifting experience for the boys who thought they’d never have a job. They’ve not just got jobs; they’ve found a new family that they haven’t had before. They’re feeling supported and that they’re part of something.’

Lee works with men and women straight from prison or on probation, helping them into jobs from truck driving to laundries, painting and even beekeeping.

It’s a busy job: Lee has 15 clients in work, 30 referrals she’s trying to find jobs and three new clients referred each week. However, she jokes that they’re ‘scaring Corrections’ with the amount of people finding work. And seeing the faces of the clients, particularly when they get their first paycheck, made it all worthwhile, she says.

The work is a team effort, with strong support from Work and Income New Zealand staff member Christine Murry, who organises subsidies for employees taking ex-prisoners and from a former E&E student, Chelise, who has been volunteering as her PA since September. Local Far North businesses have also been very supportive.

Getting a job after being in prison is a huge boost in helping people reintegrate, Lee says.

‘When they come out, they’re often scared they’re not going to find a job. It makes it really easy to get back to their old ways. Once they’ve got a job then they’ve got income, they’ve got food and can keep a roof over their heads. The joy on their faces of knowing they’re doing something that’s productive for the course of their lives is great.’