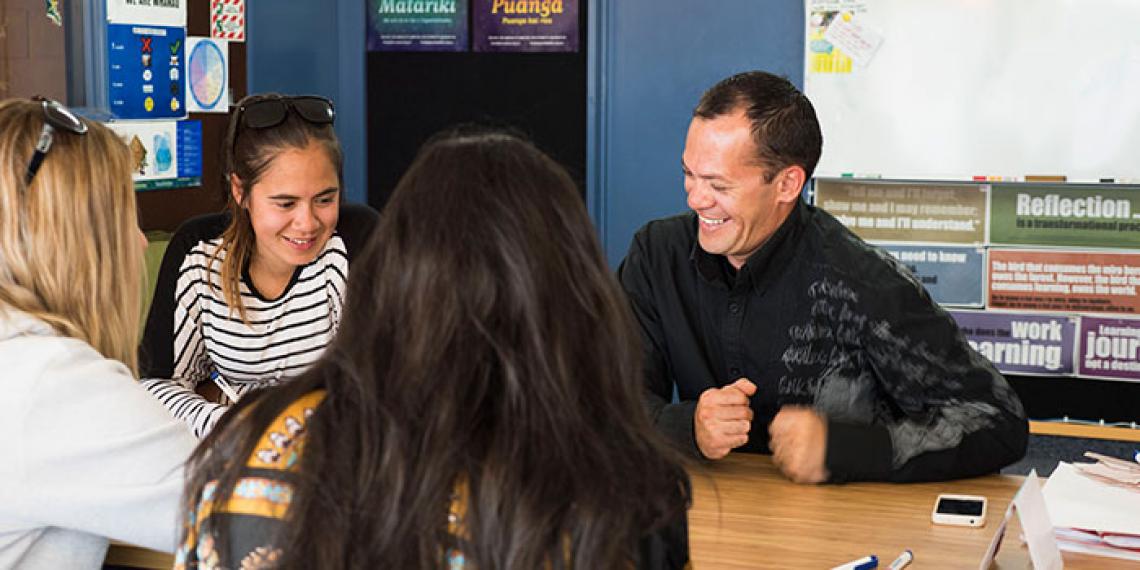 A group of Oamaru students have been so impressed with their Education and Employment tutor they’ve recommended him as a hero.

Joseph Cropley, who runs an Education and Employment (E&E) Youth Guarantee programme, was nominated for a Kiwibank New Zealander of the Year Local Hero award by some of his students and community groups he works with. He was awarded a medal as an Oamaru local hero at a ceremony in Dunedin on 9 December, which also makes him a nominee for the nationwide Local Hero award, announced in February.

Joseph said the Youth Guarantee course trains young people aged 16-19, who have left mainstream education in hospitality, computing, service sector work and study skills, with a view to getting NCEA Level One and Two. He usually has classes of 12 students, but can have up to 14 at a time, he said.

Originally from Oamaru, Joseph has always had a passion for helping struggling young people, working in the North Island as a teacher aide with violent teens, a primary school teacher in low-decile schools and in alternative education.

He joined E&E in 2011, looking to get back to working with youth after five years in management roles.

When he started with E&E in 2011, Joseph said he literally picked some of the students off the street, while others were referred through Youth Justice. They had barriers that included drug and alcohol issues, self-harm, gang related upbringing and court and police charges, but by the end of the first year eight out of 11 had jobs and one was going on to higher education.

Often, Joseph’s students have left school with few or no qualifications and struggle with low confidence, and a lack of self-worth and direction in life, he said. However, most go on to become valued members of the community, even volunteering on community projects. During his first course, Joseph said students asked him at least three times if they could go and help older women they had seen struggling with stacks of firewood.

‘The person they helped would often cry and be lost for words that these young rough-looking boys would do such a thing for free. My reward was hearing them say, “Man I feel good, that was awesome! Did you see her smile?” ’

Jospeh’s E&E work is one part of a wider role working with young people in the Oamaru area. Joeseph started a boxing club in the town, is a trustee at a local marae, and is part of a group of education and community leaders in the region working to improve educational opportunities for young people. He is also a junior rugby coach and enters a youth team in a local touch rugby competition each year often paying for registrations for young people who can’t afford them.

E&E Education Manager Rhondda Deuchars said Joseph was extremely well respected by his students for going above just teaching them the course work. ‘He’s involved in his students’ lives if they want this. He’s a mentor as well as a tutor.’