Shelter from the storm | The Salvation Army
Skip to main content

Shelter from the storm

The men living at 62 Poulson Street all have a tale to tell. 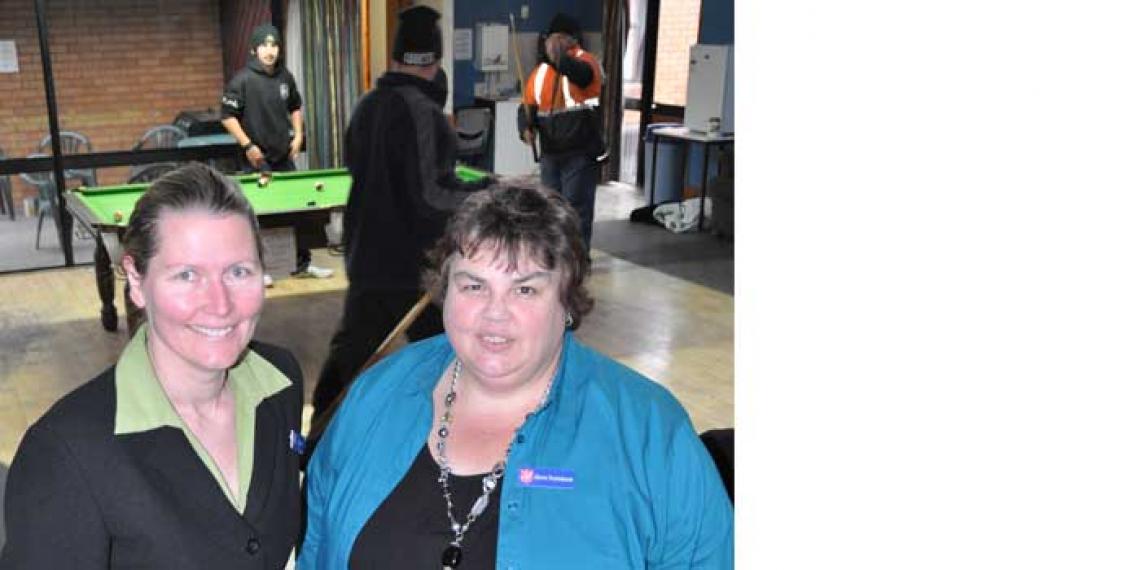 The Salvation Army’s Addington Supportive Accommodation in Christchurch was established in 1896 to take in released prisoners from the nearby, and now closed, Addington Prison.

It has occasionally been re-configured over the past 116 years and is now a sprawling complex of brick buildings and home to 77 men.

The facility comprises two main blocks of accommodation, 10 apartments, and a house that is home to four men. Its residents can be roughly split into two camps.

The first group once lived in psychiatric hospitals or homes for the intellectually disabled that were wound down or closed during the 1990s. Group homes out in the community that were meant to care for these men were also scaled back and they eventually wound up at Addington. These residents generally require a good deal of support and supervision and are unlikely to be able to live in the community without significant publicly-funded support.

The second group of men—often parolees—are shorter-term residents. Many have mental health and addiction issues to manage. They use Addington as a place to take stock and get organised before moving back into the community. After receiving onsite support, such as budget counselling, medication management, referrals for addiction treatment, advocacy for housing and employment, and help to work out a strategy to begin a stable life outside the centre, they are ready to leave. Some of these men will spend time in the centre’s house to practise managing household budgets and looking after themselves, prior to finding accommodation in the community.

Centre Manager Pip Mills has a background in mental health support work and has been at Addington for 16 years. In that time, she says, the men coming to Addington have brought with them increasingly complex and inter-connected problems to solve before they can have a realistic chance of living safely and independently in the wider community. ‘It’s now quite unusual to get a client who has only a mental health diagnosis and nothing else, or someone who has been through the justice system and has no other issues—all our clients are complex,’ she says.

Residents include a small number of mental-health patients with a level-four category, meaning they require 24-hour supervision. A few have been deemed high-risk by the Parole Board and are on extensive supervision.

That Addington is highly successful at improving the lives of its residents and reducing the risk to the community—and in the process saving the taxpayer millions of dollars over the years—is evident in the reliance of local mental health providers and the Corrections Department on the centre. These two sources make up the bulk of Addington’s client referrals.

When asked about the value of Addington to the Probation Service, Christchurch Community Probation Officer Anna Scott says, ‘It’s huge. Some guys aren’t able to cope in the community for whatever reasons. The staff there are unbelievably amazing. Just the work they do to support guys who have limited support from the community—as I say, we’d be lost [without them].’

One of the Probation Service’s clients and one of the 67 per cent of Addington residents with multiple obstacles to overcome is Ricky. He came to Addington as a parolee straight from prison, having nowhere else to go. His first stint at the centre ended abruptly after his drinking led to a breach of house rules and his residency was terminated. After getting a flat in the city, Ricky was recalled to prison after his alcoholism got the better of him.

Following Ricky’s release, he returned to the centre, enrolled in the 12-week programme at the Bridge Programme early this year and has been sober ever since. He now volunteers five days-a-week at one of two the Family Stores operated by Addington.

Ricky says the centre provided a safe, supportive and structured space for him to draw breath and work out his priorities. The quietly-spoken father of a young son is now focused on establishing a home for them both, and getting back to the job of being a father.

And if Addington hadn’t taken him back? ‘I truly believe I would be back in prison or worse, because my alcoholism was getting to the point where it was life-threatening,’ he says.

Jason, a former parolee, lived at the centre for six months and now has a council flat. He works full-time at the Family Store as senior sales assistant. He says Addington was a place to get his bearings after the constricted and surreal life of prison.

‘It’s particularly important coming out of the very oppressive environment of prison and going where you are not judged but accepted and where there is also structure. The biggest factor was just having someone to talk to—some support and encouragement.’

After getting repeatedly knocked back by landlords, Addington staff organised a flat on Jason’s behalf and helped with furniture. If Addington hadn’t provided him with a temporary home, he believes he would have had to serve the remainder of his sentence.

Addington’s reputation as a problem-solver for men at the bottom of the socio-economic heap began in 1996. Then director of the centre and Christchurch Salvation Army stalwart Major Rex Cross decided to move from simply providing accommodation to working more closely with residents to deal with the underlying reasons for them winding up at Addington.

‘And we’ve been honing that ever since,’ Pip says. ‘We tend to do very well with the people no [other agencies] are willing to work with because they find these clients far too complicated.’

The key to moving residents toward independence and maintaining harmony among almost 80 potentially volatile men is a combination of setting out clear rules of behaviour and patient relationship building with the men.

Addington Programme Coordinator Glenis Tricklebank says staff efforts in building trust and mutual respect with residents pays dividends in the men’s progress and also means any friction between staff and clients or between clients is easily managed.

But it’s not all rosy at Addington. Its success with clients, combined with the 2010 and 2011 earthquakes is now piling pressure on the centre.

Addington is running at full capacity and has had a waiting list since the beginning of the year. More than 30 men are waiting for a place.

The reason for the backlog is that the quakes destroyed or damaged most cheap inner-city hostel and bed-sit accommodation, making the remaining and often substandard housing scarce and no longer affordable. This has increased demand for beds at Addington and means those ready to leave the centre can’t afford the rising rents on their fixed or low incomes.

Glenis says this has increased pressure on staff and has particularly frustrated residents looking to move on but unable to find accommodation they can afford. Single men have virtually no chance of getting Housing New Zealand or Christchurch City Council housing, the only affordable accommodation in town.

Addington is also facing a steep rise in overheads, although profits at the centre’s two Family Stores are expected to cancel out any deficit or at least alleviate it. The main contributor is the centre’s insurance bill. Addington’s annual pre-quake insurance cost was $13,500, but this year’s bill is expected to be around $75,000. One of the Family Stores has seen an increase in rent of $33,000.

Currently, neither Christchurch District Health Board nor Corrections pay for the care of their clients living at Addington. The one exception is a modest amount Addington receives from the DHB for providing an on-call bed and associated supervision for people with serious mental illness that are at risk of criminal behaviour.

Pip says the care of many of the centre’s residents would likely qualify for District Health Board or Corrections Department funding.

She says the days of the agencies freely shifting the costs and risks of caring for parolees and mental health patients at Addington may be coming to an end. Addington’s management is now working toward establishing contracts with the agencies.

The savings to Corrections when people are in The Salvation Army’s care is huge. The cost of keeping men like Jason and Ricky in prison is around $94,000 a year—or $257 a day—not much more than Addington receives per week, per man for rent, board and services. And that’s if residents have the means to pay. As Glenis says, admission is based on need rather than ability to pay.

The cost of having unmanaged mental health patients at large is inestimable but also likely to be huge.

Robert entered Addington 12 years ago looking for a way put an end to the chaos that had consumed much of his adult life. He was homeless and arrived at Addington with multiple drug addictions and a history of psychiatric hospital admissions, some of them ordered by the courts.

He says he now has a level of stability in his life sufficient to keep himself well—something he says would be highly unlikely if he lived in the community. Staff keep a quiet eye on Robert’s health and can help him manage his medications if need be.

‘Life has improved 100 per cent,’ says Robert. ‘Here, there is a system where I don’t get unwell, without which I could fall back into that dysfunctional behaviour.’

‘We have a lot of people who if they know their medication is going to be dispensed and staff are there at night to check things out, then they will do well,’ he says. ‘They don’t do well if they are left to their own devices—structure is essential.’

He says Hereford staff view Addington as having a high value for community mental health patients and the community at large, a value that is rising with the scarcity of suitable accommodation.

‘We know if (Addington) closed today, we probably would not be able to place of the people that we’ve got living there. They would probably end up on the street.’