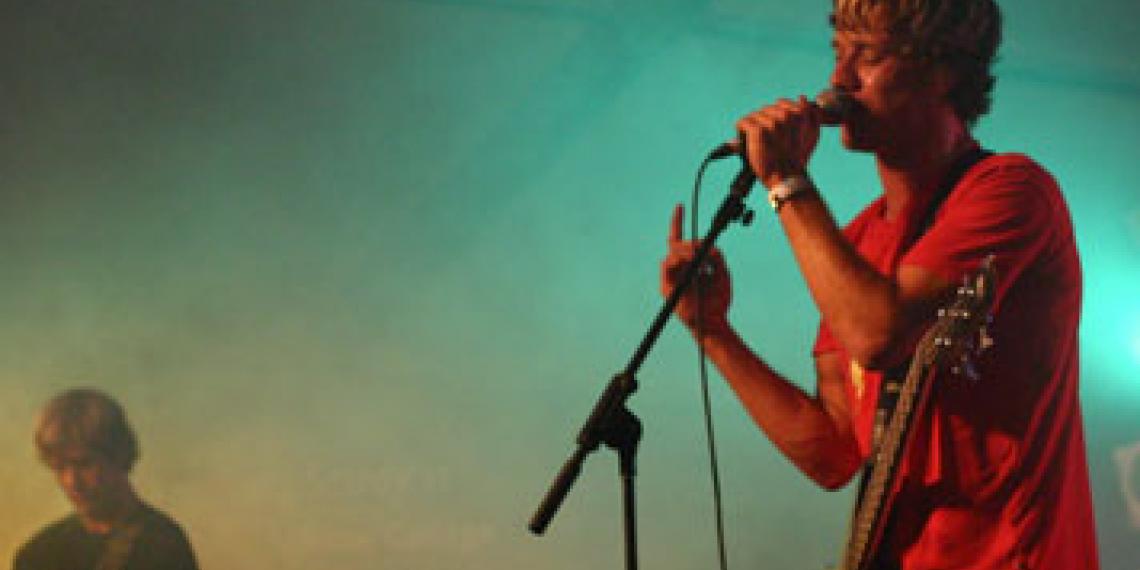 Much has been said about the power of song to connect hearts, transcending all manner of boundaries. And the sayings are true. I mean, there’s a reason why films have almost constant musical soundtracks, why countries have national anthems, why we sing at church each week, and why advertisements lure us in with their catchy jingles—it is simply connection. Connection to an idea, to a feeling, to a product, to a nationality, and to each other through the common language of song.

The apostle Paul realised the power of music to connect people when he said, ‘Speak to one another with psalms, hymns and spiritual songs. Sing and make music in your heart to the Lord’ (Ephesians 5:19). So if music plays such a massive part in enhancing both life and faith, then it makes sense that we explore ways to utilise it more effectively.

The discipline of practising and mastering your instrument is crucial to this exploration of the power of music, but the other vital ingredient is song writing. It goes without saying that our hearts and ideas and feelings and revelations change over time—so, if we are to communicate those feelings via music then the music we use also needs to be changing. In other words, we need to write new songs.

In a church setting this doesn’t mean that we should do away with the old songs—often they communicate eternal truths and can also develop fresh meanings. However, new songs should also be there as an expression of the new things God is doing. Look at any great movement of the church (the Wesleyan revival, the early years of The Salvation Army, Billy Graham’s crusades)—all had a coinciding wave of new music.

So how do we go about making sure that those waves of God-inspired songs keep coming?

At Amplify 2012 I had the privilege of working with 10 aspiring song writers for the week, helping develop their craft and sharing some of the keys I’ve picked up from two decades of song writing. The main point I wanted to communicate was that song writing is not a science; it’s an art form where talent and logic must submit to the song almost creating itself. Now, this might sound very ‘arty farty’ but if songs are to have the spiritual depth that we hope them to have, it makes sense that they are birthed and nurtured in a spiritual state, as opposed to one dominated by crafty verb placements and grade-eight theory principles.

And I’m not alone. Prolific modern recording artist Jay-Z says, ‘I spend a lot of time fighting myself to stay out of the way of a great song. It’s hard for me to leave a song alone, in its natural state. I want it to have that mass appeal, but once I start trying to push it too far, you can feel that something isn’t right. When you can hear what a writer is trying to do, it’s like watching a dancer and seeing him counting his steps.’

Of course, songs don’t completely write themselves. We have to do some of the work. And essentially this work is about creating the right environment for songs to take root. For me, this involves three practical steps:

How many Beatles songs can you name? Twenty or 30? Maybe 50, if you’re a big fan? In their short seven-year career The Beatles wrote and released about 200 original songs. So, yes, they had screeds of hits, but they also had well over a hundred songs that failed, comparatively.

A common ratio bandied about in the recording industry is that for every successful album (of about 12 songs) you need to have written about 100 songs. From this 100 you’ll demo record about 30 and then choose only a dozen to be released. This seems like a drawn out process, but this quantity-over-quality approach ensures that every opportunity is given to the song to ‘write itself’—removing the tendency to be overly critical too early in the process.

No piece of music with any value is entirely original. There will always be something—a chord progression, a melody, a lyric—that can be traced to another song. And realising this can free up a song writer to not feel that they need to write ‘everything all at once’.

Do you have words and no music? Start out with a Michael Jackson beat or a Jack Johnson chord sequence or even a Mozart melody. Add your words, sing it from the heart and put your fresh spin on it. It’s a great way to (as Jay-Z said) stay out of the way of the song. And in worship music, what better lyrics are there to copy, word-for-word, than Scripture?

Most of my song writing takes place in personal prayer times where no one can hear me. Just my voice and my guitar opening up my heart to my Heavenly Father. Find a place—whether it be a car, a shower or a long stretch of beach—to just sing and write without fear of others listening and critiquing. Also, spend time in prayer before you write, asking God to speak to you through the songs and vice versa.

Be encouraged to write songs as an expression of what God is doing in your heart and in your community, knowing that God desires this very much. Also, be prepared to write a lot, to ‘borrow’ other’s ideas, and to find that place where your heart can be free to sing.