Tackling the Blues | The Salvation Army
Skip to main content 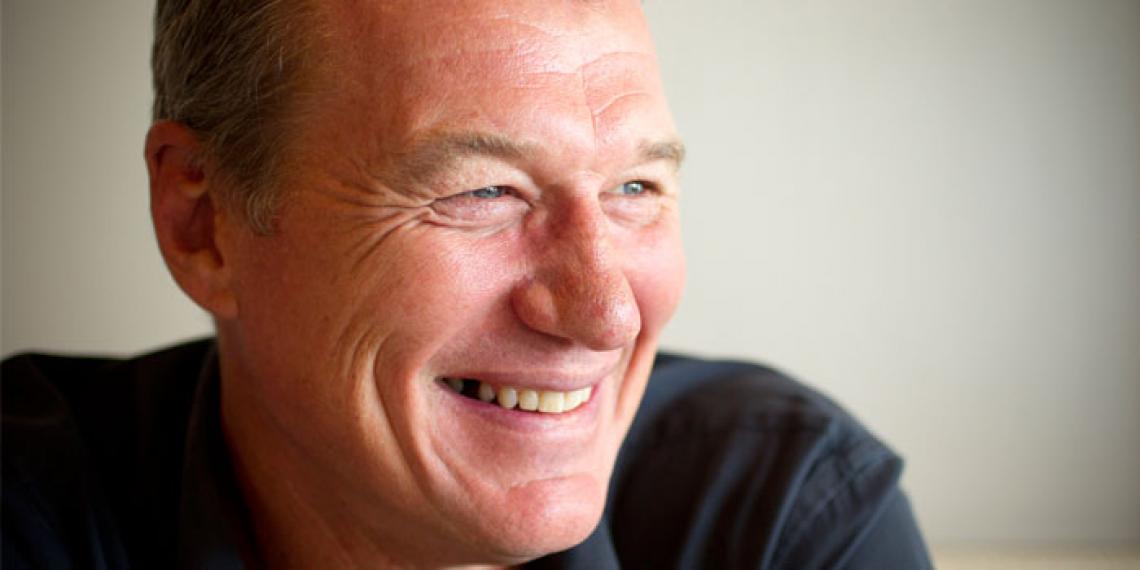 One of New Zealand’s most successful rugby players, Blues Super 15 rugby coach and former All Black Sir John Kirwan has become the face of depression in New Zealand. He talks to Robin Raymond about tackling his own illness and his mission to help others through a message of hope.

Even as we talk, Sir John Kirwan is juggling mental health support work and life as a rugby coach for The Blues Super 15 team. Thanks to a slight muddle with another interview, he’s walking through the doors of The Blues head offices to start the day job when we speak—but work won’t get in the way of spreading the word on his new book for parents and teens going through depression.

‘I’ve got a meeting in five or 10 minutes, but I can talk. It’s an important subject.’

The juggling has been constant for almost 30 years, first as he battled his own depression and then as an advocate for mental health support, including his new book Stand By Me, released late last month. Indeed, for Kirwan, rugby and good mental health are central to who he is. One is his life, he says, and the other is his passion. ‘My life is rugby. That’s what I do. But I have a huge passion for mental health and on my days off that’s what I do.’

Kirwan has been in the New Zealand rugby spotlight since 1983 when then Auckland coach John Hart unexpectedly plucked the 18-year-old from the Marist club third grade team to play for the province in its centenary match. A year later, he made his All Blacks debut, the first of 63 games in a 10-year career with the national team.

Kirwan started all but one of those games, scoring 67 tries, including six in the All Blacks’ 1987 Rugby World Cup triumph. Throughout, he admits he built a public persona of ‘happy go lucky JK’, but for much of that time was dogged by a black monster of depression.

Depression, he says, hit like a freight train, starting with a panic attack and quickly developing into black moods, more panic attacks, difficulty sleeping, feeling he wasn’t good enough and being scared of hurting other people. At fi rst, he hid the illness, afraid and ashamed. Finally, one day in August 1991, he could not get out of bed.

It took Kirwan three years to get help and many more to get well. Through it all, he kept playing rugby to the top level and only missed one game because he was unwell. Despite his impressive form—such as scoring eight tries in one game against North Otago—he says the passion for rugby was gone for much of the central part of his career.

The life raft of hope

These days, Kirwan describes himself as ‘fantastically well’. He went on from playing rugby and rugby league in New Zealand, Italy and Japan to coaching the national teams in Italy and Japan before moving back to New Zealand in 2012 to coach the Blues.

The public image of ‘happy go lucky JK’ was changed dramatically when Kirwan began to publically address his illness in a series of television adverts and news stories. He quickly became a leading fi gure for campaigns to tackle depression, recognised in the Queen’s Honours in 2007 and knighted in 2012 for his services to rugby and mental health. In 2010, he released All Blacks Don’t Cry, which revealed the full extent of the illness that plagued him throughout his career but also his message of hope for those who were ill.

Even with the stresses of a high profile rugby coaching career and being a public campaigner, Kirwan describes life and staying well as great, and holds his story out as an inspiration and a message of hope for others. In fact, the vision of ‘hope’ has been central for Kirwan for his battle to get well and stay well.

This hope first came from a comment from fellow All Black Michael Jones, he says. One day, during a low point when Kirwan was still hiding the extent of his illness from his friends and team mates, Jones said to him, ‘You’ve got a good heart, JK.’ That simple phrase helped Kirwan appreciate that it was the illness that made him feel so bad; not that he was a bad person. He describes this comment as being ‘a lifeboat in the middle of a storm’—where hanging on to those words helped him get through. That message of hope is what Kirwan has been so passionate to pass on to others through his story.

‘You will not always feel this pain and fear; with the right help, life can be good,’ he writes in All Blacks Don’t Cry.

Kirwan’s other big message is to remind people that depression and other mental illnesses are just that—illnesses. Depression can strike anyone, regardless of their situation, Kirwan says. Even an All Black with a good career and a good life.

He talks of depression being like the flu, or any other illness or injury for which you would go to the doctor to get treated. Taking that stigma away from the illness has helped many, especially men, reach out for help, he says.

Since the first adverts and initial media storm, Kirwan has been a regular on New Zealand television screens. He admits he has given a lot to the public campaigns. ‘I’ve bared my soul to the world, really,’ he says. However, it has all been worth it for the rewards of seeing lives saved through hearing his story, a reward he says he’d take in aheartbeat over winning a World Cup. ‘That’s easy,’ says Kirwan. ‘I don’t think people understand how rewarding it is when people come up to you in the supermarket and thank you for raising awareness.’

Along with television ads and speaking tours, Kirwan has worked on the Health Promotion Agency website depression.org.nz, fronting videos with advice and support for people with depression.

Despite a busy schedule with The Blues and working on Stand By Me in his spare time, Kirwan still sounds regretful about not doing more to raise awareness about mental health. ‘I haven’t done any new TV ads in a while,’ he says, ‘so I did some videos for the farming industry, and I did the book in the last year.’

Stand By Me turns the attention wider, taking on Kirwan’s fears as a parent and asking how to best support children with mental illness. The book was driven by two ideas—one of which he tells me when we talk: ‘We’ve got one of the highest youth suicide rates in the developed world.’ The other is the opening line of the book. ‘I’m a dad and I’m scared.’ The book is a collaborative eff ort, with Kirwan working alongside husband and wife psychologists Elliot Bell and Kirsty Louden-Bell and talking to young people who have been through mental illness, and their families. The aim was to offer real stories from people going through a wide range of issues, alongside practical advice to parents and young people to help them prevent or get through mental illness. He says. ‘We want to save some lives. Help kids reach out for help, help parents.’

As in All Blacks Don’t Cry, there is a raw honesty in Stand By Me. The teenagers and their family members talk bluntly about their struggles. Everything from anorexia and bulimia to suicide, self-harming, physical and sexual abuse are confronted head on. Kirwan also openly addresses his fears and his hopes for being a parent. He opens the book with a story of his daughter Francesca in tears on a Skype call from Italy, talks about apologising to one of his sons for making them move from Italy to New Zealand, and even asks, ‘What am I doing wrong?’

Speaking honestly about his own fears as a parent wasn’t hard after his previous public campaigns, says Kirwan. Listening to some of the young people’s stories was difficult though—he was glad to have Elliot Bell and Kirsty Louden-Bell on hand to discuss the issues. However, he also says this was the most interesting and important bit of the book for him.

‘Talking to the teenagers and asking them what to do as parents—the most important thing was that you need to be there to listen when they’re ready to talk. That’s one I’ve had success with at home, and it’s not something my kids would tell me. As a parent, when they come home from school, I have all these questions. You know, “How was school?” “Fine.” “What did the careers advisor say?” “Too many questions, Dad.” But when they’re ready to talk they will.’

Ultimately, though, Kirwan says his role in the project was ‘to be the dumb parent’. ‘I’m really curious, but I’m not educated, so I don’t know a lot of the answers. The book is about me being the dumb parent asking questions and finding answers and practical things. Those questions are real, I’m sure every parent thinks them. So it was about facing up and trying to get better.’

And despite a year working on the project, Kirwan says he’s still trying to face up and get better and so he’s reading the book himself —for a third time, ‘just letting it sink in’. ‘It actually has helped me,’ he says, with a surprised sounding laugh. ‘It’s made me more sensitive to what my kids are up to.’