The Gesture that Changed Generations | The Salvation Army

The Gesture that Changed Generations 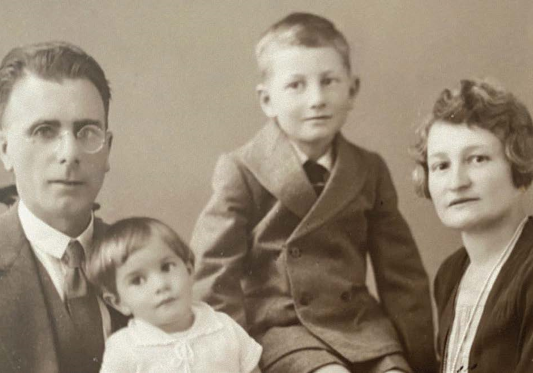 Sometimes an act of kindness and love can change history.

This was the case for Pamela Gervai’s family. Pamela’s great-grandfather was found homeless aged two years old living on the streets, in London. She has no idea where he was born or who his biological parents were. ‘He was running around the back streets, he didn’t know his own name, didn’t know where he came from, he was with a gang of boys making their living on the streets.’

Luckily for Pamela’s great-grandfather, he was found by William Booth, the founder of The Salvation Army, who looked after him until he found him a kind, loving and wealthy man to adopt him. ‘His name was Francis Walkie Smith and my great-gandfather also took on the name Smith because they had no reference to his original name.’

Pamela’s great-grandfather went on to have a wonderful, privileged and fulfilling life. She says this kind and loving act changed the course of not only her great-grandfather’s life, but many generations on.

The Salvation Army Will’s and Bequests Manager Chrissy Muller was blown away when she heard Pamela’s story. ‘If they hadn’t found him, a whole family wouldn’t have happened. You realise just how fragile life is. Something like that could stop a whole family line.’

Chrissy says leaving a gift in your Will to The Salvation Army is incredibly important. ‘It makes a huge difference to the future of what we can do. We cannot continue to help people like Pamela’s great-grandfather without donations, so it’s just crucial to have this support.’

Pamela says she will always donate and loves the work The Salvation Army continues to do. ‘I’m very impressed that the people who wouldn’t or couldn’t get help elsewhere have found it with them and that it’s a very caring group, who really do a lot for the people that are struggling.’ She says giving money is helping give many people a safety net. ‘For all the good that they hand on it’s almost worth more than you can give. Whatever you give translates to a huge amount of kindness and helpfulness to people in need. It’s a double gift; you give something monetary, and The Salvation Army gives something that’s worth even more.’

If you would like to join people like Pamela’s father and make a donation or leave a gift in your Will to The Salvation Army, or would like more information about this, phone 0800 53 00 00 or visit our website salvationarmy.org.nz/wills