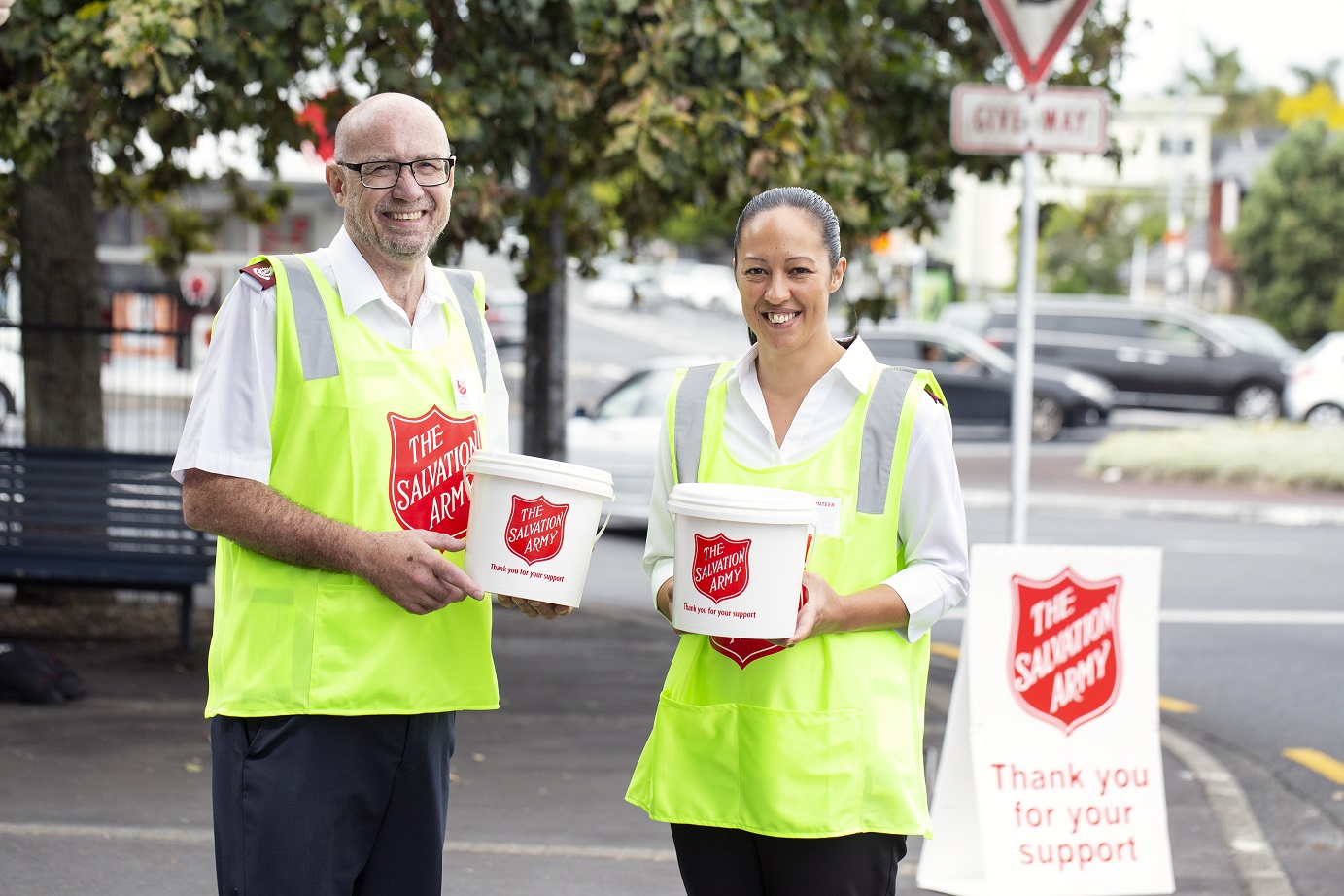 Antonia, the new Christchurch East Community Ministries centre manager at Linwood has an interesting story behind how she got into the role—starting from an interaction she had during last year’s Red Shield Appeal.

At the time, Antonia was covering maternity leave as a dental assistant, and had previously been a family therapist. She was unsure what was next for work, but still felt that she wanted to use her skills as a social worker.

During the 2021 Red Shield Appeal collection week, Antonia was shopping at Countdown in Ferrymead. Major Rex Cross was collecting outside and has been known to greet everyone and thank donors with a
‘God bless’.

Antonia knew about the good work that The Salvation Army does for the community and popped ‘all the coins in [her] wallet into the bucket. I gave my whole 70 cents.

‘Everyone knows The Sallies can be trusted so I thought I’d give them my change. Major Rex Cross was there and said, “thank you, God bless” even when I didn’t really give much.’

‘Nobody would have known if I’d never turned up, but I went along, thinking it was completely separate from everything going on at the time.’

Antonia was welcomed into the service and was encouraged to apply for the Community Ministries Centre Manager role in Linwood. ‘I thought, it was one of those things where you apply and see what happens. So I applied for the job and here we are.’

Antonia’s journey from her conversation at the supermarket has led to her finding meaningful work in her field, thanks to volunteers like Major Rex Cross and the hard work done during Red Shield Week.

This year’s Red Shield Appeal virtual collection is during May 2022. To find out how you can help us out as a virtual collector in your local community, visit salvationarmy.org.nz/collect