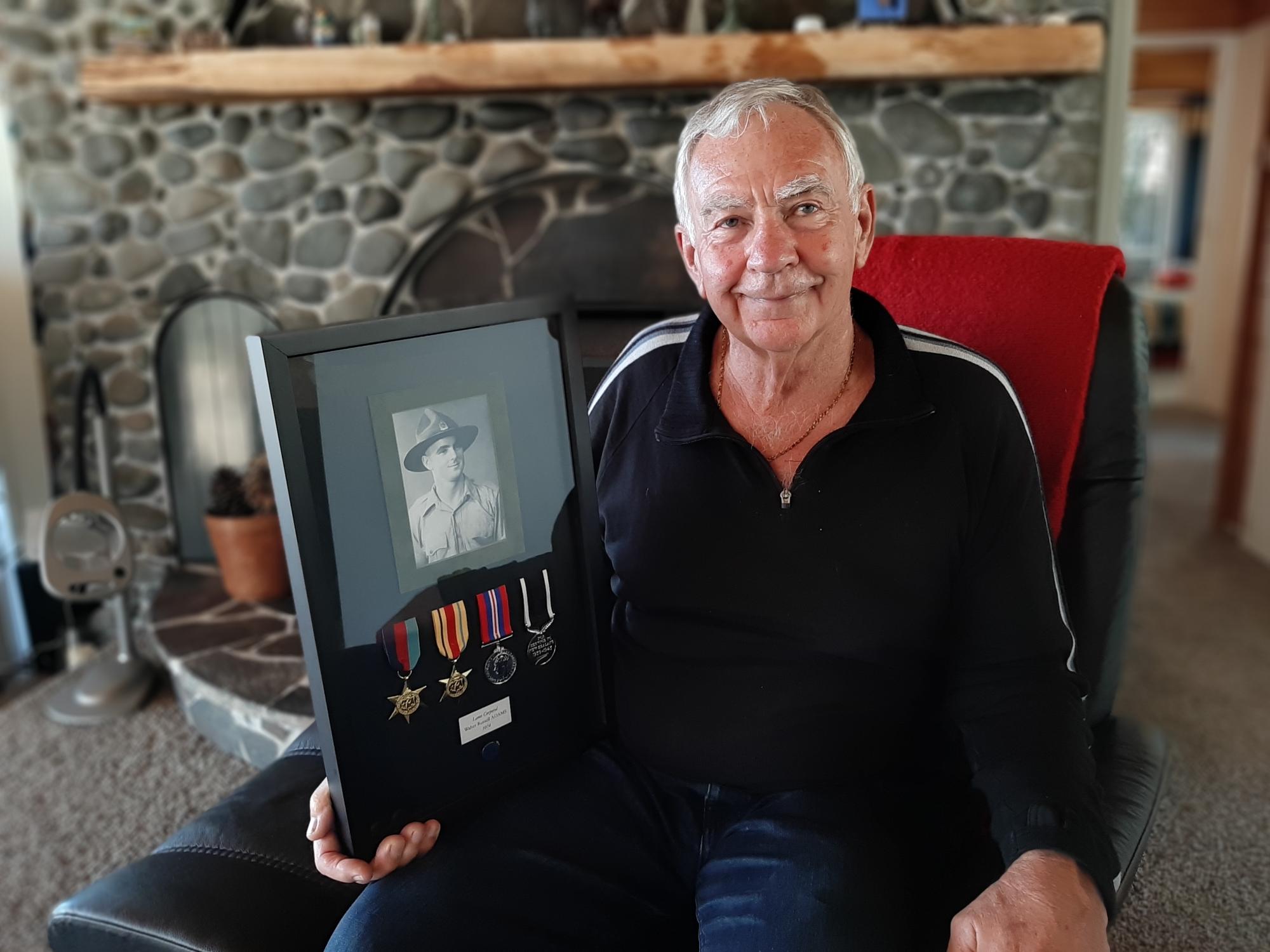 Des Adams grew up hearing how The Salvation Army helped his father— who spent four years as a prisoner of war (POW)—after World War II. So earlier this year, Des and his wife Jan came up with a simple but ingenious way to give back to the Sallies.

Walter Adams was 24 when he joined the war effort as part of the Long Range Desert Group, which eventually became the SAS.

In February 1941, Walter and his patrol were under intense gunfire. Their vehicle was shot by Italian fighter planes, puncturing their tyres, petrol tank and radiator. As Walter scrambled to change the tyres, a stray bullet ricocheted off the truck’s chassis and killed their gunner and an Italian POW they had captured.

Wink (as a child he asked for ‘wink of water’) was missing in action for eight months. Taken as a POW, he finally managed to send a message over short-wave radio, asking anyone who heard it to tell his mother he was alive. She got the message just before Christmas.

When the war was finally won, Wink was sent to the Belgium border where he was met by Salvation Army soldiers. They ushered him to the safety of their recuperation homes in England. ‘For the rest of his life, he could not praise the Sallies highly enough,’ recalls Des.

Wink was 11 and a half stone (73kg) when he went to war, and was seven stone (44kg) when he finally got to safety in Belgium. ‘All they needed was to be fed and fattened up, and that’s where The Salvation Army looked after him so well,’ adds Jan.

For the rest of his life, Wink put money in Salvation Army buckets every week. ‘That definitely had an impact on me, as a giver,’ says Des.

‘During lockdown, The Salvation Army really stood out,’ he adds. So when they decided to sell their second property, they donated all of the furniture—with half going to Salvation Army Family Stores.

When Des dropped the furniture off, he immediately saw it go to use: ‘When I got there, the beds were immediately going to a young woman they were getting into housing, because she didn’t have anywhere to go. Where else could she have turned to during lockdown for help like that?’ reflects Des.

Jan and Des are both pharmacists and have owned successful businesses. So, when they received the Winter Energy Payment this year, they had an ingenious idea: ‘We got the heating subsidy, and quite honestly, we don’t need it. So I totalled it up and The Salvation Army got, down to the last cent, what the government gave us,’ laughs Jan.

She says that being able to give back, gives their life meaning. ‘When you get to retirement age, you have to seriously think about what you’re going to do with your life. Charity work is what gets us up in the morning.’