Carla Lindsey continues her series looking at songs that are part of the Christmas story. Here she reflects on Zechariah’s song, a magnificent prophetic vision that redefined salvation as greater than the here-and-now, and bigger than the future. 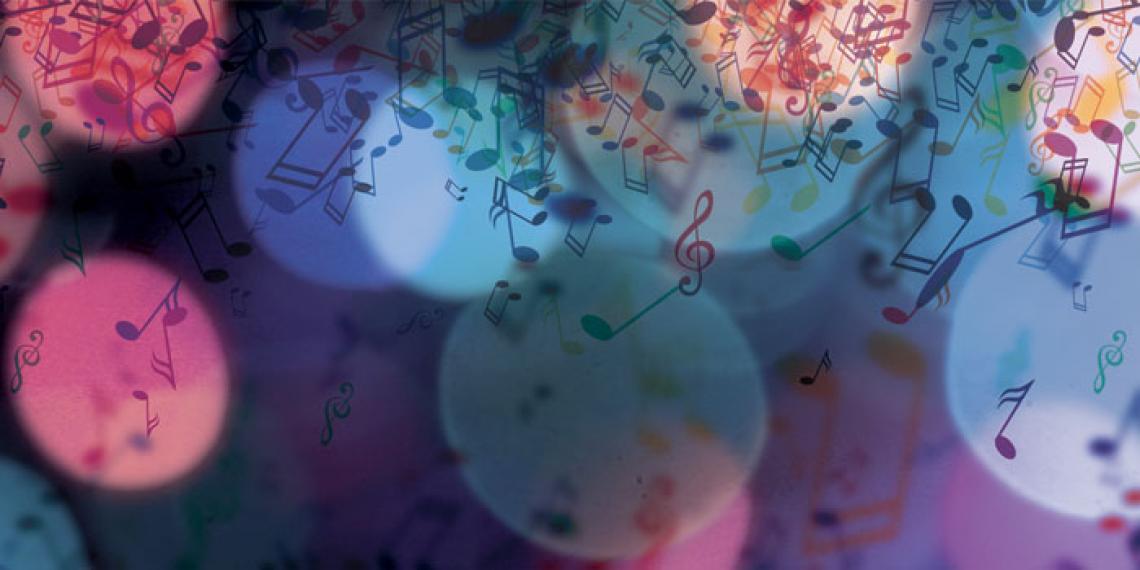 Are you saved? It’s a question that makes some people cringe. For some it conjures up unhelpful images of sidewalk evangelists preaching hellfire and brimstone. It evokes feelings of guilt, fear and failure.

For others, the question itself is a problem as it suggests a yes or no answer. You’re either in or you’re out. You belong or you don’t. If you don’t see the issue as that black and white, this question is not particularly helpful.

But it is still an incredibly important question. Are you saved? Have you received God’s salvation? We are The Salvation Army—saving people is our business. But what do we mean by salvation? It’s a question that raises a lot more questions!

We find a New Testament understanding of salvation in the Benedictus,a song sung by Zechariah, father of John the Baptist. The song, which is named after its opening words in Latin, is found in Luke 1:68-79.

In both birth accounts, Jesus’s mother, Mary and John’s mother, Elizabeth, conceive miraculously. Both impending births are announced by angels who explain the significant role that God has for the expected child. In both cases, the children are named by God before they are born. And in both cases, great joy is expressed at the new arrivals. At John’s birth, neighbours and relatives share in Elizabeth’s joy that after years of barrenness, God finally heard her prayers and gave her a son. At Jesus’s birth, it was angels who sang for joy.

It was quite a set of events that led to Zechariah’s song. It had all been too much for Zechariah that day. He had been at the temple, fulfilling his priestly duties, when an angel appeared to him. He was ‘startled and gripped with fear’ (Luke 1:12), as you would be! When the angel, Gabriel, told Zechariah that his wife Elizabeth would have a child, it was all just a bit hard to believe. Their childbearing days were long gone.

Gabriel was unimpressed at Zechariah’s disbelief, and so Zechariah found himself unable to speak until after the baby the born. Seriously, can you imagine being quiet for that long?

Elizabeth did indeed give birth to a son. And as was the custom, eight days after his birth the infant was circumcised. It seems that this was also the time when babies were named. The relatives presumed the child would be named after his father, but via a written message, Zechariah communicated, ‘his name is John’. For God had already given the baby his name. God had an important role for this child, and those who heard about the miraculous events surrounding his birth sensed this. They asked, ‘What is this child going to be?’ (Luke 1:66)

Immediately after John was named, Zechariah was able to speak again. Zechariah had been quiet for a long time. He’d had plenty of opportunity to think and reflect on what God was up to.

Immediately, beautiful words of praise poured from him. Zechariah, who Luke tells us was filled with the Holy Spirit, prophesied about what the births of John and Jesus would mean for the nation of Israel. They meant salvation.

Praise be to the Lord, the God of Israel,
because he has come to his people and redeemed them.
He has raised up a horn of salvation for us
in the house of his servant David
(as he said through his holy prophets of long ago),
salvation from our enemies
and from the hand of all who hate us—
to show mercy to our ancestors
and to remember his holy covenant,
the oath he swore to our father Abraham:
to rescue us from the hand of our enemies,
and to enable us to serve him without fear in holiness and righteousness before him all our days (Luke 1:68-75).

There are two important things to note here. Firstly, God had come. God was present with them—a very good reason to praise! Secondly, the purpose of God’s visit was redemption. To be redeemed was to be set free for a price. This is the first of four images Zechariah gives us of salvation.

Redemption paints a picture of releasing a prisoner or liberating a slave. To appreciate the significance of redemption for a Jew, we need to know a little of their story. The background to the Jewish understanding of redemption started a couple of thousand years earlier. The Jewish people had become slaves in Egypt and in their oppression they called out to God, who, through Moses, redeemed them and set them free them from their slavery.

Once in the Promised Land, under judges and kings, they continued to be oppressed by other nations, calling out to God, and God giving them victory and freedom. Later, when they were conquered by the Babylonians, Israel once again found herself captured and taken to a foreign land. Yet again, God enabled their freedom and return home. But this freedom was short lived. Next, the Greeks oppressed them, and then the Greeks were replaced by Romans.

And that’s how things were when Jesus was born. The Jews were under the thumb of the Romans. They were oppressed again. They were crying out to God again. They were wondering if God was ever going to do anything to liberate them. They wondered if God even cared. Did God remember what he’d promised them? God had told their ancestor Abraham that he would make him into a great nation through which all people on earth would be blessed (Genesis 12:2-3). God had told David, the great Jewish King, that he would have an everlasting kingdom (2 Samuel 7:15-16). But God didn’t appear to be doing so well with keeping his promises!

When Zechariah sung that God had come to redeem his people, he was saying that in a baby called Jesus, God himself was present, and that through that baby, Israel would be freed from their oppression once more. In Jesus, God was acting to save them. That was a big statement to make!

Zechariah gives us another picture of salvation. He describes it as a horn that God has raised up. A horn suggests a fighting animal, such as a bull. It was a symbol of strength and military victory. The word ‘salvation’ is a favourite of Luke’s. It means deliverance, preservation and safety. This ‘horn of salvation’ would come through David’s line, just as the prophets had said it would. God hadn’t forgotten the promises he made long ago.

So, who would they be saved from? Zechariah tells us it was from their enemies and those who hated them. For them, salvation was very much about their present circumstances. Salvation would ‘enable them to serve God without fear, in holiness and righteousness before him all their days’. In other words, they were saved to serve. Sound familiar? Salvation meant they were sanctified for service, not for sitting around.

The last of the prophets

In section two, Zechariah now turns and addresses his son, John. He answers the question, ‘What is this child going to be?’

And you, my child, will be called a prophet of the Most High;
for you will go on before the Lord to prepare the way for him,
to give his people the knowledge of salvation
through the forgiveness of their sins,
because of the tender mercy of our God,
by which the rising sun will come to us from heaven
to shine on those living in darkness
and in the shadow of death,
to guide our feet into the path of peace (Luke 1:76-79).

John would be the last of the Old Testament prophets. His task was to go ahead of the Messiah, preparing the way for him by giving people the knowledge of salvation.

Salvation is given because God is merciful and forgives sins. But what did this have to do with the Romans? This hints that salvation is far bigger than our present circumstances.

He describes it as a bright light shining into a dark place. Notice this rising sun, which brings the light, comes from heaven. This is the same word used in verse 68. Salvation is about God coming down to be with us. It’s about his presence.