Hunger for colour | The Salvation Army
Skip to main content 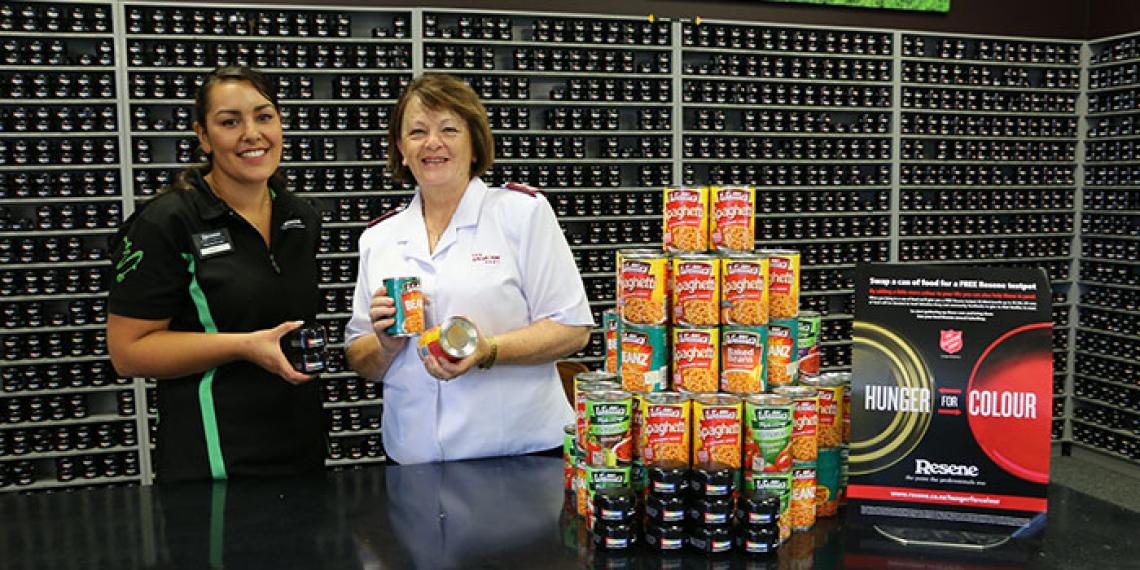 Paint company Resene and generous New Zealanders will be brightening the homes and lives of thousands this month.

The Resene Hunger for Colour fundraiser is back, for its third year helping struggling New Zealanders put food on the table and bring colour to Kiwi homes.

The initiative, which runs from 1-28 February, invites people to head to one of 66 Resene ColorShop around the country and swap cans of food for 60-80ml test pots of Resene paint. The cans are then donated to their local Salvation Army food bank.

Over the last two years, Kiwis swapped around 50,000 cans of food for paint.

'This time of year is an extra busy time for us as many families are struggling with the combined effects of Christmas, holidays and back to school costs. Our food parcels provide real relief, allowing some of the household budget to to be redirected to target debt and one-off essential costs, including back to school expenses.’

‘The campaign has generated fantastic feedback for two years running. People like donating food knowing it was going directly to help someone in need and the testpots are a popular, versatile product which encourages people to come in,’ she says.

‘The response in some communities last year was incredible. More than 1000 cans were donated at Resene’s Palmerston North ColorShop alone, with the Wanganui and Dunedin stores close behind with donations exceeding 900. ‘The stores love it, customers love it and we love it.’