Salvationists in Portugal give assistance after devastating wildfires 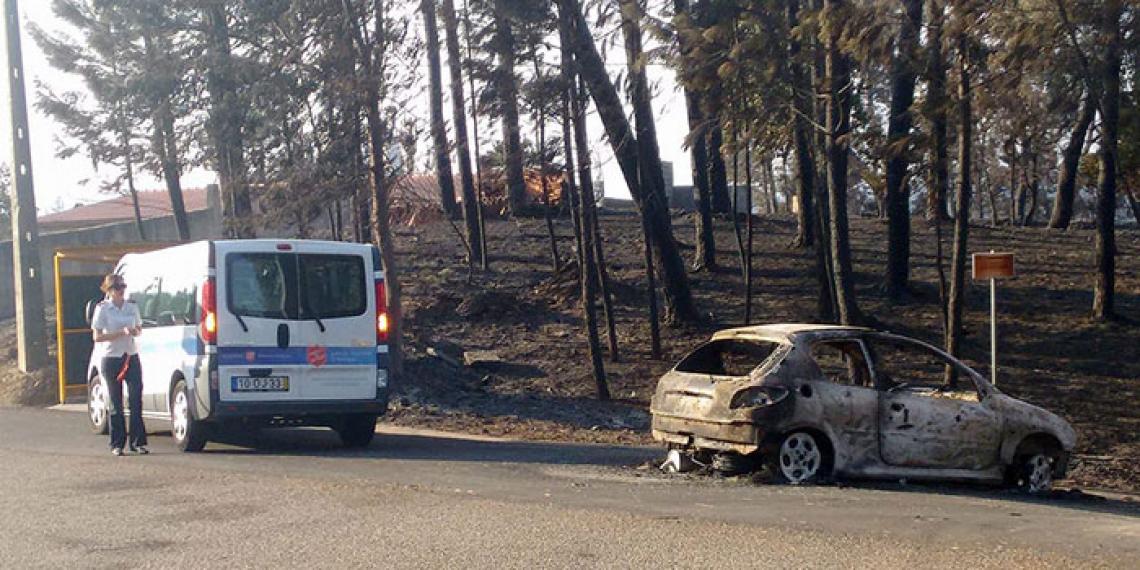 Salvationists in Portugal are providing assistance to people affected by wildfires that have killed at least 64 people and caused destruction across the Pedrógão Grande region, north-east of the capital, Lisbon.

The closest Salvation Army centre is the corps (church) at Castelo Branco, about 80 kilometres away. Corps officers Captain Fagner Castanho and Lieutenant Liliana Vaz Castanho travelled to the affected region to find out how they could assist. They took clothing to give out and some materials to set up recreational activities for the children.

Captain Castanho says: 'We arrived and drove around the centre of the city. We found the city hall, which was apparently closed, and we found some people unloading a truck with clothes at a charity shop and we offered to help. In the end we found the responsible person and put ourselves at his disposal to help in any way we could. He directed us to the city hall where the Civil Protection authorities are based.'

They found the person who was coordinating the relief efforts and offered their services. After checking the couple could drive, the man gave them the key to an official vehicle and a team of people. The captain took the corps vehicle and a team of nurses and psychologists to visit the villages affected by the fires. 'We met people who had lost family members,' he says, 'and many elderly people were desolate. It is a very sad situation.'

The captain and lieutenant made contact with a relative of a corps member who lives in a small village. He said that 11 people had died in his village including his cousin, and another person was missing. He said that there and in neighbouring villages some families had lost everything including their houses and all their belongings.

They have been asked to return to continue their work with the nurses and psychologists. They also plan to contact local councils to offer assistance. Captain Castanho says the disaster will take a long time to recover from, with many people needing new houses.

Preparing to set out again to Pedrógão Grande, Captain Castanho says: 'We count on your prayers so that God will guide us and that we can be of help to his Kingdom.'