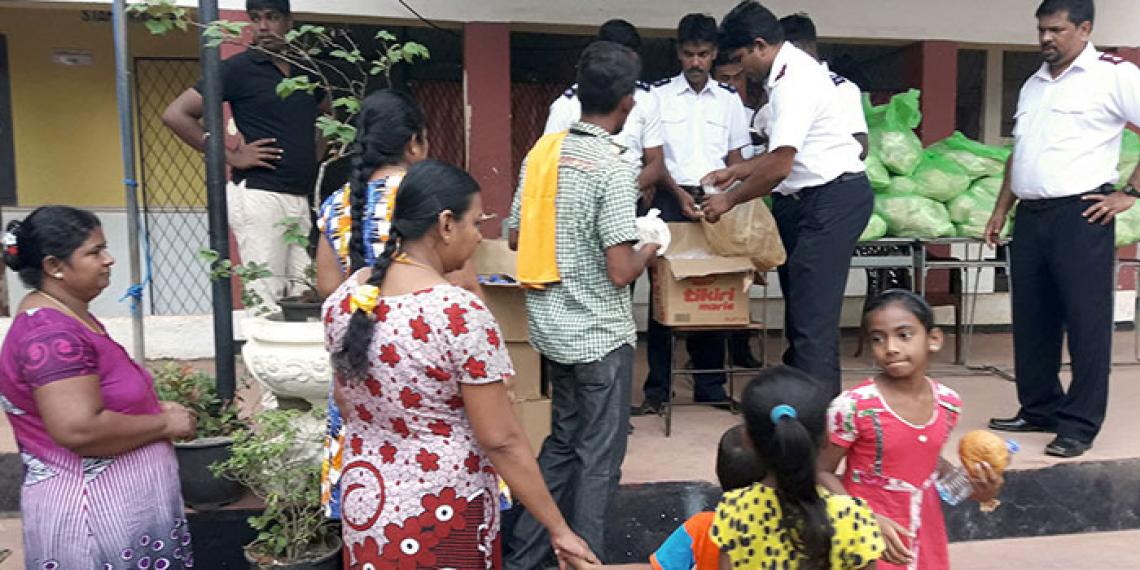 The Salvation Army in Colombo, Sri Lanka, is working alongside government and humanitarian agencies to support people who lost their homes when a 90-metre-high waste dump collapsed, engulfing more than 100 houses. At least 29 people were killed in the disaster, which happened on Good Friday – also, by rare occurence, the Sinhala and Tamil New Year. A further 30 are reported as missing.

The Salvation Army has provided meals for approximately 550 people. More than 1,000 whose homes were either destroyed or weakened are being housed in local schools and with family and friends. Government emergency workers continue to work on clearing the disaster site, and a spokesperson said the dump will be relocated.

Major P. Ranjith Senaratne, leader of The Salvation Army’s Western Division, says the tragedy will impact people’s lives for years to come. ‘Many people are in shock,’ he explains. ‘Salvation Army officers have been on hand to talk with victims as well as provide for their immediate needs. Some have lost loved ones and many have lost their homes and need our support, both now and into the future.’

Alongside other organisations and government agencies, The Salvation Army will work towards the provision of a longer-term solution to the problems created by the dump’s collapse.