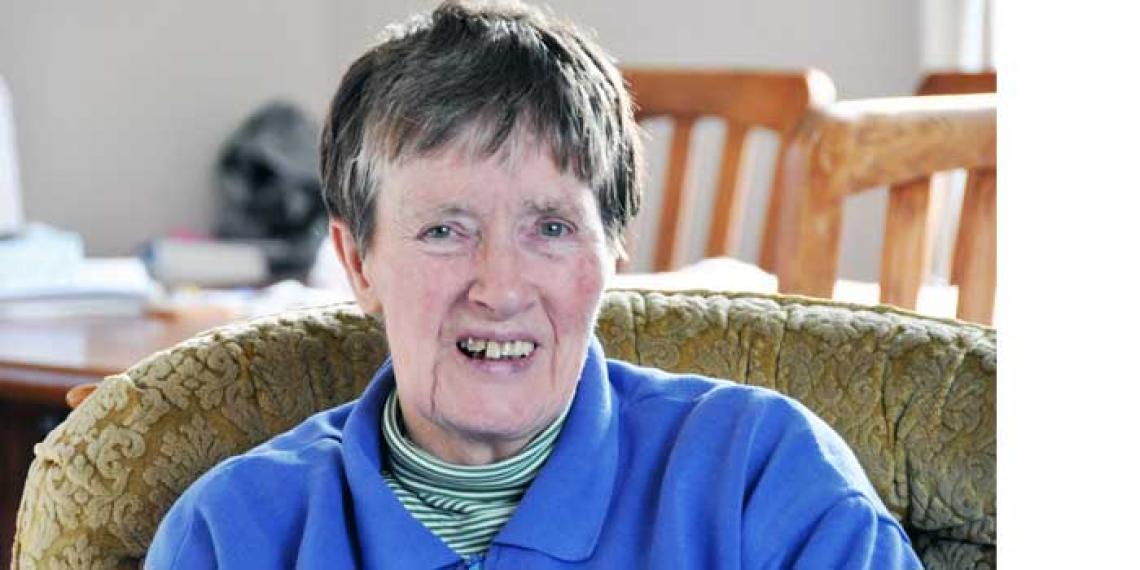 I was born almost 70 years ago. I grew up in a large family, on a farm 20 minutes south of Wanganui.

We moved into town when I was 13. I wanted to be ‘Elizabeth Taylor’, like the film star, but my mother didn’t like Elizabeth Taylor’s morals. So I wasn’t allowed to be an Elizabeth. I was Betty.

At 19, I started training as a nurse at Kimberley Hospital in Levin, which was for people with intellectual disabilities. I’d been very involved in the Methodist Church. Jesus was very real to me and I had a good relationship with him. But the staff at Kimberley were into going to hotels and drinking, so I forgot about God and got into that culture. I think a lot of our drinking was to forget about what was going on at the hospital. It was a very harsh environment. I didn’t continue with my training and became a nurse aid.

After that, I was determined to be a missionary. I went to a ‘Boot Camp’ with New Tribes Mission, but decided that while being a missionary was a good idea, it wasn’t for me. It was all about me at this point; it wasn’t about God.

I moved to New Plymouth to live with my sister and brother-in-law, and worked in an old people’s home. Some vaccinations I needed for work seemed odd. The matron said the extra ones were because some nurses went out on the boats to make extra money [as prostitutes]. I thought, ‘I’m not going out on the boats!’ But I did do that a bit. I was still going to the pub a lot, too. My sister told me I needed to settle down because I was a bad influence on her four girls.

One day I was biking when I felt God’s presence. I yelled, ‘Leave me alone!’ That night I was meant to go out with a friend, but when she knocked on the door, I ignored her. Instead, I lay on my bed, and it was as if God showed me everything that was wrong with my life—like a movie. I never went back to drink at the pubs or on the boats after that.

One Sunday morning, as I went up to put some money in the plate for the missionaries, I found myself on my knees. I was soundly converted that day. I asked Jesus to be my saviour and my friend and to forgive all my sins.

As I got more involved in the Army, I did my best to ignore the call to become an officer (minister), but I couldn’t. I had an interview, got the application forms and did my lessons, but I hadn’t made a real commitment. I was in the sluice room one day at work and said to God, ‘I don’t think I’ll go.’ And I heard an audible voice say, ‘If you don’t go then I’ll send someone else.’

I got on my knees and said to God, ‘Alright then. I’m going!’ I said it was entirely up to him—he’d have to get me through. And God kept on getting me through for the rest of my officership.