All of it, not just a bit | The Salvation Army
Skip to main content

Home / Church Community / Articles / All of it, not just a bit

All of it, not just a bit 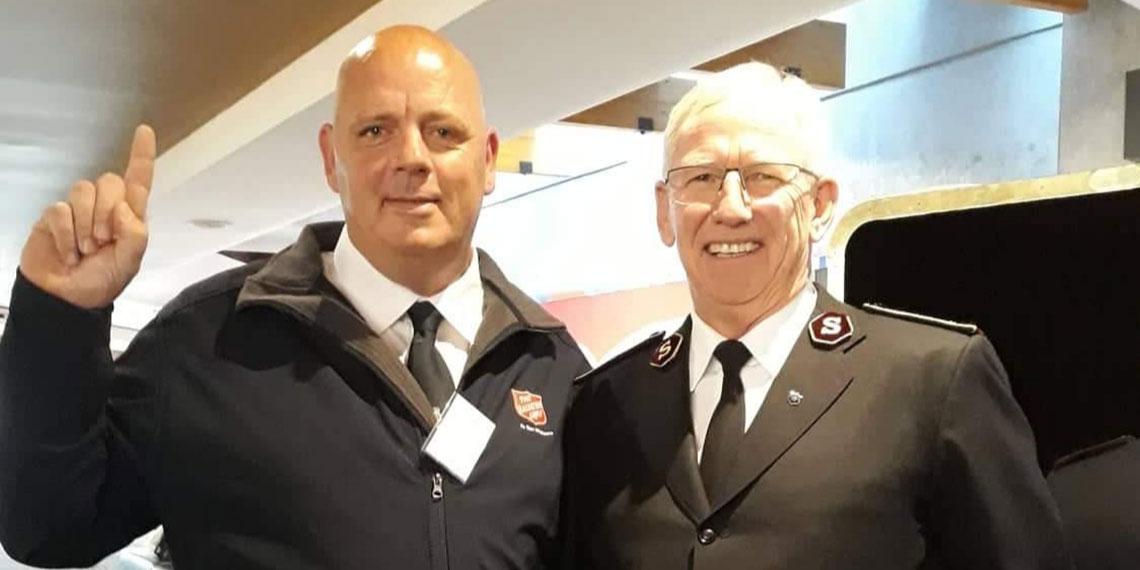 After growing up in neglect, struggling with addiction and spending time in prison, John Bruce has since given his life to Christ and found a family in the Sydenham Corps.

I grew up in welfare; I was placed in a home when I was four, but it was quite violent. I left at a young age and was a street kid in Hamilton for some years, living in and out of boys’ homes. I then spent time in youth prison, corrective training and adult prison; it was a natural progression from youth to adulthood.

When I was released, I was in The Salvation Army’s Men’s Supportive Accommodation in Christchurch. The hospital drug tested me to check my med levels and found a multitude of different drugs in my system. It was time to get straight and clean. One of the staff members asked if I wanted to go to church. I tentatively said ‘yes’, went to a service and I gave my heart to Jesus.

Three weeks later, at the church I had been going to, I witnessed how the pastor was only acknowledging the wealthy side of the church. I went looking for a church that was inclusive to everyone and found Sydenham Corps. I’ve been there ever since. It’s a beautiful family we have going there at Sydenham.

I started drinking methylated spirits when I was nine, to numb out all the abuse that had happened. My addiction progressed from there, until I gave my heart to Jesus. After that, I gave up swearing, got rid of all my associated clothing from Mongrel Mob, and slowly went off my medication with the help of my doctors. Soon, all that was left to give up were cigarettes, as I was still quite a heavy smoker. The morning I got made a soldier, I had a few cigarettes, went into church and I’ve never had one since.

If you had told me all those months ago that I would be taking people for bible study, I would have laughed at you.

I have just been put on the leadership team at Sydenham Corps, so I am looking to get some experience with sermons, plus I am leading a bible study. If you had told me all those months ago that I would be taking people for bible study, I would have laughed at you. I also supervise a group called DALTA (Deliberate Acts of Love To All), taking volunteer men from around Sydenham to do jobs—like gardening—for the community.

I am connected with Navigators as well, and they are quite big on memorising scripture. That is really strengthening my faith. One of my favourite verses is Proverbs 3:5–6, ‘Trust in the Lord with all your heart and lean not on your own understanding; in all your ways submit to him, and he will make your paths straight’. That proverb is so small, but so powerful. It doesn’t say a little bit or when you feel like it, but ‘with all your heart’, completely and with everything.

If you give your heart to Christ, that is a renewing of you. It is about looking past the lies that a lot of people have told themselves as young kids and replacing it with the truth. I can relate well with the homeless, the addicted and the broken people. I hope that in time I can go back to these people and show them there are different options. I want to give back what I have been given and lead others to Christ.