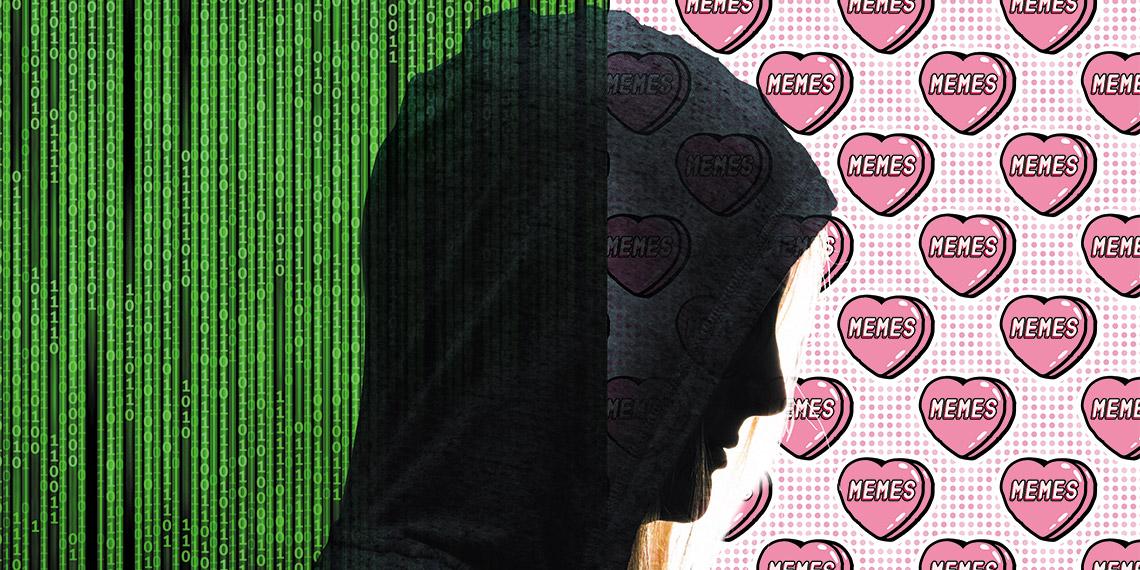 Life has changed for us all, but have the effects of Covid-19 been different for younger generations? A ‘Millennial’ reflects on the outcomes of confinement on his generation and the generation following—Generation Z.

There she is, sitting in the comfortable chair next to the heater, a balled mound of human—hoodie up, blanket draped over curled legs. The dim glow of the smartphone’s screen makes the slight frown on her face barely visible. The first half of 2020 will be defined by that posture. We might as well build a statue of it and place it in the town square—not that we really have town squares anymore, not that anyone will go out to see it. They’ll all be stuck in that zombie-like gait with bodies, highlighted by that familiar blue-light glow which seems to create more darkness than light. This is what we’ve come to. These younger generations are missing the world that’s going by.

Wait… what am I saying? I’m only 37. I’m a proud Millennial. I have a phone. I sit like that too. I can’t remember the last time I took notice of a statue. These Generation Z kids are different, though.

I knew the world before the information age. I knew what study looked like before Google. I knew the world before social media. I lived 20 years without my own phone. I know what the dial-up connection sounds like. I remember when the Thomas the Tank Engine theme song didn’t make me think about a guy pouring lemons out of a LIFE cereal box and saying, ‘Well, when life gives you lemons’. Back in my day…

Oh, no. I said, ‘Back in my day’. This lockdown is turning me into my parents. I’m becoming a boomer!

The World(s) We Know

I was born in 1983. I’m an elder Millennial (born between 1980–1994). The context of my world has been one of globalisation, relative economic stability (if we ignore the housing crash of 2008), and the emergence of the world wide web. The lockdown, for me, has been a challenge in all three of these contexts. Globalisation happened because the world started realising that its economies, cultures and populations are all interconnected, largely due to the broad cross-border trade. Everyone has been in one big economic partnership.

I have lived a life with a fairly stable economy, but I don’t know what’s going to happen to this, after all is said and done. The internet though, that’s a trusty, solid part of my world-view. Nothing could go wrong with that. I’m all good!

The context of my Generation Z younger brothers, sisters, nephews, nieces and youth group members and the kids to whom I say: ‘I remember you when you were this big’, is quite different to mine. This generation is made up of those born between 1995 and 2010. They grew up in a world of many worlds. They are mobile and exist in a multitude of realities. You see, I saw the ‘real world’ and the ‘internet’, they just see different worlds—there aren’t two for them, there are an infinite number. They aren’t just digital navigators; they are digital natives. They speak different languages all together—I call it, ‘speaking in memes’. They exist within a variety of social networks. These are defining factors for their worldview.

During lockdown we Millennials struggled with the very things that have created the world that we understand. Most Generation Z people will feel like little has changed. Most of their worlds still exist.

Context creates natural consequences. You see, our beliefs are shaped by our contexts. Our beliefs are what inform our behaviours. Consequently, Millennials and Gen Zeders (that’s what I’m calling them now, k?) have different behavioural structures.

As a globalist who sees the whole world as one—well, not really one, it is more like one giant thing made up of many little things—I behave in a way that reflects my understanding that the world is quite big. We are all connected. We aren’t so different (you and I). What I do affects what others do.

I also question everything. I even question the answers you give me to the first question I asked. I deconstruct everything, always. What am I trying to achieve? Most of the time, I don’t even know. All I know is that when we discovered that the entire universe didn’t revolve around us, we were opened up to a whole bunch of stuff that we thought wasn’t possible. For example, being an American taught me that if you walk around outside with no shoes on, you’d die. Something would get you. When I moved to New Zealand, I discovered that there is an entire people group who just don’t wear shoes. They are called ‘Kiwi’. I had to question my beliefs. If that was wrong, what else might be wrong?

The globalisation and questioning existences also led me to be very oriented to self. Interestingly, as soon as we discovered that the world didn’t revolve around us, we gave ourselves permission to act like it does. I tend to think about everything in terms of its effect on me. I wouldn’t call it selfish, but I don’t spend a lot of time saying insulting things to myself.

What about the Gen Zeders? They don’t think globally, they think more in a multiverse kind of way. They don’t see themselves as one thing, and other people as another thing. They don’t put themselves into categories. Instead, they seem to be insisting that no one is anything. They are threatening to completely do away with all the labels that my parents established, that I questioned over and over with no end in sight. They are the ‘unidentified’ generation. The older you are, the more you will struggle with that behavior. You’ll believe that they are destroying all the constraints and clear lines you spent your life protecting. Well, they are. They are proud of it. If you tell them off for it, they will just say, ‘Okay, Boomer. Go back to Facebook’ (yeah, apparently Facebook is for old people… like me. I’m on Facebook). For them, it isn’t a deconstruction (that’s a Millennial thing). For them it is simply a strategy of ignoring things that we really don’t need.

They also thrive on communication rather than just questioning. They communicate all the time. I worked with a group of teenagers (not that they would label themselves that way) in an appointment I was in. This group talked all day and night. They went to school together. They all had smartphones. They were all logged into Discord (a communications app) all day. They would message each other all the time. They always knew where every other person in that group was. They always knew what was going on. They were always communicating.

You know what else is weird? They would rather have a conversation about something than just be told what the zero-consultation decision is. They would also rather have dialogue than conflict. Weird, eh? Other generations may have a hard time understanding why people would need to know the process by which you came to the conclusion about something that affects their lives, why a once-per-year review meeting isn’t enough to satisfy a Gen Zeder. I know this is a problem with us Millennials, too. But, trust me, that had more to do with us just being mad about everything. Gen Zeders, on the other hand, actually want to know. They want to talk. They want to have open and consistent dialogue.

During lockdown, I’m struggling with my identity in this globalist world. I have had to lean back on the labels that I’ve spent my life challenging and questioning. I’ve had other questions answered which just leads to further questions. Gen Zeders will be struggling with a feeling of loss of face-to-face communication. They won’t enjoy the social media battles because true dialogue is quite difficult in these forums.

As a Millennial, I consume experiences. After all, experiencing something is the only real way to answer many of the questions I have. Millennials travel. We want to experience the world we’ve discovered.

I also want to consume innovations and new ideas and ‘flagships’! I want to re-conquer the world!

Gen Zeders, due to their context and behaviours, have different desires in the things they consume. You see, they want uniqueness. They want unlimited. They want quick. They want ethical.

They want to feel valued for their individuality. Let’s not confuse this with the individuality of the previous generations. We’re all using the same word to describe something very different. To a Gen Zeder, they have a name and a story and they just want to be heard.

They also want to be part of making a difference. They will pick a product because it is ethical. They will stand behind a brand because that brand stands for something good. They will refuse to put money in a bucket, but raise awareness and resources for the same cause from the comfort of their arm chair by the heater.

I’d like to suggest that we Millennials would be struggling much more with a lockdown than Gen Zeders. But… maybe that’s what every generation believes about their plight in life in comparison with others.

How are we all going to get through these levels of lockdown? How is it going to change us? How are the younger generations going to be affected by all of this? Well… maybe we should all get up from the couch and talk to one of them about it. We might be pleasantly surprised.