It's a Wonderful Life | The Salvation Army
Skip to main content 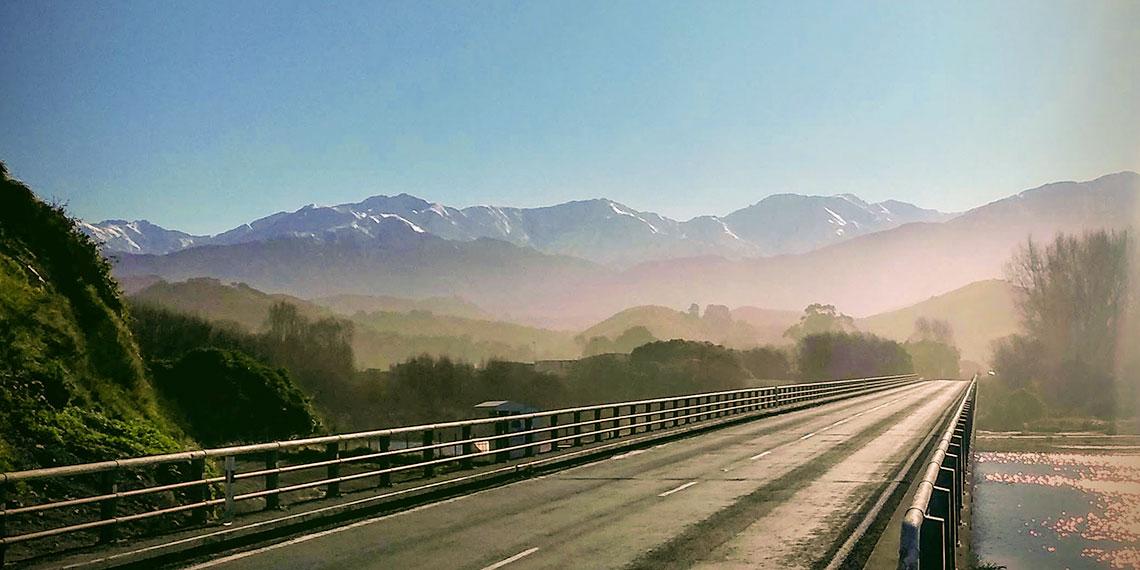 Life for Ivan Miller is literally about ‘putting one foot in front of the other’. The son of Salvation Army officers is on a mission to walk the length of New Zealand to raise mental health awareness. It’s a very personal journey, that he tells in his own words …

I had a very strong feeling that I was meant to go on this walk—call it spiritual or something like that. I am a spiritual person. The purpose is to get people talking and to connect with anyone that wants to talk about mental health—so I called it a ‘Walk for Life’.

I started at Cape Reinga at the beginning of the year and am making my way down to Stewart Island. Then, I am heading back up through the West Coast and ending up at Cape Reinga where I started.

It’s literally a matter of putting one foot in front of the other—I find so many metaphors for life through walking.

I have never been a walker and really didn’t know how to prepare. The first destination was Ninety Mile Beach. I was so unfit and my pack was so heavy, I had to stop every 100 metres, panting. I could only walk five minutes at a time. Those negative voices started coming back: ‘You can’t do this’.

When I finally got to the campsite I got rid of a whole lot of stuff from my pack. I had learned my first lesson: we all have to carry a burden, but we can get rid of the things we don’t need to carry.

That very first night, I woke up in my tent at three in the morning and I was wide awake. I said a very short prayer, ‘Thank you God, thank you’, and that was all I needed. I felt very sure at that moment that I was going to be able to keep going, and that I was there for a reason.

Within a month, I could easily walk up hills without panting. The longest walk I have done in a day is 44 kilometres, and I did two in one week. I thought, ‘Wow, I’ve done two marathons in a week’.

My own struggle with mental health began when I was about 13 and I was sexually abused. It had a huge impact on my schooling. My parents had just broken up so it was very tumultuous at home.

At 18, I escaped to Australia so I could hide my problems. I distracted myself with a lot of drinking and drugs. By the time I was 21, I was a speed addict, shooting up every day.

I realised that I was not going to get to 22 if I kept going, so I called my brother back in New Zealand and he brought me home.

I voluntarily put myself into rehab at The Salvation Army’s addiction service on Rotoroa Island. It was a bitter-sweet experience. We were encouraged to get real and tell our stories. But it was 1992, and I am gay, and I was asked not to talk about it—the feeling was that it would make others feel unsafe. So, I had to edit my life, and that made it hard to get to the root of the problem.

Growing up, I had to hide who I was. I remember at the age of 15, signing the petition against homosexual law reform, simply so that no one would know I was gay.

But there were really lovely people at Rotoroa Island and I had time to rest. I made my first tentative steps to talk about my sexual abuse with a counsellor—I actually made up a story so that I wouldn’t feel it, but I was testing the waters. Rehab helped me to forgive myself, and it gave me enough skills that I never went back to hard drugs.

But I didn’t like myself for a long time. I was still using alcohol as a means to distract myself and I drifted back to Australia.

I was living in Bundaberg in a hostel, working on a tomato farm. A neighbouring hostel was set on fire and 15 people died. That’s when the post-traumatic stress was triggered. I would wake up at night sweating, thinking our hostel was on fire. I started having these flashbacks of the abuse—I had never forgotten about it, but until then had been able to push it out of my mind.

I found myself wishing I had been in the fire. It just became overwhelming. So, my brother rescued me again and helped me come home.

I went to live with my dad Dusty Miller, a retired Salvation Army officer, in Blenheim—we hadn’t talked a great deal for about 15 years. But I found that we actually quite liked each other. We started going fishing together and I realised that I wasn’t rejected like I had thought.

But the flashbacks got worse and I couldn’t sleep. They could be so bad I would collapse and be physically sick. Finally, I couldn’t keep it to myself anymore. I told my sister about the sexual abuse. She encouraged me to tell dad.

Once I had opened Pandora’s Box, I had a full breakdown. The day after talking to dad, I woke up and felt like I was floating off the bed. Everything became very unreal. I walked a few blocks into town and realised I had forgotten how to get home again. I didn’t know what was happening to me.

It took about a year before I ended up in the mental health unit. I was just floating in space. I took a trip around the North Island—thinking that this was my suicide note in 3-D; I would say goodbye to everyone I loved.

But after seeing my mum in Wellington, I couldn’t stop crying for days. I told my psychologist that I didn’t feel safe and I needed help. I was suddenly in the mental health unit, very heavily medicated.

Rehab helped me to forgive myself, and it gave me enough skills that I never went back to hard drugs.

The road to recovery

I had a friend that I met in the unit called Graham—we would often just hang out and watch TV together. Sometimes he would carry me, and other times I would carry him.

He was the one that suggested we sign up to study together at the Nelson-Tasman Institute of Technology.

That was the beginning of my real recovery. It gave me structure and the learning was wonderful. I met new people who didn’t know my story, so it felt like a clean slate. I started to come off some medications.

Sadly, as I was going up, Graham was going down. I took him out to the pub to play pool and hang out. At the end of the night, I said to him. ‘You’re going to be fine, aren’t you?’ He assured me he was okay. The next day he took his own life.

At that point, I really committed to not letting that happen to me. So, I re-enrolled the next year in my studies, I got a job to support myself and I really disciplined my sleep.

I attended group therapy in Dialectical Behaviour Therapy. It taught me to stop focusing on the negative and dig deep to find the positive.

I changed my position from hurling abuse and blame at God with these bitter prayers of anger, to trying to find one thing about the day that had been good. It was a change of mindset and change of focus. It’s something everyone can do, because it makes people kinder and more connected.

I graduated from NMIT with a Bachelor of Arts and Media.

Listening to the Spirit

I don’t usually have a full beard like I have now, but I thought I would go full Forrest Gump for my hikoi. As I walk, I find myself listening for that spiritual voice.

At one stage I desperately wanted to avoid a mountain climb, but something kept me coming back to it. So I made my way up the track, and I heard this voice, ‘Is someone there?’ This old man appeared from out of the long grass, looking a bit feral with a dreadlocked beard.

He had an old, mouldy, broken-down caravan, full of rubbish, and he invited me in for a ‘brew’. He poured me a drink in this old stained cup and mentioned the ‘outside rats’ had got to the biscuits.

Then he told me his story of how he had been attacked about 10 years ago and was left in a coma with a head injury.

I left there very humbled by his kindness. I learned a lot about myself and about making judgements. I knew I was supposed to meet this man.

My Walk for Life has really been a journey of connection. I have had so many conversations about mental health. Everybody has a story to tell.

I am full of wonder every day, as I sit in Kauri forests listening to the sounds of the trees, as I watch the sunset every night, with nothing to distract me. I find that it’s a wonder-filled, wonderful life.