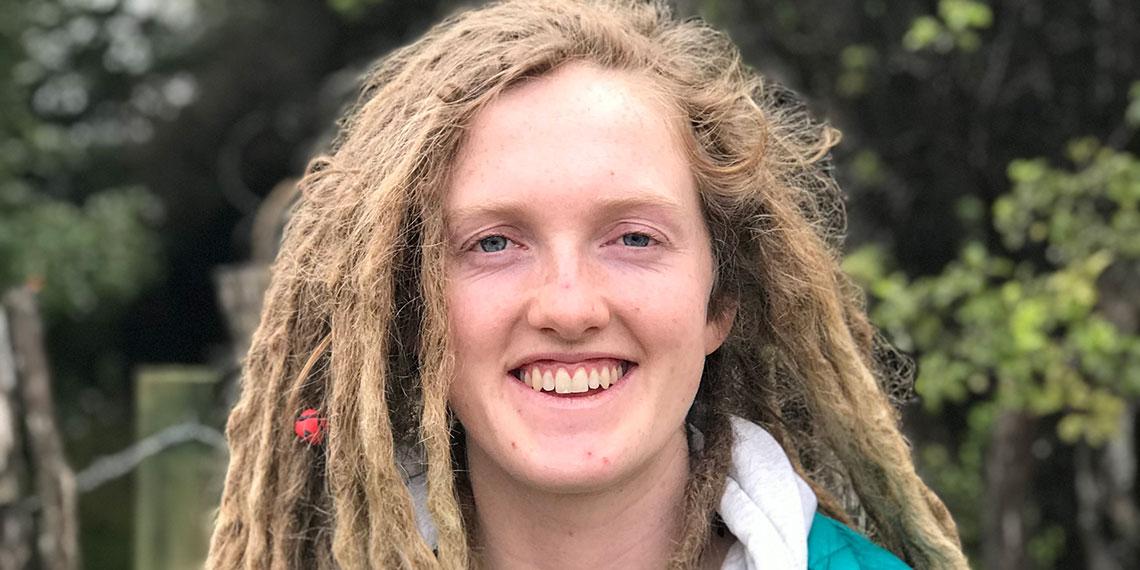 Rosemarie Keen is an instructor at Blue Mountain Adventure Centre. She shares with us part of the journey to how she got here…

I was born in Winton and grew up on a farm. I am the eldest of six kids. My parents became Christians when I was three. One of my best friends invited me to the kids programme at the Army and I ended up going along with her and making a bunch of friends.

I’ve always believed in God. When I was a kid, my dad was healed of two burst disks in his back after he was prayed for. One minute my dad could hardly move, and suddenly he’s racing me to the car—he won!

When I was 13 years old, I went to Peak camp at Blue Mountain Adventure Centre (BMAC). I didn’t go back to BMAC until I was 17—the last year you could do Peak. It was just before my last year of high school. Instructor Dan talked to me about their internship and Aoraki (now Ara) Polytechnic, as I was considering studying too.

My back-up plan of working for my parents didn’t really work out, so I applied for a bunch of different jobs. Every job I applied for, they said ‘no thanks’. After continually being told no, I got really stuck and ended up with bad social anxiety and depression. One day my dad asked me to head to town to pick something up, but I had a big anxiety attack. I ended up going to the doctors and being put on medication.

Later I applied to Polytechnic and I honestly thought I wouldn’t get in—my self-belief was so low. It was the most nervous I’ve been, but I got in!

I shifted to Tīmaru and had the best year of my life, including getting off my medication. During my second year, I was talking to Layton—he’d been a year ahead of me at Aoraki and was working at BMAC—and he told me they were looking for a female instructor.

Working at BMAC as an instructor was my end goal, so I applied. They said, ‘we’d love to have you’. That was in May, so when my course finished one Friday that November, I made the two-day drive to BMAC and started work on the Monday.

My gap year was the hardest. Jeremiah 29:11 says God has a plan for us. I thought that God would just lay it all out for me. But I came to a realisation that we have to step out and try things. We have to try and see if the doors are open or not. My gap year was me trying a bunch of doors and realising the door he opened was way better than I could have imagined.

Growing up I never felt limited because I was a girl. I would say, ‘I can do that because I’m a girl—I will prove you wrong.’ I feel really sorry for girls who put limits on themselves. I see girls come to camp and hang at the back— letting the boys do stuff—because they don’t feel capable.

I think girls get the most growth out of outdoor adventure stuff, so I’d love to have an all-girls camp. It would be a cool atmosphere to have a bunch of girls supporting each other, journeying through challenging times and pushing themselves, together.