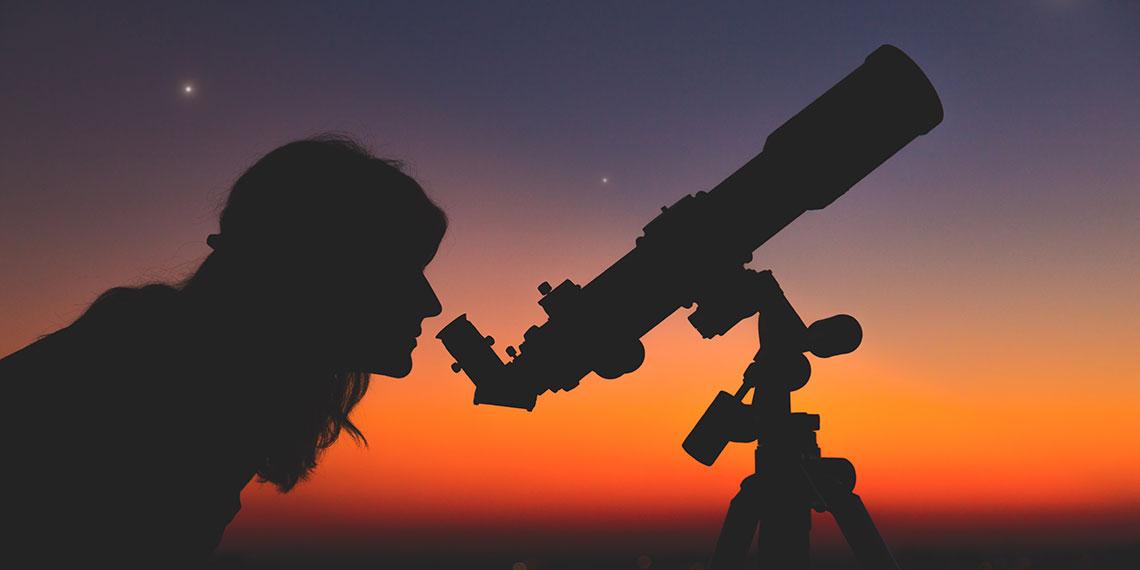 Matariki celebrations are becoming more widespread across New Zealand. Māori Ministry in the Northern Division has embraced Matariki as an important time for reflection, remembrance and consideration of future aspirations. But what is Matariki? And how can celebrating Matariki ‘bring life’ to Māori within The Salvation Army?

The night sky has provided humankind with a detailed directional map, since before a star led the Magi to the birthplace of Christ. Ancient mariners traversed oceans guided by signposts studded into the darkness. Our ancestors planted and harvested according to the clock and calendar in the sky. The revolution of the sun around the earth and the phases of the moon altered the night sky’s appearance, heralding the coming and going of the seasons, migration of fish and birds, and other cycles of birth, life and death.

It’s little wonder ancient Romans, Greeks, Egyptians, Vikings, Celts, Arabians, Japanese, Hindus and Polynesians (to name just a handful of people groups) worshipped the celestial objects of the skies as gods. They could never have imagined a life not governed by the wisdom contained in the stars. In our twenty-first century world of artificial light and digital time keeping, looking up is more novelty than necessity.

For those who choose to look up anyway, there’s much to see and celebrate. Here in Aotearoa, the rising of the star cluster known as Matariki (the Pleiades of the South Pacific) on the darkest night of the year, heralds the dawn of the Māori New Year. Matariki is visible for most of the year, but sets in the west for a month in early evening during May and periodically in early June, rising again in the predawn sky of June or July.

Therefore, in the early morning when Matariki is
Seen rising, this is the sign of the new year.

Māori Ministry Kaiawhina Irene Farnham explains how Te Ope Whakaora celebrations of Matariki in the Northern Division over recent years have been a source of immense pride for participants.

‘I could see the pride on the faces of those who did the mahi (work) to hold celebrations in Auckland. For Māori across a variety of services within The Salvation Army who are connecting with Māori Ministry, Matariki is a great way to come together and celebrate being Māori. It’s a tangible way of ‘bringing life’ for Māori engaging with Te Ope Whakaora.’

Irene’s words are echoed by Dr Rangi Matamua (Tūhoe), author of Matariki—The Star of the Year, who affirms that Matariki (or Pleiades) is recognised and celebrated as ‘a symbol of cultural identity for communities, tribes and nations across the globe’.

Dr Rangi explains that traditionally Matariki ‘signalled the changing of the year, and its pre-dawn rising heralded in a period of remembrance, reflection, hope, preparation and celebration for Māori’.

For Māori Ministry in the Northern Division, Dr Rangi’s description encapsulates how Matariki is being celebrated. ‘Celebrating Matariki in The Salvation Army has been about acknowledging the Māori New Year and engaging with what that represents,’ explains Irene.

‘Matariki gives us an intentional time for reflection as we look back on what the previous year has held for us. What successes can we celebrate? Relationships are so important to us as Māori Ministry, so we ask what new relationships have been built? People come to Māori Ministry through a variety of Salvation Army services, so we acknowledge how far people have come in their various individual journeys. We think about the relationships Māori Ministry have been able to build across the board.’

The National Māori Ministry Strategic Plan—Te Ōhākī—consists of four goals for The Salvation Army to work collectively toward. Captain Hana Seddon explains that, ‘Matariki and the Māori New Year offer us the opportunity to take some time and look at how we are tracking with these goals—celebrating our progress and renewing our strength to go further!’

Irene also explains that ‘a very special part of Matariki is acknowledging those who have passed on. We think about those who may have died, but also those who aren’t part of what we are doing anymore. Some have moved onto other places of mahi. We allow space to acknowledge those relationships and reflect on how important people really are’.

Like many ancient civilisations, astronomy was an essential means of measuring time and seasons for Māori. It’s important to note and understand that maramataka Māori (the Māori lunar calendar) governs the Māori seasons and year. Dr Rangi observes that ‘the Western calendar and Māori maramataka are different, and that the Matariki period should not be aligned with a non-Māori system of time.’

Dr Rangi explains that, ‘Māori astronomy experts, tohunga kōkōrangi, would observe the sky from sunset to sunrise, noting the appearance of the stars … This detailed knowledge was taught to a select few via whare kōkōrangi, or the Māori astronomical house of learning. It was within the confines of these institutions that students were taught the names of hundreds of stars and constellations, their meanings, their signs and their connection to the activities of man on the earth.’

However, like many cultural practices, Matariki was significantly affected by colonisation. Early Pākehā ethnologists and historians recognised what was being lost and endeavoured to capture and record Māori star lore at the turn of the nineteenth century. Dr Rangi summarises this attempt.

‘When the first European settlers arrived in Aotearoa in the late 1700s and early 1800s, they were astounded by the large amount of astronomical knowledge maintained by Māori. It was widely recognised that Māori knew much more about the night sky than their European counterparts, and their ability to observe distant nebular and other objects with their naked eye was unequalled.’

However, the arrival of Europeans with their Gregorian solar calendar did not easily align with the Māori system of time. Readers of New Zealand author Eleanor Catton’s award winning novel The Luminaries (now a television series available at TVNZ On Demand) may be able to appreciate something of the impact of this clash of astronomical thinking. Sadly, by the middle of the twentieth century, adherence to Matariki was virtually non-existent.

Rangi notes that fortunately some aspects of the practice of Matariki were incorporated within Māori religious movements—like the Ringatū faith—but it wasn’t until the early 1990s when a movement was established to revitalise Matariki.

‘Matariki underwent a revival, spearheaded by interested Māori groups and iwi such as Ngāti Kahungunu in the Hawke’s Bay. A new celebration was then founded in Wellington and hosted by the Museum of New Zealand Te Papa Tongarewa, which included a number of high-profile events with public lectures, cultural performances and the viewing of Matariki in the predawn sky. This in turn ignited widespread interest in this celebration, and since that time, Matariki has become part of the national conscience.’

In 2020, the Māori New Year is celebrated in various ways across the country and continues to grow as understanding of its significance is reclaimed. In the Northern Division, Māori Ministry has embraced Matariki celebrations, but Covid-19 has affected planning and possibilities for 2020. In recent years, the coming together of Māori under the banner of Te Ope Whakaora to celebrate Matariki has gathered momentum.

Rangi acknowledges that Matariki ‘has different meanings for different people’, but suggests that ‘in a new age it has become a marker, not only of culture but also of national identity’.

The Matariki star cluster is of course mentioned three times in the Bible—twice in the book of Job, and again in Amos 5:8:

He who made the Pleiades and Orion
And changes deep darkness into morning,
Who also darkens day into night,
…The Lord is His name.

It’s worth noting that in the Northern Hemisphere the birth of Jesus is celebrated at the exact same point on the lunar calendar as Matariki. Our geographical location at the bottom of the Southern Hemisphere means that we miss the deep symbolism of Christmas being celebrated at winter solstice—with the light coming out of the darkness—because we celebrate in the height and heat of summer. Matariki provides an invitation for Karaitiana (Christian) Māori to bring Ihu Karaiti (Jesus Christ) to the forefront of celebrations.

As Dr Rangi concludes: ‘Matariki is more than a cluster of stars that marks that changing of the season and the winter solstice. It is more than an environmental indicator that predicts the new season’s growth, and it’s more than a symbol of unity, togetherness and hope. Matariki is greater than its connection to new life and its remembrance of the deceased. Matariki transcends boundary, religion, political agenda, and even race … These stars served a purpose for the ancestors of the Māori, and in this modern society they have been revived, taking on new meaning for a new generation. Perhaps the future of Matariki is best portrayed in the following proverb—Matariki ki tua o ngā whetū: Matariki of endless possibilities’.