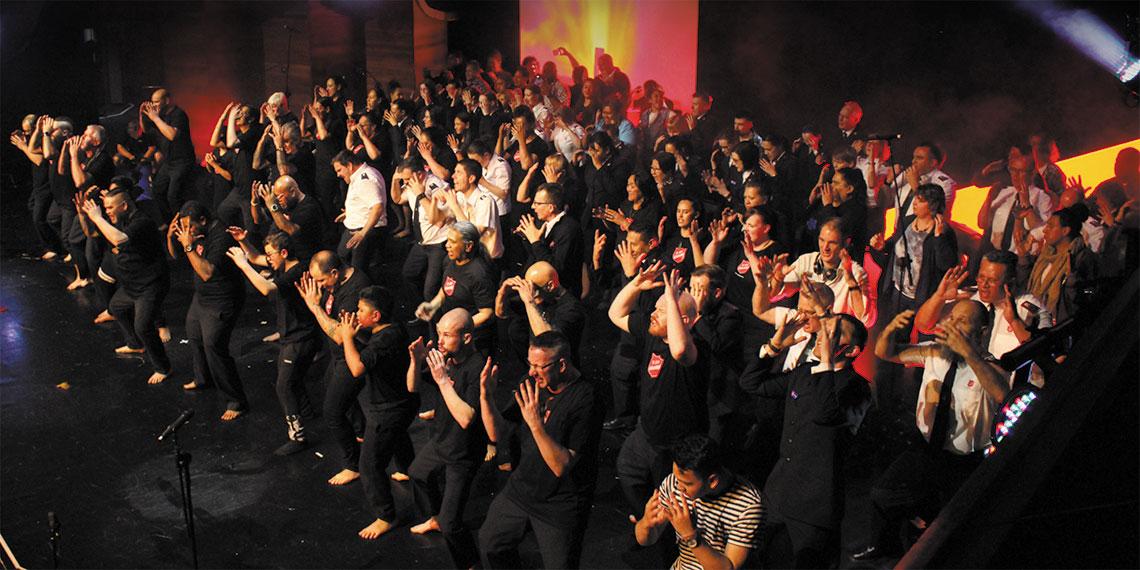 By Hana Seddon and Libby Wilson

Te Tiriti o Waitangi/The Treaty of Waitangi is Aotearoa New Zealand’s founding document. It was first signed on February 6, 1840 by representatives of the British Crown and Māori chiefs on behalf of their hapū (kinship group). Two versions are accepted: a Māori text signed by more than 500 chiefs which is often referred to as Te Tiriti o Waitangi (or Te Tiriti) and the English text, known as the Treaty of Waitangi (or the Treaty) with just 39 signatures. Under law, both texts are recognised and both may be referred to as ‘the Treaty of Waitangi’ or as ‘the treaty’, however the two versions have significantly different and debated meanings.

The iconic ballad ‘More than Words’ was released in 1991 by the band Extreme. It was an immediate hit with fans who resonated with the song’s simple message—actions speak louder than words. The message of that song is connected to similar themes in the Bible that insist we produce evidence to accompany our claims. ‘My dear brothers and sisters, what good is it if someone claims to have faith but demonstrates no good works to prove it? How could this kind of faith save anyone?’ (James 2:14).

The words and intentions expressed in Te Tiriti o Waitangi should have produced positive outcomes for Māori and evidence of a positive partnership between Māori and the Crown, especially when we consider the role of the church in shaping Te Tiriti and in gaining agreement from Māori who signed the spiritual covenant in 1840. However, history tells the traumatic story of the breaches of Te Tiriti o Waitangi and the generational impacts experienced by Māori. Sadly, the founding document of Aotearoa New Zealand was not taken seriously and documented commitments to a bicultural partnership were not honoured.

The Waitangi Tribunal was created as a permanent commission of inquiry to make recommendations on claims brought by Māori relating to breaches of Te Tiriti o Waitangi and/or the Treaty of Waitangi. The Tribunal’s role includes the application of treaty principles to each inquiry into these breaches in order to find a way forward.

In the ‘Stage One’ report from the WAI2575 Health Service & Outcomes Kaupapa Inquiry in 2019, the Tribunal acknowledged that the development of treaty principles continues over time. In their reflection on the well-known ‘Three P’s’ of participation, protection and partnership, they concluded that they were reductionist in their view of the treaty and were now outdated.

In the WAI2575 claim, the Waitangi Tribunal instead applied:

In the same way that the Waitangi Tribunal continues to develop in its view of the treaty and the application of its principles, The Salvation Army must also continue to review its own position and practice. In recent years The Salvation Army Te Ope Whakaora has reviewed its own commitment to Te Tiriti o Waitangi and the implied partnership between tāngata whenua (people of the land) and tāngata tiriti (people of the treaty).

In 2015, The Salvation Army Māori Ministry’s Strategic 10 Year Plan Te Ōhākī was launched and the Army’s territorial leadership committed to four key goals. These goals reflected kōrero expressed by people from across Aotearoa through a consultation process with representatives from various cultures, corps, centres and ministries with the facilitation of Graham Bidois Cameron (Ngāti Ranginui). Following this, the Army’s Bicultural Statement was reviewed and expanded in 2018.

While acknowledging the development of these written documents has been an important step, we must give ‘more than words’ and demonstrate our sincerity so that our collective actions speak louder than our strategic plans and policies. The midway point in the ten-year timeframe gives us the perfect opportunity to review our commitment to these goals and any progress made towards them, as well as looking forward to significant advances in the years ahead.

Titiro whakamua // Looking ahead to 2020

One of the most exciting resources to be released in early 2020, in alignment with Te Ōhākī, is Te Pukapuka Rauemi Māori. This book will provide explanation, context and instruction on why, when and how to use tikanga Māori/protocols within The Salvation Army. It will increase knowledge of formal and informal Māori welcoming process that are also honouring to God. This book should be seen as a supportive pillar alongside local and personal knowledge that exists within corps and centres about tikanga marae/protocols and kawa/procedures. It will help to offer a place to belong by welcoming and recognising the importance of tikanga Māori in Aotearoa.

Every action, big or small, that takes us closer to honouring our treaty partner is a step in the right direction. Our actions as individuals, whānau, teams, as a church, an organisation and as a country are a demonstration of our beliefs and a witness to the world. In 2020, may we see the possibilities, the opportunities, the solutions and a unified way ahead.

I’ve grown up in New Zealand and lived in many places between Gore and Auckland. I’m Pākehā and thought I was pretty welcoming and supportive of Māori. It turns out I was wrong! I didn’t know what I didn’t know, and that had a pretty drastic and negative impact on some of the Māori and Pasifika staff I worked with.

I’d invited some Māori and Pasifika representatives to be part of a recruitment steering group working on human resources policy. I thought they could just slot into the standard process we had set, but I soon realised there was tension in the room. We hadn’t spent the time on whakawhanaungatanga—getting to know each other—or on an appropriate welcome. I had assumed the standard way I run meetings in my culture would work fine—turn up, quick welcome and straight into the agenda. Things soon got worse and terms like ‘colonisation’ and ‘white person’s agenda’ were used. People felt disrespected and some people were so upset they left the room. It was the ultimate cultural clash, despite these people all being mature, good, committed people.

Sometimes you have to crash into a wall to realise that things need to change. This was my wall. It was hard. It hurt. I didn’t know how to do things any longer. The way I had done things for so long wasn’t working. I needed to change.

While I would never have wanted this clash to happen, the journey and relationships that have come from it have been amazing. We were able to have some honest conversations about who we are and what is important to us. We involved Wairangi Jones in a tikanga Māori reconciliation process getting to know each other properly and then we talked about what had gone wrong at our meeting, how we felt, the impact and what to do to ensure it didn’t happen again.

The biggest learning for me was that I didn’t understand Māori or Pasifika culture—I probably still don’t, but I’m learning. I’m leaning into the awkwardness. I didn’t appreciate what it means to really provide a place where Māori, Pasifika and other cultures are comfortable to participate and able to have a voice. I didn’t understand that tino rangatiratanga—one of the basic promises of Te Tiriti o Waitangi—means that where Māori are impacted by a decision, this means they need to be involved in making that decision.

We are now trying to make sure we have Māori and Pasifika reps on all our working groups and that we include Māori voices whenever we are making changes. There has been so much that has happened this year through partnerships between Māori Ministry and others in The Salvation Army.

I discovered this past year that Te Ōhākī exists and has a recruitment and training goal. Once we saw those goals we realised there were some mandates that we had and were doing nothing about, until now.

Hana Seddon (Māori Ministry) and I are working together on many things these days, including this article that represents the partnership of Māori and Pākehā in The Salvation Army, where we weave together our cultures, perspectives and skills. I am learning that there is so much that has been taken from Māori. So many treaty breaches. They need us all to stand with them in their journey as they develop their own solutions to the issues that Māori are facing. I now see the importance of my role of standing alongside tāngata whenua in The Salvation Army. I’m starting to see good things happening. It feels like this is the right time—God’s time—for The Salvation Army to build on the roots of its history and our engagement with Māori. Watch this space!

Our systems, policies, procedures and people reflect an intention to support tangata whenua to live out their Christian faith as Māori.

Our operational models foster and implement a culture of whakawhanaungatanga to better develop an environment that is welcoming and inclusive for Māori and all people.

Our response to the ongoing social injustice of poverty that impacts Māori, shows commitment to reducing inequalities for Māori.