My name is... | The Salvation Army
Skip to main content

Blessing Mlambo experienced deep depression after leaving her home in Zimbabwe, but when she attempted to take her own life, God showed that he knew her by name.

I was raised in Zimbabwe and went to a Salvation Army school. I initially struggled with a father-based religion. My father had sixteen wives, and he was quite abusive—I am completely deaf in one ear because of a beating. I enrolled and got involved with The Salvation Army after graduation, because it was what my school friends were doing. It was only in my late twenties after a personal encounter with Christ, that it took. I had such a vibrant prayer life. I would pass someone in the street and feel the spirit say, ‘pray for that person’, even if I didn’t know their name.

Because of the troubles in Zimbabwe, my husband and I decided to come to New Zealand with our four youngest kids. We were one of only two black families in Greymouth. People were not unkind, but I think because they are worried about offending you, they stay away. It’s an oxymoron, but I felt invisible, yet sticking out like a sore thumb. I became very depressed—I couldn’t get up, couldn’t bathe myself, I slept for hours and would weep all day. I couldn’t pray anymore—it felt like my prayers were hitting the ceiling.

I was walking through town and saw the Salvation Army crest. It was something familiar from home. I went in mid-service and met the Corps Officers, Michael and Sharryn. It was okay, but I left soon after. I was so depressed. All I could think was, ‘Lord, you have abandoned me’. Six weeks later I tried to take my own life. Now that I am studying nursing, I know that the number of pills I took should have killed me. By the grace of God, I just got horribly sick. I was disappointed at the time and decided to make a second attempt two weeks later.

I went for a walk one last time, and ended up outside the Greymouth Corps. I said to the Lord, ‘Show me a sign that you know me by name’. All these weeks later, four people each greeted me by name as I walked in. They were so pleased to see me. It was Christmas time, and they played the YouTube video Christmas According to Kids. For the first time in months, I laughed until tears came down my face. At the end of the service, Michael asked if he could give me a hug. That’s my love language—my kids call me Mama Hugs. As I left, I threw away the pills and cried all the way home.

The following day, I went to the hospital. The nurses sat with me and listened as I wept. They explained that I was feeling the grief of displacement. Because I couldn’t afford to get the help I needed, they called me every day. The GP put me on antidepressants. Suddenly, I could sleep. Suddenly, there was hope. Sharryn visited me at home. I broke down and shared my story. Right then, Sharryn told me that I was her daughter. That’s why I call her Mum now.

I re-enrolled as a soldier—my paperwork from Zimbabwe had been lost—and I’ve moved to Christchurch to study nursing. Sharryn introduced me to her friends there, and they’ve become my family. When I got sick, my other mum, Grace, called to check up on me, paid for my doctor’s appointment and medication, and ensured I had cooked food for the week. My mother died when I was very young, but the Lord has always provided older women to meet my deepest needs. One of my mums, Heather, clean gave me a car—if that isn’t the Lord, I don’t know what is. 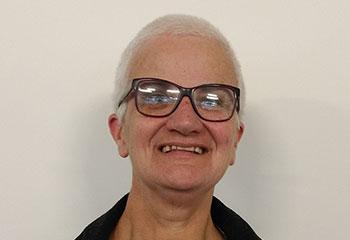 Fiona Muncaster from Dannevirke Corps shares with us her journey to faith and her ongoing commitment to teaching children. I grew up in Hastings...

Changed by the Power of Love

Despite a rebellious past, addiction and a serious motorcycle accident, Tony Rielly journeyed from feeling powerless to freedom in Christ. Even...

Daniel Wilkes is Rotorua’s friendly, neighbourhood Family Store truck driver, with a heart for meeting people and reaching out to the elderly in...